What better day to use than my high school graduation and 5th blogging anniversary to post this?

Five years ago, a fun site named Diary Of A Wizard hosted their first Ravenwood Ball. I had been posting on the site for a couple weeks and decided to give this fun event a try -- mostly just to gawk at "famous" wizards, to be honest. While there, I met Malorn Willowsmith, the Sorcerer of the Spiral. He ended up giving me the boost I needed to get started in this community, and before long, I was tweeting like a madman. And, well, blogging like one. Seriously, I would not recommend visiting my 2010 self. Anyways, just over a week ago, Malorn came back to Wizard101 -- trying to finish what he started, so to speak. The approach to never quitting won't work here, though. I can't just go off to college and leave this blog here as a graveyard, with some random last post ranking a few things across W101 and P101. I owe whatever readers are left and whomever may read this in the future a full goodbye post brimming with nostalgia and all that jazz. And here is where it begins.

December 2nd, 2008. It was a dark and snowy evening. My friends had been talking about a game, and I went to the computer after dinner to try it out. I beat Unicorn Way on an ice character named Andrew Pearlward, yet I couldn't even figure out how to exit the game. So I shut the computer down and asked my mom for a $10 monthly thing that would get me into Cyclops Lane. Somehow or another, that happened.

Fast forward two years. Wizard101 had been more than a hobby for me ever since I got back into the action earlier in 2010. Through the community, I was brought into a Skype chat in the spring of 2011.  How that happened, I can't say. The memory has disappeared -- I just remember awkwardly testing out all the old emotes at first. Wizard101 was the common bond behind us all, but the conversation topics often deviated to other elements of our lives. As to be expected from a strange group of young teenagers, there was plenty of drama for awhile. People came and went. Four years in, though, it's pretty settled down now.

These friends mean everything to me now. Honestly, I have no idea where I'd be without them. I never really made any concrete friends during high school or did anything spectacular, so the fact that I already had friends to come back to -- if on the internet -- was a huge morale boost at the end of the day. With any luck, I'll be able to meet some of them in person one day, all thanks to the Spiral.

It may be hard to believe sometimes, but you're definitely the glue behind the chat. None of us would still be here if you hadn't been around. Thanks for being a super sweet and amazing artist and for just being you!
I'm really glad we've become better friends over the last couple years after some weirdness early on. Whether lurking or talking, you're always willing to lend a listening ear. Thanks for being there in more ways than one.
Way back when, it was cool to have you as a random W101 friend. Thanks for joining the community instead of fading away. It's really cool that we're still good friends and that I introduced you to even more friends! 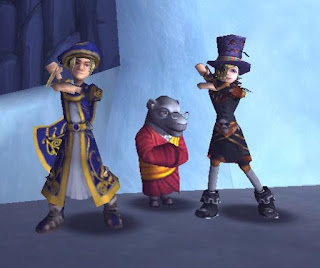 You were a really close friend several years ago, and it's great to see you back! I hope you stick around as different chapters of our lives begin.
Thanks for... I don't know, being crazy half the time? And for being my best friend for all intensive purposes. The fact that you still hang with your introvert pals and create new inside jokes all the time is really appreciated.
You need to be in here just so I can thank you for being multitudes smarter than I am when it comes to college and other subjects. I was stumbling in the dark in regards to those matters. Have lots of fun in the Windy City!

To conclude, a few words on the future beyond this blog.

Just to clarify one thing, nothing is going to be deleted. The blog has been capped at 373 blog posts, but those aren't going anywhere. The other pages of the blog may actually continue to be updated ("Wizard101 Reagent Maps" and "Cast of Characters") beyond this post. I don't want to abandon such a large and helpful project, and it would be nice to continually update on my in-game progress apart from actual blog posts.

I will post any updates to these pages on my Twitter account (@arlendawneyes) for all to see. So, yes, I plan to remain in the community on a somewhat inconsistent basis. When new content comes out in both games, I will play it, but I probably won't be online as much beyond this summer. Either way, the end of the blog doesn't mean the end of questing and other fun activities.

Aaand... there really isn't much to say beyond that. This is The End, but check back periodically for progress in my reagent mapping and so forth.

For the last time,
Happy Farming! 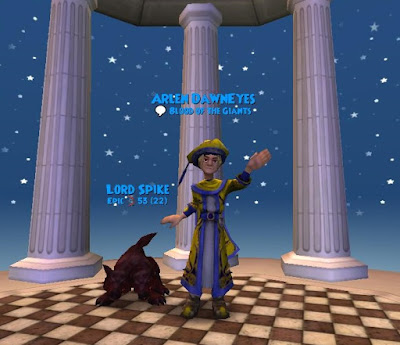 Or as my Skype self would say,
..ANOTHER ONE BITES THE DUST.