Any wizard or pirate with some playing experience knows that Kingsisle frequently uses "Easter Eggs", or puns/reference to mainstream culture (i.e. Marleybone's many Victorian landmarks, such as 'Barkingham Palace'; or the Zeke quests in every world named after a band). It shouldn't come across as a surprise, then, that Wizard101 and Pirate101 use larger reaching references on occasion, including historical figures.

One of these wide-reaching historical references occurs in Pirate101, the subject of this post and of a new segment that I may or may not post often on - History101! Coincidentally, Wizard101's Twitter just gave away a bunch of free Amber reagents, so this post is even more appropriate.

There are many comparisons between P101's Amber Horde enemies and the 13th century Mongol Empire, which stretched all the way from China to Greece, and as far north as Siberia. Here's a map to put their empire into perspective:

Is it any surprise that the Mongols had the second biggest empire in history, just behind the Brits?

In Pirate101, some of the place names on the map make an appearance. Take, for example, this boss ship in Subata Skyway:

The name of this ship is Samarkand, currently the second largest city in modern-day Uzbekistan, but it's wordly role was much more important many centuries ago. Samarkand was a big city on the Silk Road, a huge trading route connecting China to the Mediterranean. I'll keep the summary short, but it was notably an Islamic cultural center that became the capital of the later Turko-Mongol leader Timur's empire.

Did you notice that the boss of this ship is named Timur Khan? That's no coincidence. Timur - often called Tamerlane - envisioned a new Mongol Empire, and destroyed many Asian cities in the process. His campaigns probably resulted in the deaths of some 17 million people, or roughly 5% of the world's population at the time. Here's an interesting anecdote as well: his casket bore the words "Whoever opens my tomb shall unleash an invader more terrible than I". Two days after his body was exhumed by the Soviets in 1941, Adolf Hitler invaded the U.S.S.R. Maybe his post-mortem curse held some validation.

One other notable item on the map in relation to Pirate101 is the Chagatai Khanate.
Who is Chagatai in Pirate101?

In the main quest-line, he allows us to travel through Subata Skyway, and directs pirates to Subata's Library of Contemplation, which holds the 'Scroll of Secrets' (something important in the search for the Marco Pollo map piece). He also holds the side quest named 'The Moo Manchurian Candidate', which in turn is a reference to The Manchurian Candidate, a novel published in 1959 about a fictional assassination plot (which is foiled in the quest given from Lord Chagatai).

In real life, Chagatai was the second son of Genghis Khan. He inherited some Central Asian territories that came to be known as the Chagatai Khanate, which lasted as an offshoot of the empire all the way into the 17th century.

So, if you look at it, P101's Lord Chagatai and the real life Chagatai Khan have little resemblance. In fact, Lord Chagatai is a key force against the Amber Horde, making us sink ten of their ships in the 'Serenity Now' quest. Looks like Kingsisle just used Chagatai as a name reference for one of their characters in this case. Still a cool character, though!

Those are just lesser references to the bigger subject at hand though. For one thing, how did the Mongols and the Amber Horde physically compare?
Here are the Amber Horde enemies in game:


(Mongols destroyed any place that had any opposition against them, so the Amber Horde's Return Fire and Vengeance Strike talents are somewhat significant.)


Yes, they're horses. I'm willing to bet that some Kingsisle artist/writer didn't just say: "Hey, you know, we should make these guys horses, instead of lions, tigers, or bears (or any other species)". The Amber Horde warriors are probably horses for a suitable, historical reason, and not just because the word "Horde" is one letter off from "horse".

In Mongol tribes, children were supposedly "born to ride horses." This is because they were taught at such an early age in riding them, resulting in many Mongols becoming experts in equestrian pursuits. This served them especially well in warfare, enabling them to travel up to 100 miles in one day! About 60% of Mongol troops were cavalry archers (like the Amber Horde Crossbowman), the remaining 40% being armored soldiers (like the Horde Raider). 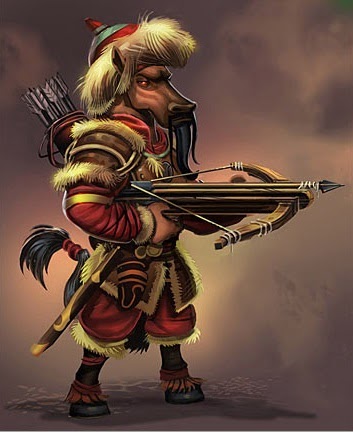 How did they dress? Well, Mongol warriors liked to attack in winter, when enemies were often vulnerable. So, naturally, they wore heavy fur-lined coats belted at the waist, much like the concept art figure to the left. All in all, Kingsisle did a great job rendering P101's Amber Horde enemies to the actual Mongol warriors, especially in their choice of species.


Last - but most importantly - what's in a name? As a gaming company, Kingsisle wouldn't just make tons of historical references without having the general label of the enemies mean something. That's why the 'Amber Horde' term is also a reference to one of the Mongols many khanates/territories, this one composed of the Empire's northwestern areas. I'm talking, of course, about the 'Golden Horde', Mongol lands reaching from Siberia to Eastern Europe's Danube river. These lands are mostly in modern-day Russia, much of which was occupied by Kievan Rus people at the time. One of Genghis Khan's grandsons, Batu, conquered most of these peoples, founding the Golden Horde. An important figure on the other side was the Prince of Novgorod, Alexander Nevsky, who chose subordination to the Mongols instead of them destroying the surrounding cities (a pretty smart choice when you look at it).

Of course, in Pirate101, the Amber Horde is a plight to Mooshu. In China, Genghis's grandson Kublai Khan was responsible for the Yuan Dynasty, which re-united several other Chinese dynasties. The real Marco Polo actually observed parts of his rule in his merchant travels, and gave a positive description of Kublai. The Dynasty was the first time China was ruled by non-native people, and only lasted about a century. Of course, it should be remembered that the Mongols conquered countless cities and regions, putting the corresponding death toll in the millions. It's only appropriate that they play the role of bad guys in Mooshu where they are often quoted as "barbarians", just as the native Chinese saw most of the Mongols. So, although the real Golden Horde attacked Russia, P101's Amber Horde attacks Mooshu. Nevertheless, the similarities are abundant.

Outside of Mooshu, there is one barbarian/Horde character who is actually a good guy. Swashbucklers get Subodai as their starter companion. Personally, being a Privateer with no alt Pirates yet, I know little about him. I almost want to make a Swash right now, but that will have to wait :-P. Subodai's name actually takes origin from a favorite Mongol general of Genghis Khan, Subutai (also spelled 'Tsubodai'). Subutai actually went as far west as today's Eastern Europe, utterly destroying Polish and Hungarian armies through tactical brilliance. I'll leave Swashbuckler readers to determine if Subodai and Subutai warrant much comparison aside from their names, as I have no idea if Subodai is an adventurous strategist or not.


*Note: Most game-related pictures on this blog post come from Pirate101 Central's Wiki pages, as my laptop stinks at taking screenshots and editing them.

Those are about all the comparisons I can draw between the Mongols and the Amber Horde, at least in one blog post. If you can think of any other references between the two, let me know - or even better, comment with an idea for a History101 future post ;).

Also, if you thought this post was fascinating, or simply too long and boring, do give me feedback on how I should structure these types of blog posts. This one was especially informative but fun to write! :P

I'll probably post about my final adventures in Khrysalis Part I on the next post, plus an additional trivia giveaway. Maybe the Test Realm for Khrysalis Part II will be out by then, who knows. Every day is one day closer to the end of Morganthe's reign over the Spiral, after all.


Posted by Arlen Dawneyes at 7:30 PM No comments:

As 2013 comes to an end, I realized that I never posted my romp through the Floating Lands on Christmas Day. I should probably include something else as well, since I just took pictures of Tarlac killing bad guys ... 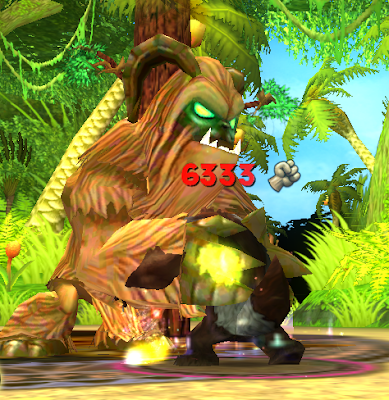 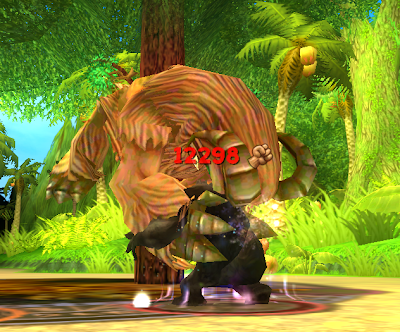 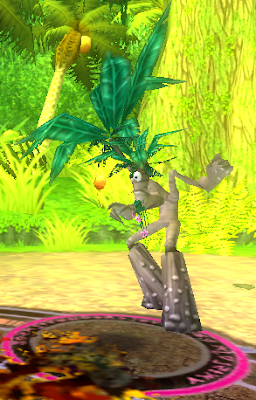 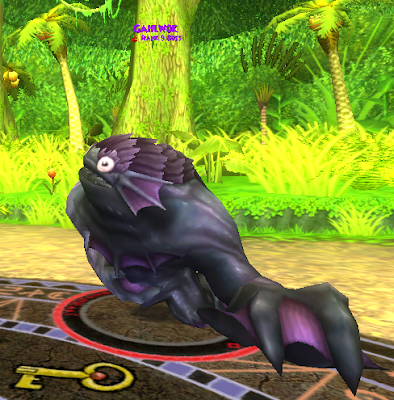 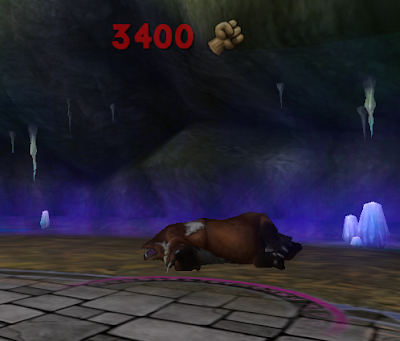 That was fun. I did most of it while watching Hawaii Five-O, too. Extra Tropical Christmas points!

On a more productive note, to finish 2013, I completed a long sought-after resolution. 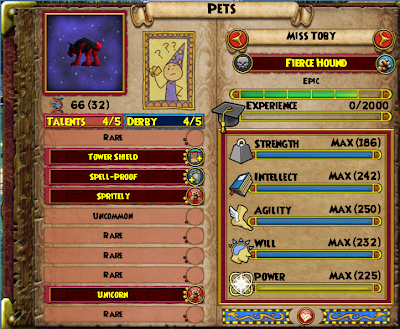 3 awesome talents, on the same pet.
I would like to thank my new Yuletide Spirit for the Unicorn gene, to my Couch Potato/EMP garden for excess pet snacks, and to the Cannon Game for easy training.

Here's for 4-5 awesome talents on a pet during 2014! I'd make more resolutions, but meh. Who remembers those?

Posted by Arlen Dawneyes at 1:11 AM No comments: