Khrysalis - End of the Beginning 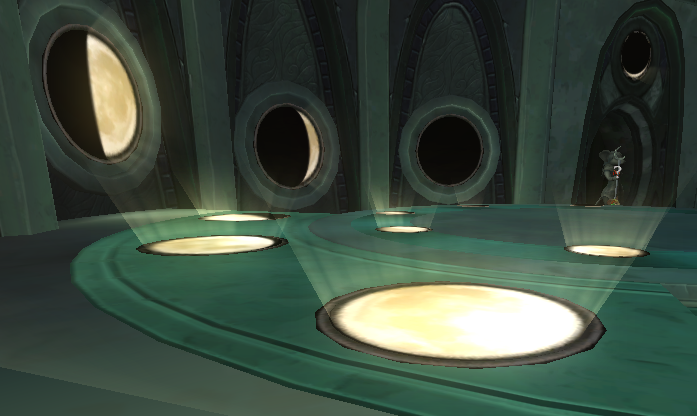 Here is where I began the final part of the first half of Khrysalis. That made sense, right?

Who do you think I am, the cast of Armageddon? 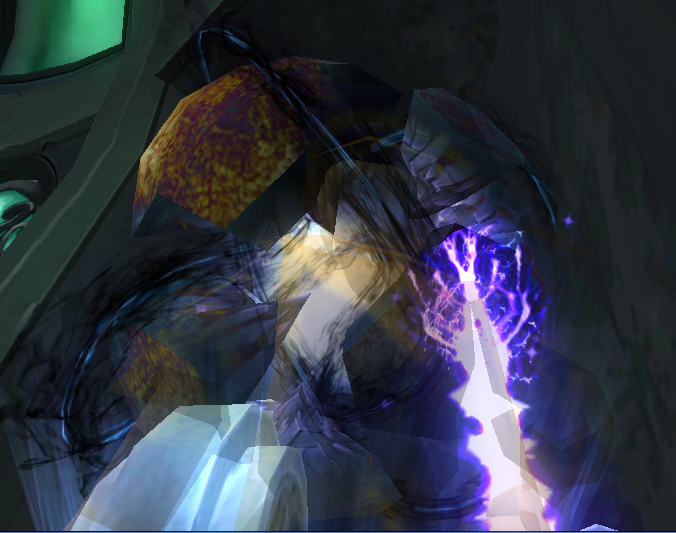 With Khrysalis being a very diverse place, there are some pretty funky picture opportunities - 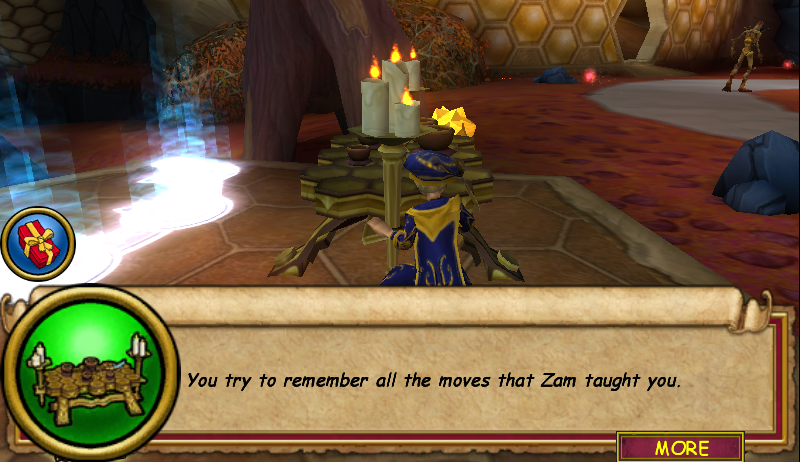 OK, so it's kind of like bee twerking. With an added flourish. Not bad.

and a bit too cute. D'awww. 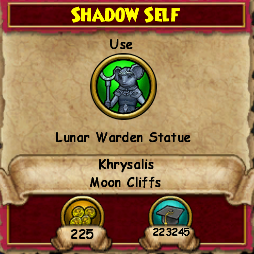 Everyone likes generous EXP rewards, but I'm already Level 95.
Fortunately, once the max level is raised, my future characters will get a large arbitrary amount of EXP from some of these quests.
It actually seems like Kingsisle overdid it on those amounts. Long gone are the days of being forced to do side quests to reach appropriate levels. It's not like I can plan a Policeman's Ball here, though.

:D
I can't express how happy I was to see Dyvim alive again. I spent most of my time in Last Wood thinking "if only Dyvim was here..."
It was kind of hard helping the lady who killed him in the first place, but what goes around comes around I suppose.

I can't wait for Part 2. A burning celestial sea? Hopefully it's as awesome as it sounds. Make it good, Kingsisle (and please kill off Morganthe). 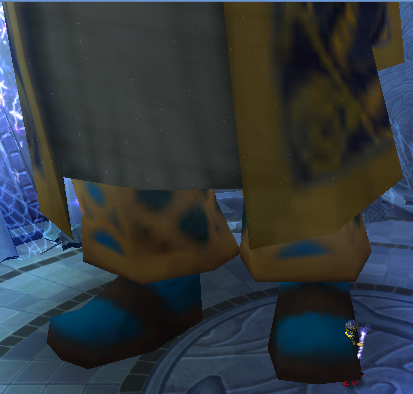 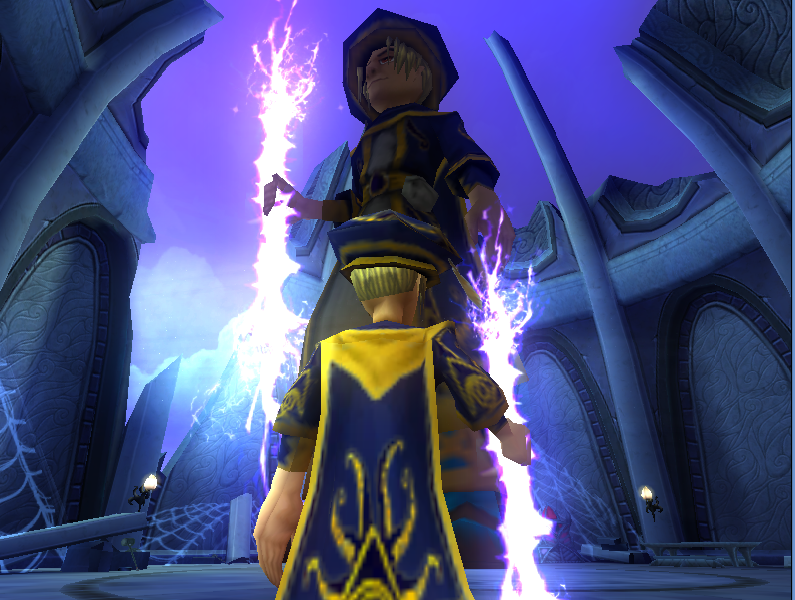 I really like this picture.
I might as well be Zeus, standing in a giant fortress holding a giant thunderbolt.

If someone could photoshop Arlen's face onto that, it would be much appreciated ;) 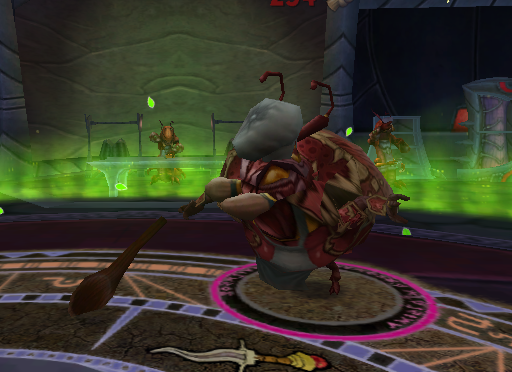 I actually managed to solo Hisser with a revised spell deck, a lot of luck, and one henchman.
If you haven't heard, he drops a really cool PvP pet as well. Some day, I'll farm the bug juices out of him :P 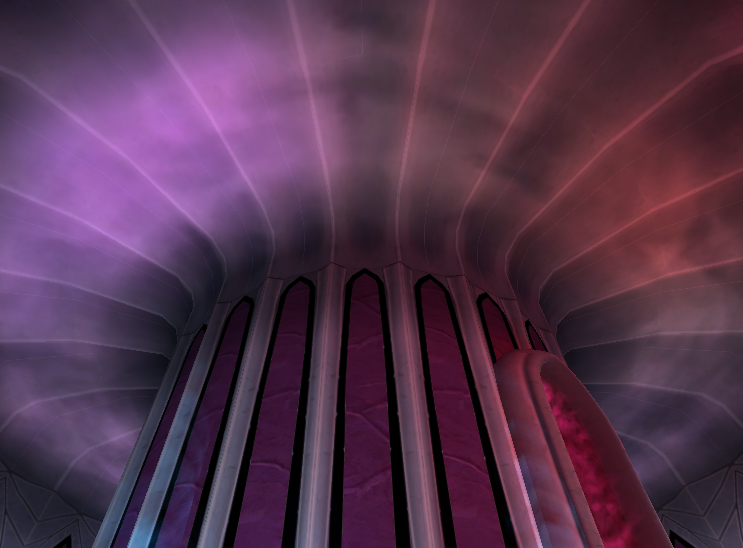 On to the conclusion ---

Marleybone or Mooshu descent, take your pick.
Or maybe Avalon with the minstrel lyrics *sigh*. 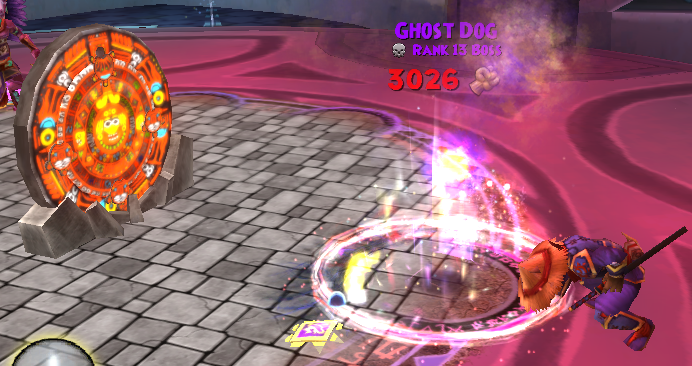 Ghost Dog seemed remarkably easy without cheats or minions.
Then he popped up again with cheats. And minions.

I'm going to go out on a limb and predict that the Starfall Sea will be the underwater area of Khrysalis -
it was Mirror Lake in Zafaria, Lake Nimue in Avalon and Pitch Black Lake in Azteca.
Appropriate that the last world of the Morganthe saga will have a sea (like Celestia) instead of another lake. "Starfall Sea" sounds so cool! (I believe I already mentioned that...)

Or as Sylvia Drake put it -

Posted by Arlen Dawneyes at 10:30 PM No comments: