Khrysalis - Where The Shadow Things Are 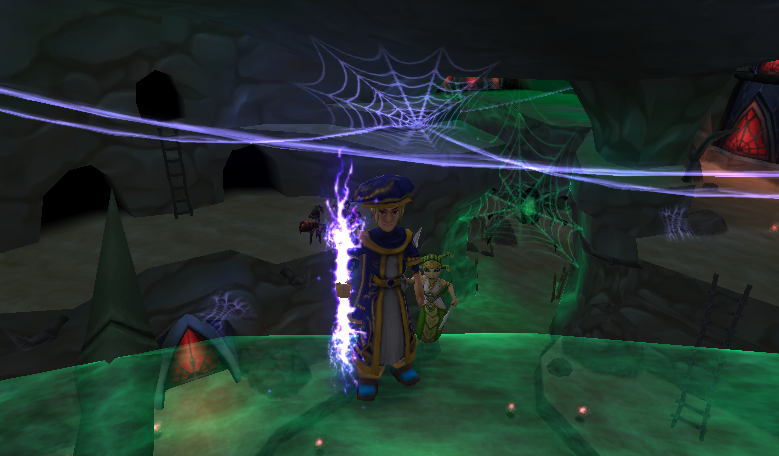 Home to the alpha-arachnids of the Spiral, the Hive's "dark and twisted nature" is pretty apparent throughout, from the towering Magi to the mutation machines. The farther into Khrysalis, the weirder the creatures, apparently (even more so than this title's Maurice Sendak reference).

To start off the various references.. 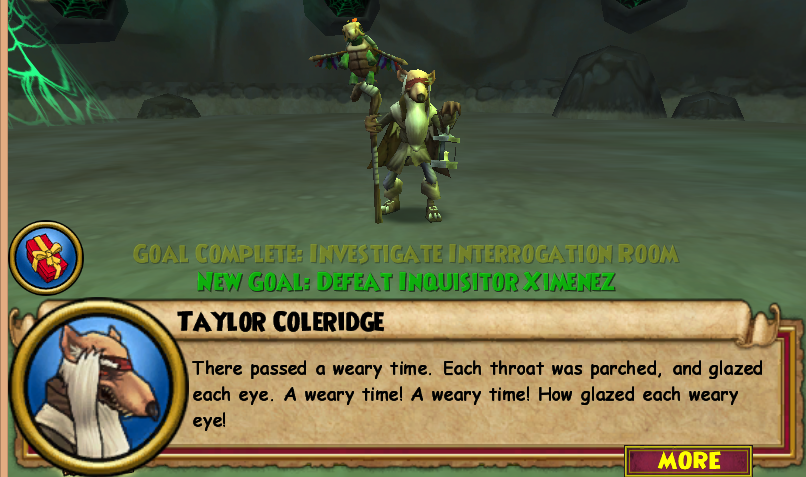 I finally realized that Taylor Coleridge has been quoting from "Rime of the Ancient Mariner" all this time. Samuel Coleridge probably wouldn't be amused with being portrayed by a rat :P 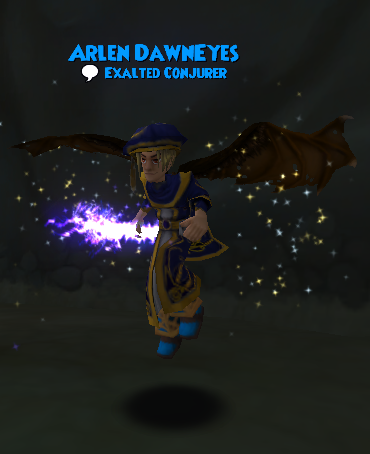 *Ding* new level cap :D
In the second arc, the level titles kind of fell off track. After Grandmaster, levels 60-100 would go better in this order: Archmage, Exalted, Transcendent, Promethean, Legendary. You can't really go much higher than that without sounding like a supreme being.
(Fun fact: The original title for level 80 was Omnipotent in Avalon's Test Realm, but was changed to Archmage, as the former basically means "god-like"). 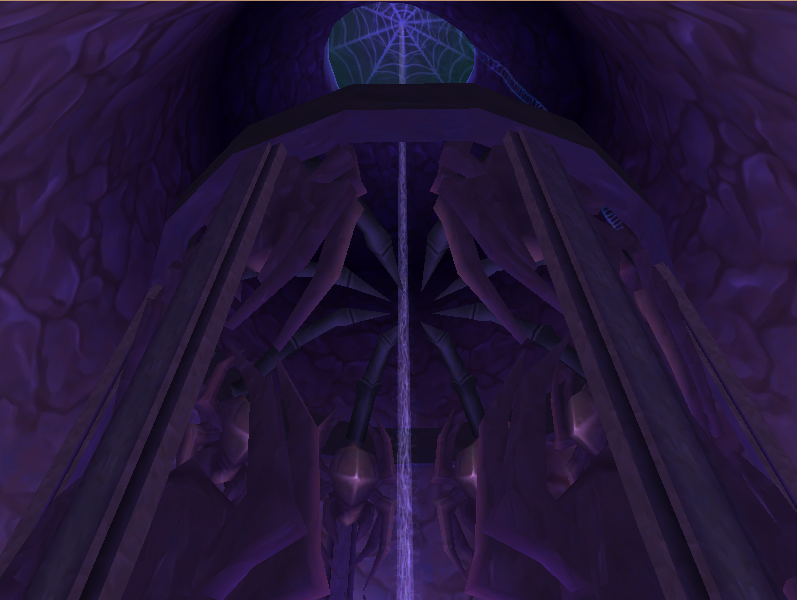 I get to celebrate my Exalted-ness by going down a spider web into subterranean depths. Cool. 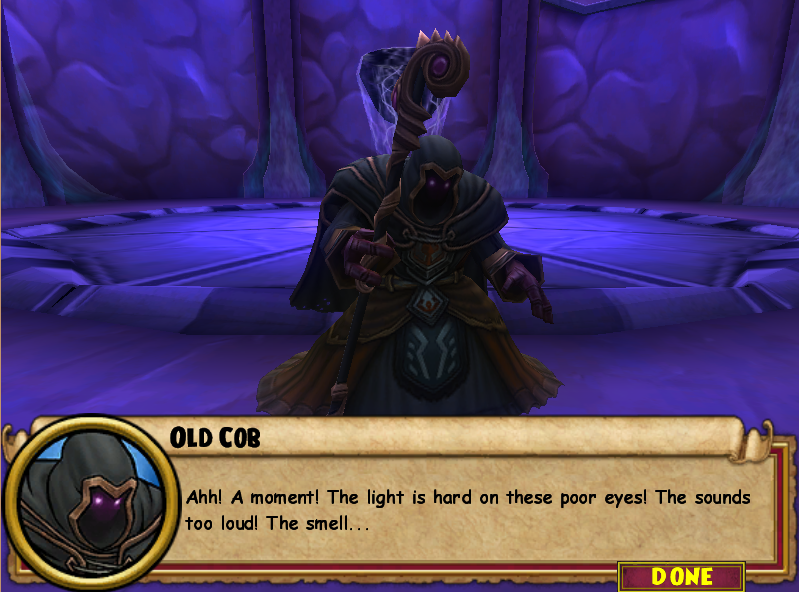 Shrouded in secrecy - literally and figuratively - Old Cob appears to be a very complex and, well, ancient figure. The Khrysalis Orbs history quest expounds on this guy a bit --

In just two moving pictures (100% credit of Swordroll's site), the shroud becomes a little more transparent, yet more questions appear. As Grandfather Spider seems to be Old Cob, will Grandma Raven play a prominent role in the next arc? Will Shadow Magic be connected to Khrysalis as Astral/Sun/Moon was to Celestia? Will we have to battle even more spiders? 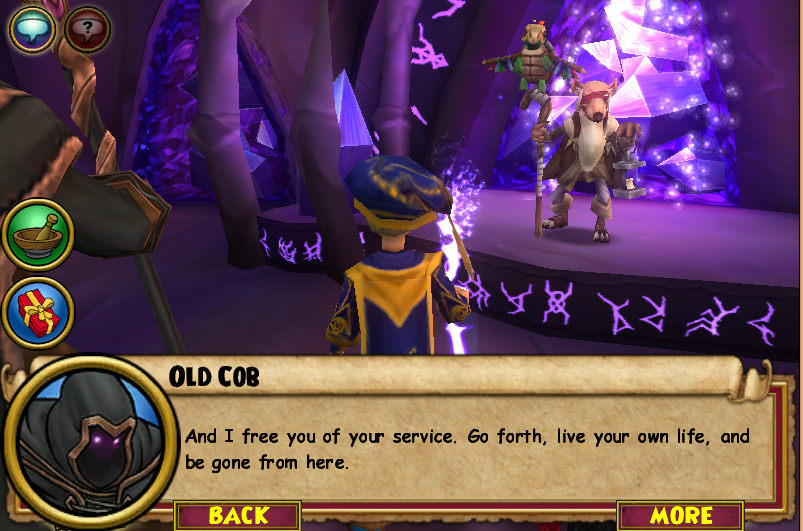 Well that was... odd. I guess Coleridge will live out the rest of his days back in Scrimshaw as a crazy old guy no one bothers with.

Might as well bring a Valencian dude into this. 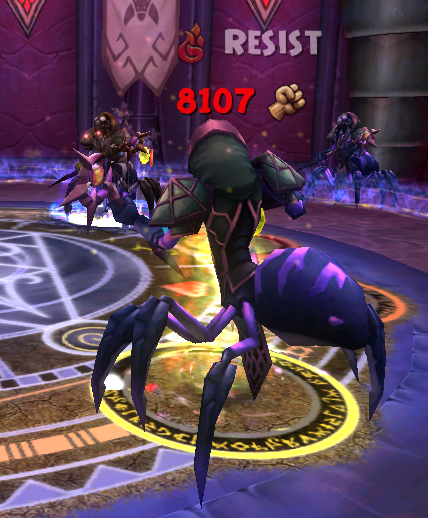 As expected, The Hive didn't go without a shortage of colorful cheating warlords. 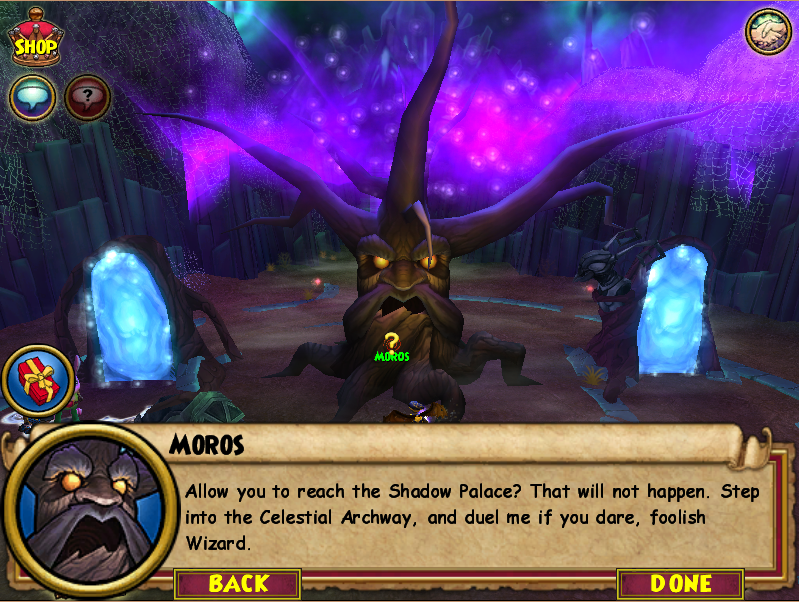 As if the new school wasn't volatile enough, Shadow has its own tree to guard the Palace -- and a Celestial Archway. Ravenwood can't live up to that.

Moros' roots are even more twisted than harpies, somehow. 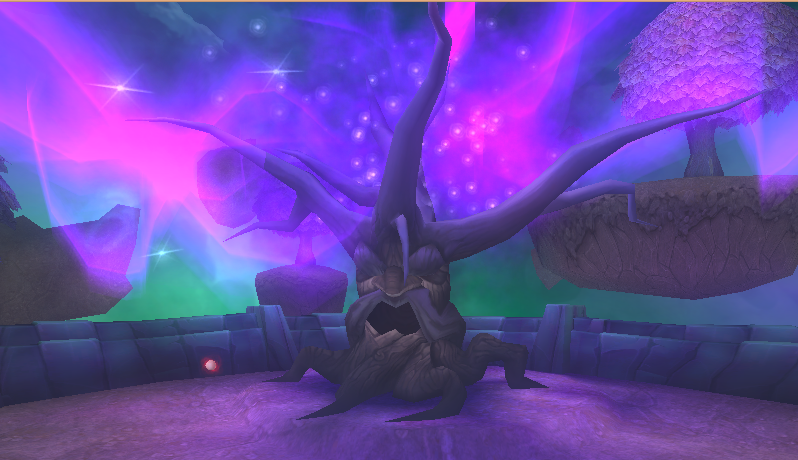 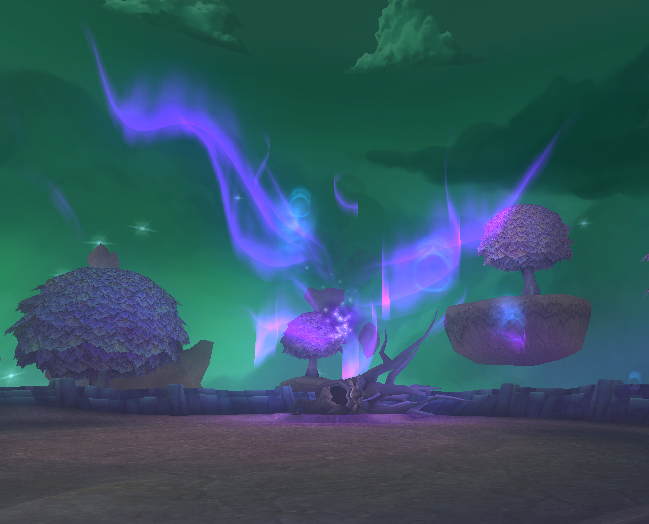 Thus setting up a dramatic finale for the last questing post.

Happy Questing!
Posted by Arlen Dawneyes at 8:30 PM No comments: 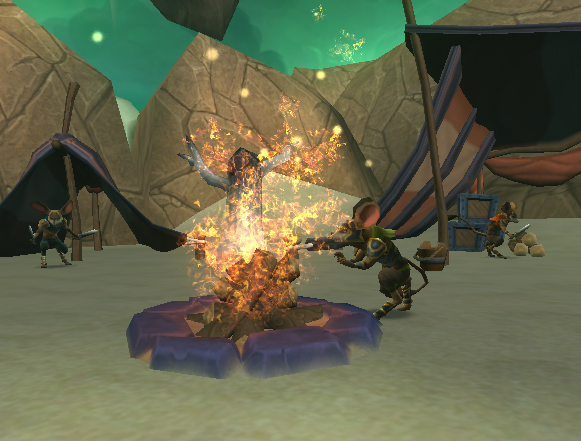 If Khrysalis is like Australia, the Khonda Desert is its Outback. That would mean it takes up most of it's land mass though... so never mind. But, the Desert does contain some pretty exotic mice and rabbit tribes.

My tribe name shall be Arlen The OneWhoKills :P 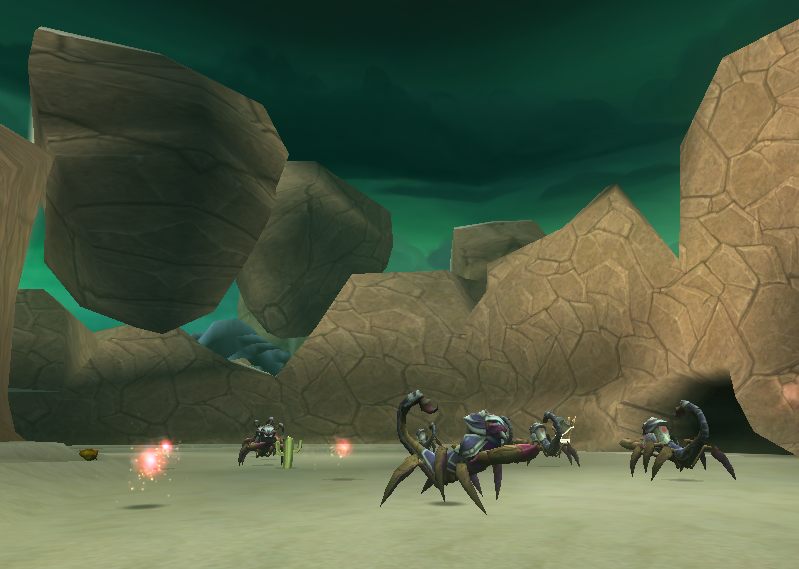 The other neighbors aren't quite as friendly, unfortunately.. 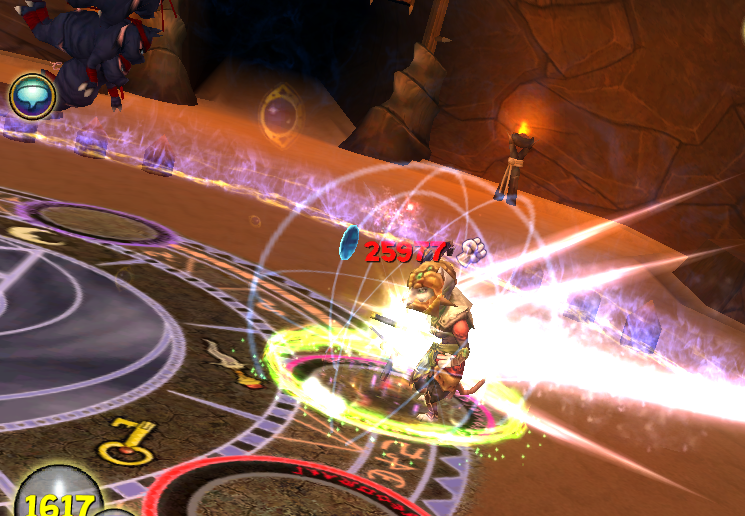 Dyvim will always be my FFF *hugs* 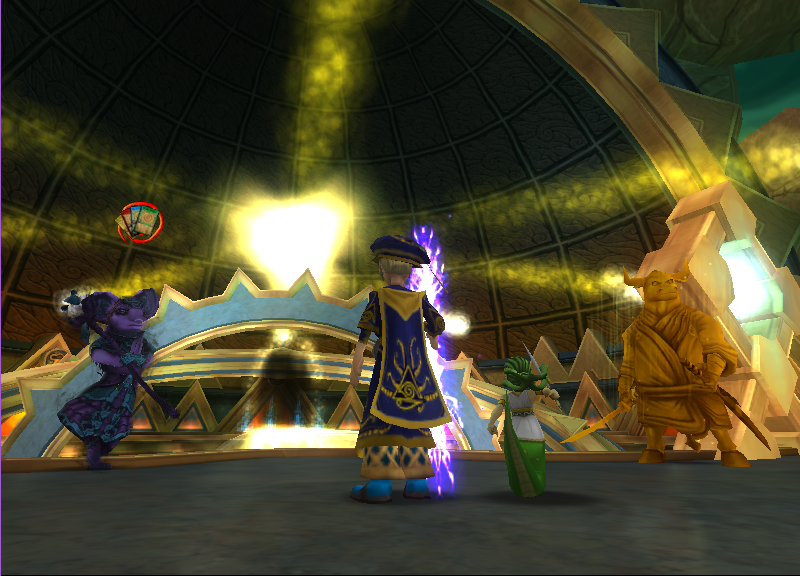 The Solar Arc. Time to unlock the gears of the machine, I guess. Sounds like a place the Armada would like.

He's definitely not referring to tornadoes, though.

Finally, the wicked witch of the place. Who isn't so scary when you realize.. 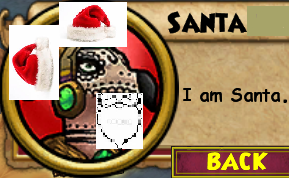 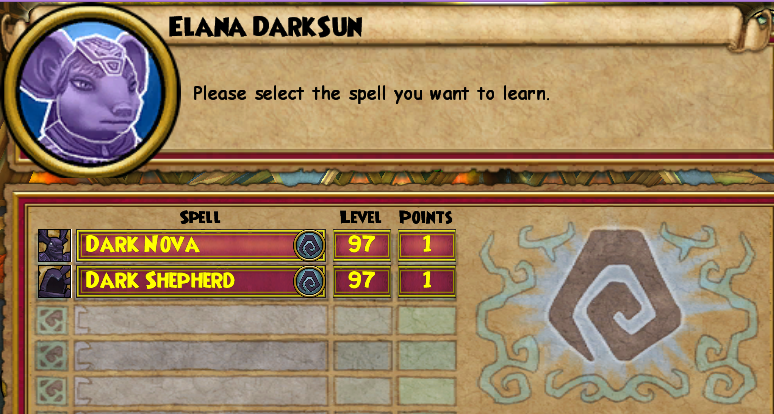 I didn't ask for this though :(


Morganthe's weird obsession with spiders lies ahead.
And this. Stay tuned for the dramatic entry of a seminal character sometime next week!

Posted by Arlen Dawneyes at 5:30 PM No comments:

It's the shortest area of Khrysalis, but probably the most informative. It's Radiance, but also Remembrance... in a really twisted way.

What did I say? Back to Ghost Avalon :P 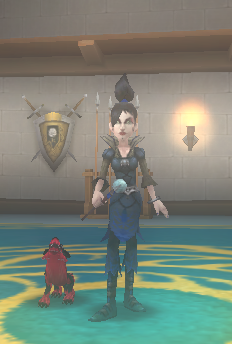 And an eviller Malory? D: 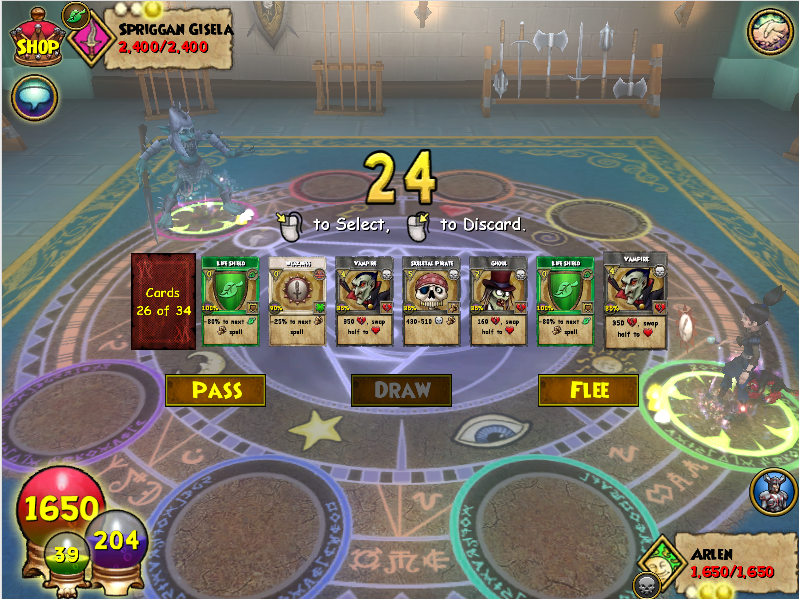 I must admit, it was fun playing as a weaker Death character. Even if it was Morganthe..

Which means, instead of terrorizing Avalon, she had to terrorize the whole Spiral *sigh*. 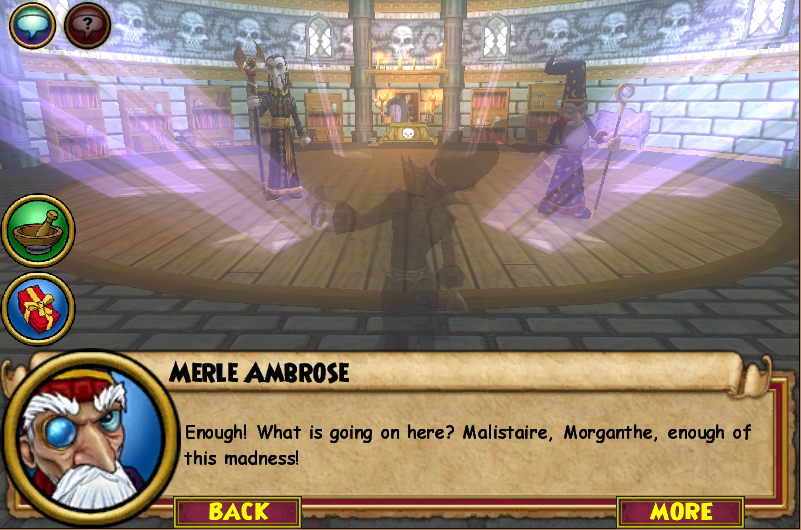 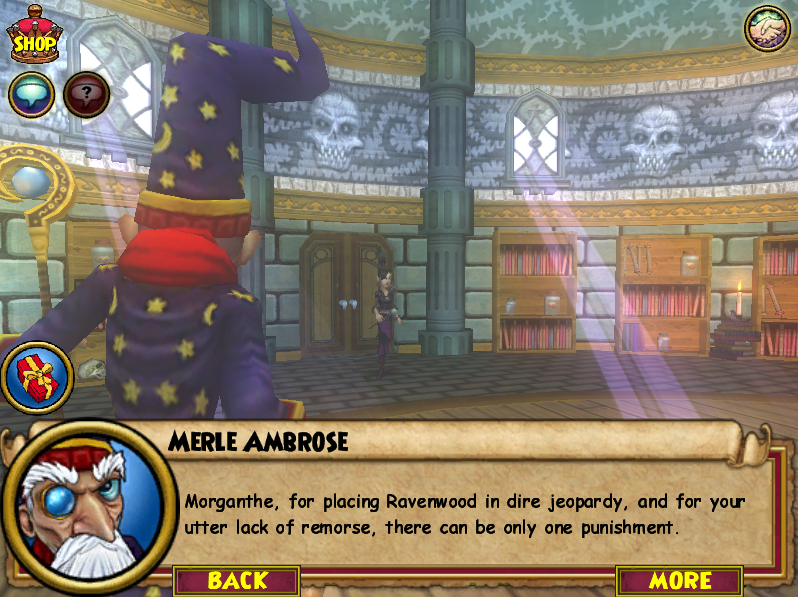 So was colliding heads with Morganthe a possible catalyst for Malistaire's doomed Spiral takeover? Why did Morganthe seek [Undead] Malistaire's help in Azteca if they were at odds once? This opens up a lot of questions. The only obvious fact we learn from this episode is the final event that led to Morganthe's dismissal from Ravenwood. Ah well. 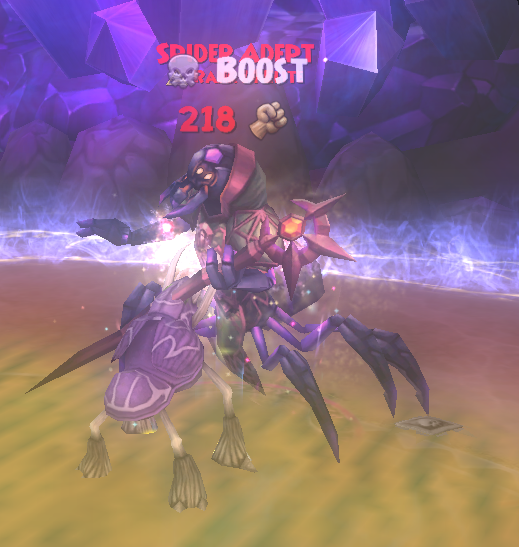 Battling enemies with an already set deck was sort of a cool throwback experience. The battles were pretty difficult, but brief and manageable. Kind of miss that type of system. 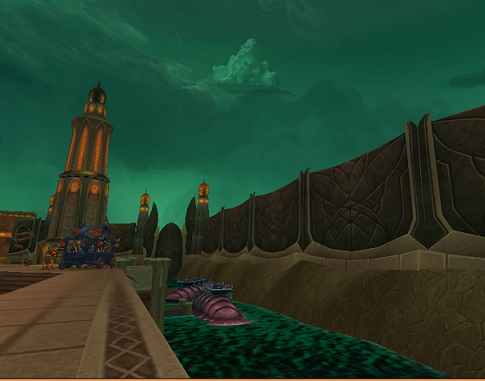 Time for Sardonyx!
Basically the Mantis answer to Bastion, Sardonyx (aka Zha-Te-:Ke:-Zang-Zeeyun) was likely a once vibrant community, but has withered under the Shadow Queen. Even the ruling Troika Council lost influence as Morganthe's warlord Balor took power. 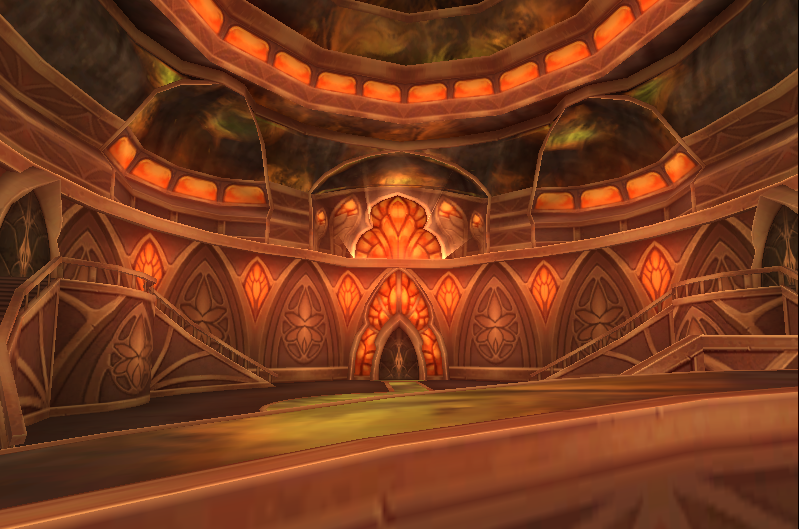 This is a pretty awesome place to take over, admittedly. 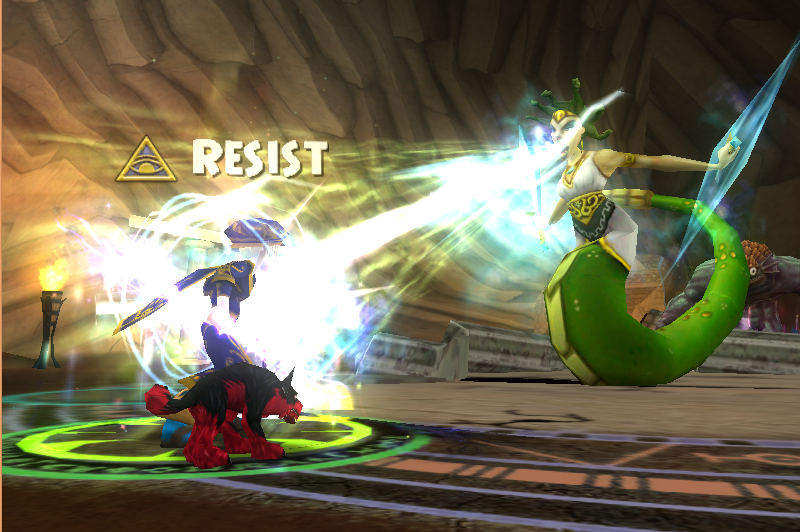 Time out to get my Medusa pet! Really, Phorcys? 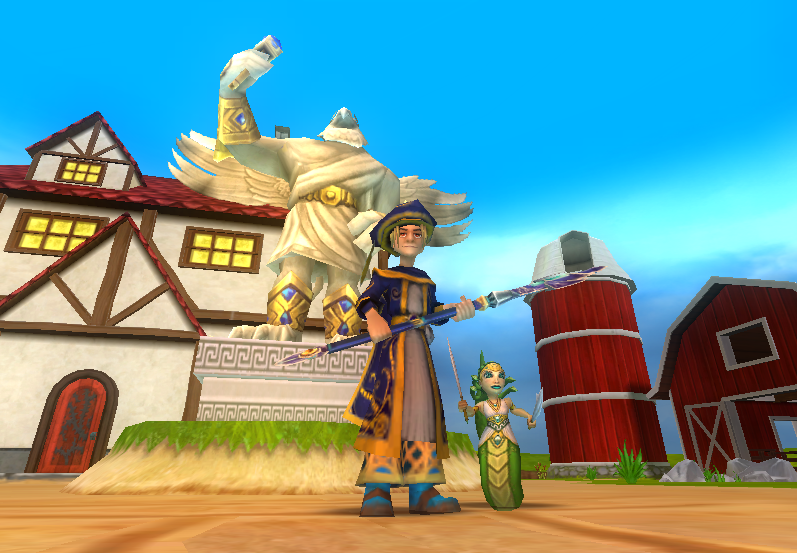 Got to chill with Mr. Taz afterwards :)

Had to deal with a little superiority complex to prepare for... 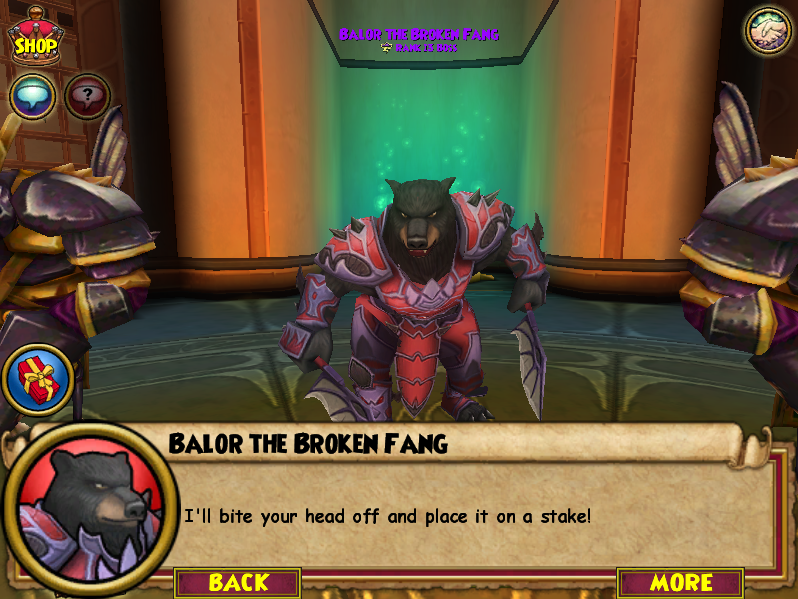 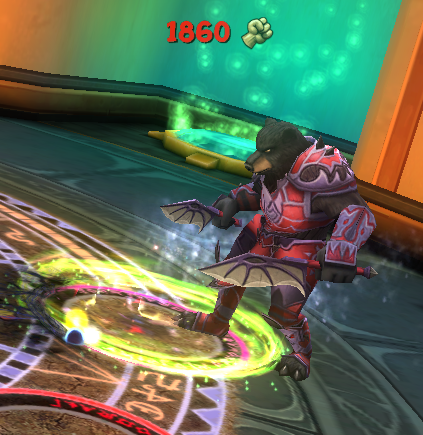 Nothing a Ninja Pig - and a few other attacks - can't handle. 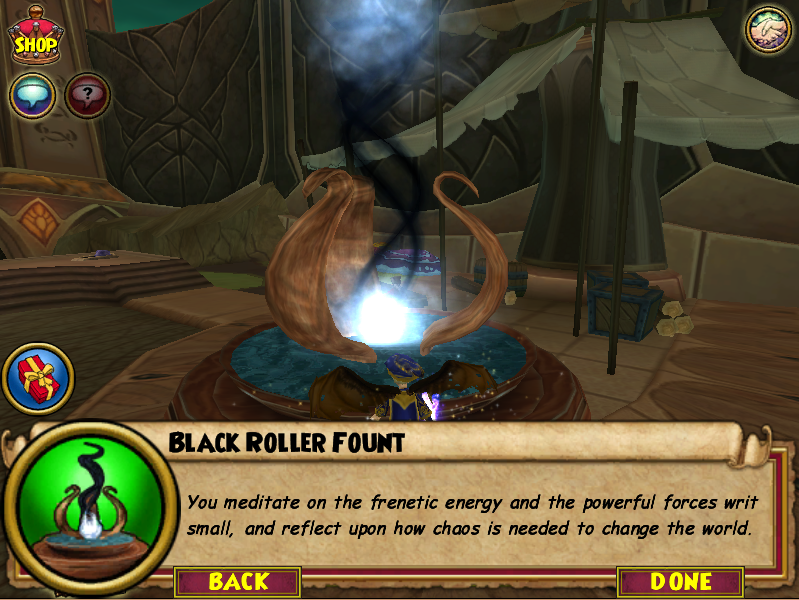 Next up is the Khonda Desert! I'll be back next weekend, hopefully.


Posted by Arlen Dawneyes at 7:00 PM No comments: