The Morganthe saga is ending (hopefully), and so are these questing posts. I figure that, with Morganthe being desposed, a new saga will come up and I can take my leave from these posts I began in Celestia. It was a good run, but I'm honestly just bored of pictures and captions lol. Doesn't mean I'll stop blogging after Khrysalis, though.

On a lighter note -- 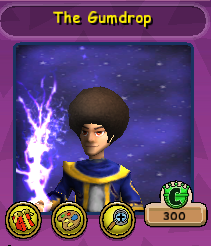 The perfect hairstyle for my Celestian disco room ;)

Khrysalis, meanwhile has kicked off with some pretty amusing characters and prose so far.

Yes yes, rat with a turtle on a stick.

Not so poetic but to the point. Gotta love ghost trolls.

...or that crazy toupee hairstyle.

I'm taking a Giant Beast that acts like a cat into an ocean? Oh boy. 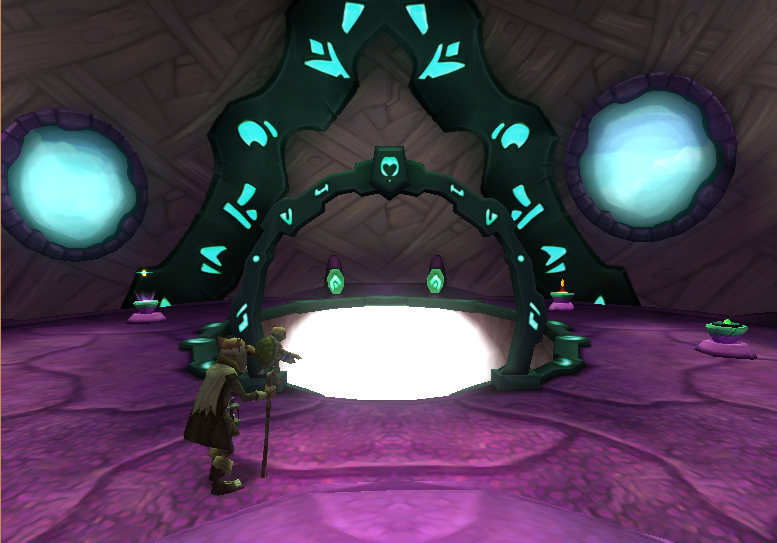 So the inside is like an awesome bug submarine. If I can't go into the Starfall Sea, this is the next best option, I suppose. 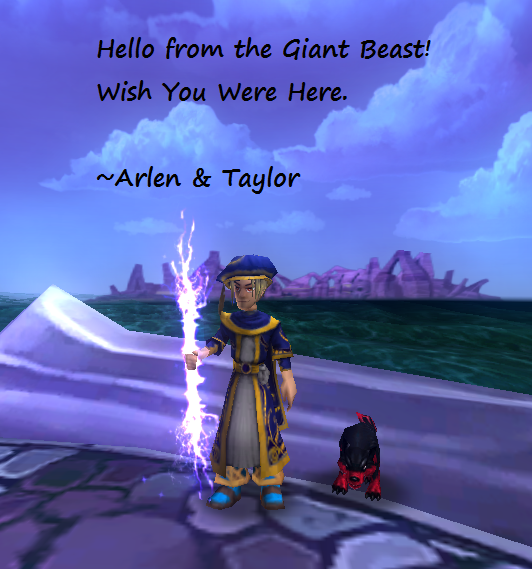 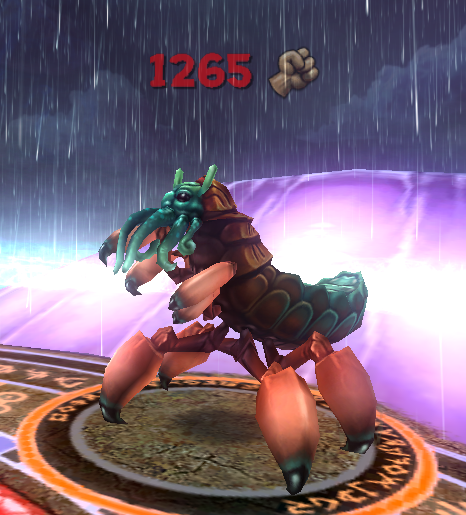 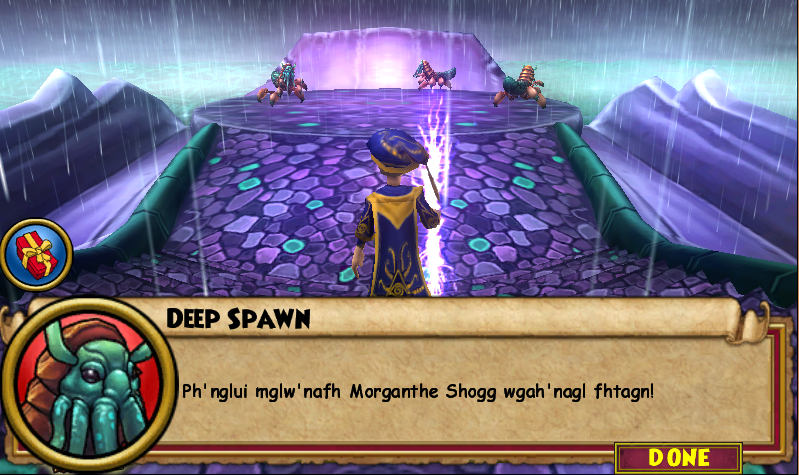 Needed an expensive life henchman for this battle. If only they were scorpions ---

Crescent Beach and Taylor Coleridge's story was a little dull, apart from meeting his various shipmates. Crossing the sea to Alcazar was really cool though. 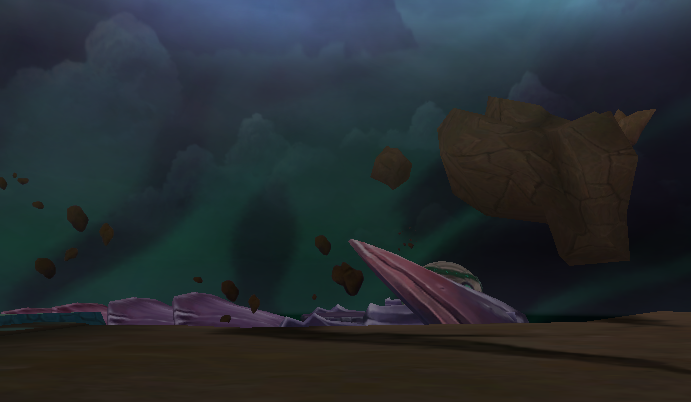 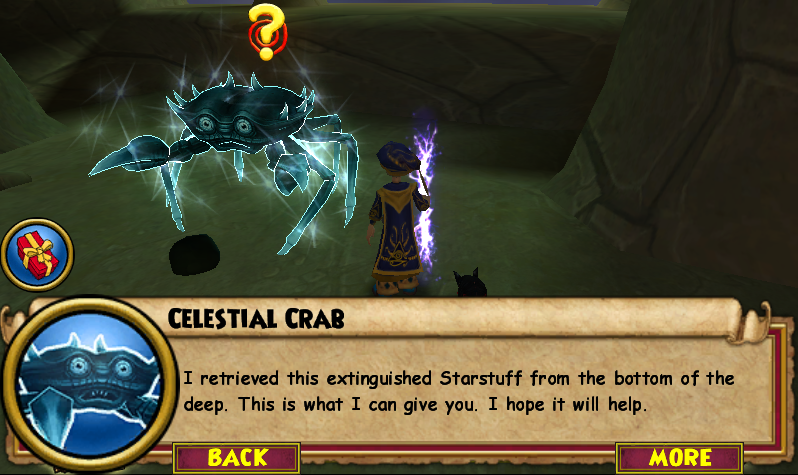 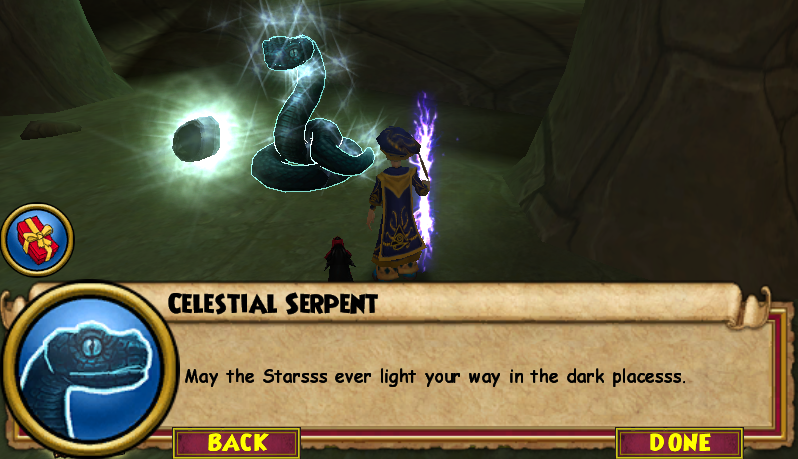 Celestial spirits are fun to rescue. 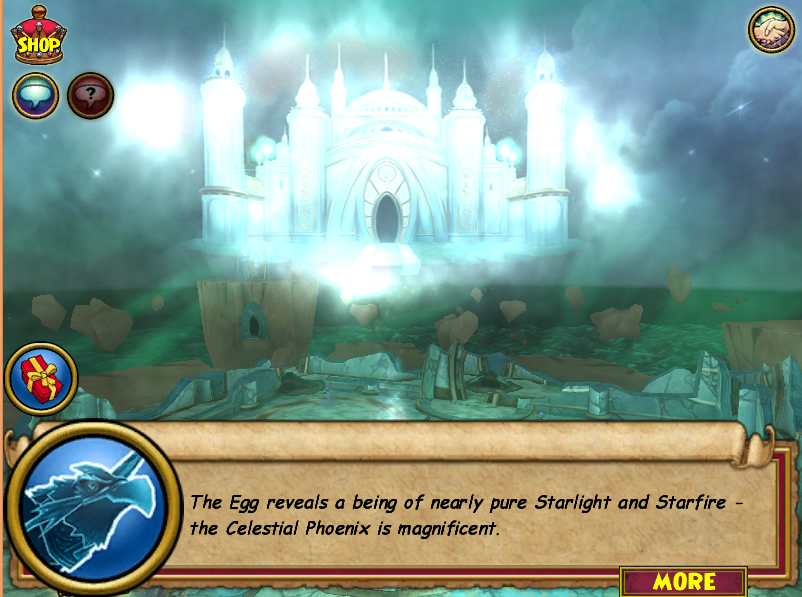 Whoa. Now there's a contrast with the stormy skies, and a little cliffhanger for my next post.

I'll be back on Saturday to chronicle the awesome plot twists of Radiance Reborn. I may have to briefly stall my posts after that though, with a cramped IRL schedule. I do hope, however, to finish Khrysalis - in game and on this blog - in the next month. 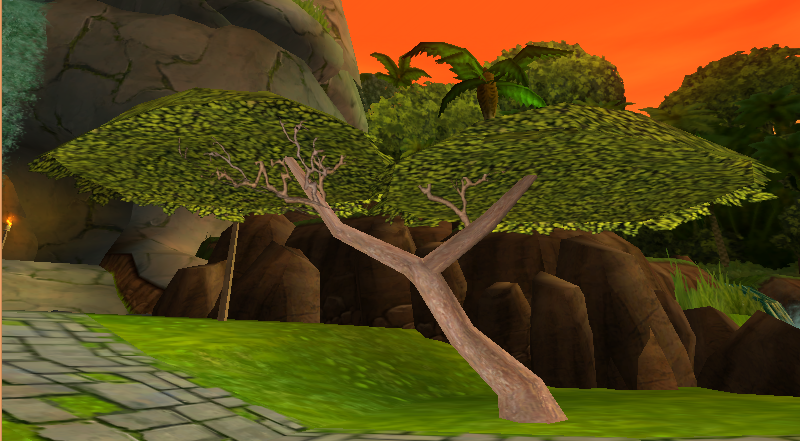 Although this holiday is largely overlooked, especially being three days after Earth Day this year, I figured I would compile all of the trees I could find on Wizard101. There were more than I thought, and I probably didn't even find them all.

Cue the slideshow... or scroll down... or whatever. 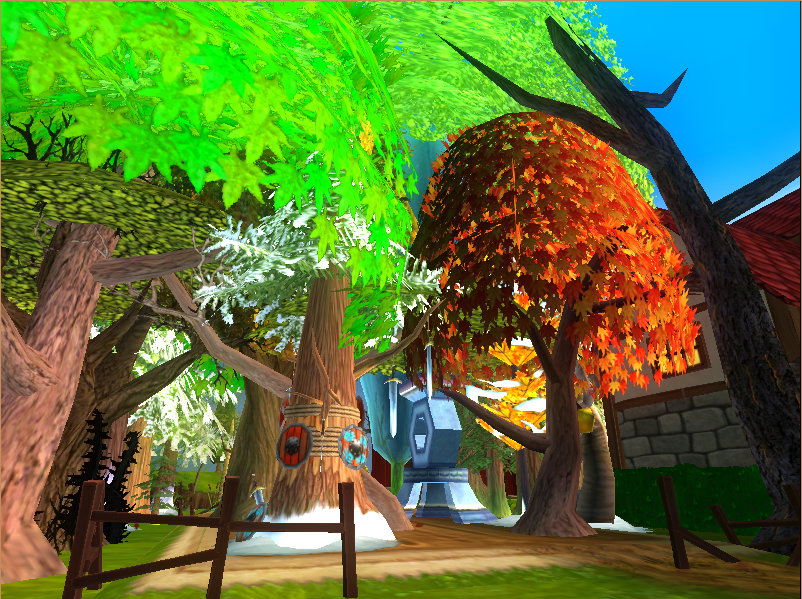 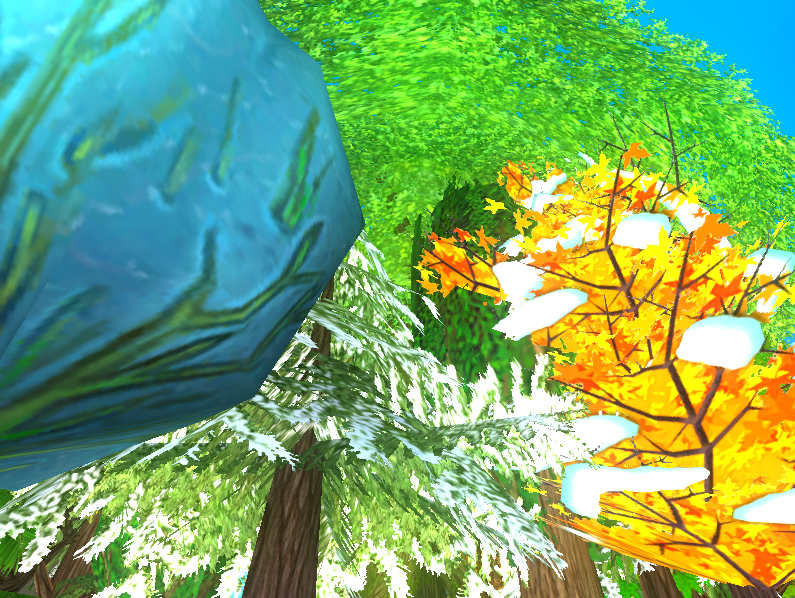 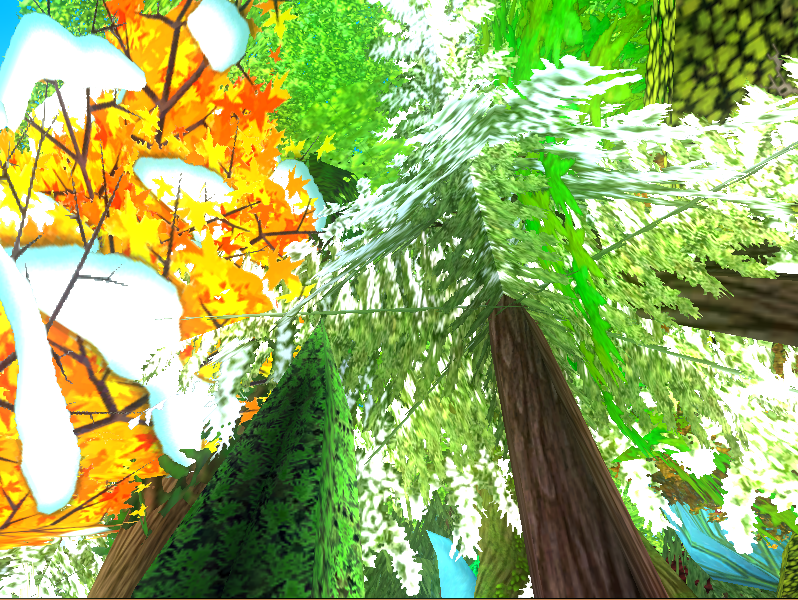 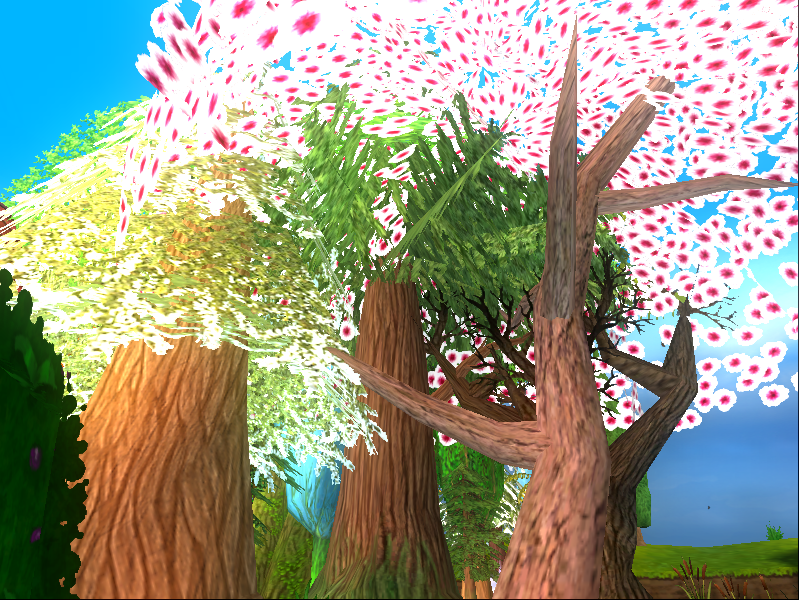 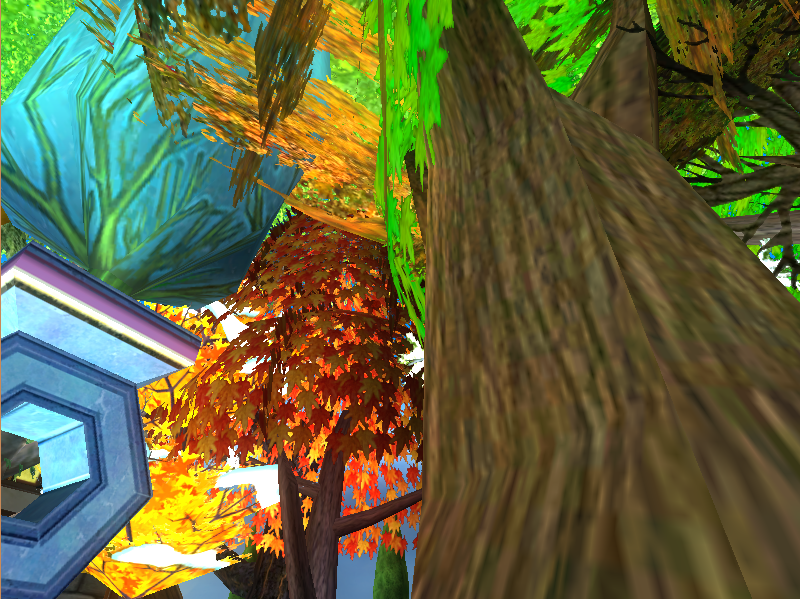 I didn't even include the split or felled trees here, either. All the normal tree trunks were a maze to walk around in the first place :P

Posted by Arlen Dawneyes at 8:00 PM No comments:

As with the lunar eclipse last Tuesday, the Kingsisle games have converged their test realms. The sun and the moon will eventually return to their different places in the sky, and so shall Wizard101 and Pirate101. For now, though, we've got just a little more waiting to do.

The much anticipated KR-2 update is out! Not many new thoughts about this, as I will have to wait for the live release to try it all out. However, there are a couple of other items - some good, some meh.

Crafting: A new crafting quest, new craft-able items, and reagent bundles. It's a good time to be a crafter. Some other things also caught my eye:

New School Pets: Medusa is sweet, but offhand I'd have to go with the Leviathan and Sabretooth as my favorites.

Shadow-Forged Weapons: Swords acting like pets?!? It appears that the Enchanted Armament pet may have acted as a sort of teaser here. What's next, weapon training? (Seriously though, there are some sweet possibilities when you give a sword a mind of its own.)

Shift Spells: Those are some pretty big 3-pip attacks, but I suppose that advantage is offset by having to waste a round casting the transformation spell. Still, one round transformations aren't a terrible idea.

Global Spells: Don't see myself taking out the two-pip global spells for these, especially with the four-pip cost. These would be really useful in a boss battle... but most bosses have unrelenting critical block rates. If those are toned down, I would use 'Saga of Heroes' regularly. Also note the new cinematic effects on the two-pip ones - some of them actually look pretty cool, notably less distracting. 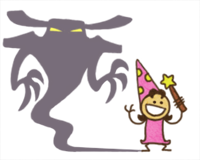 Shadow Creatures: Inevitably, there are more shadow magic spells. The new 'creatures', however, come with a twist. Using spells they like will increase their effectiveness and vice versa. My only qualm with this involves how complicated these guys will be. Even the most experienced duelers have a lot to process when going into a battle -- adding a whole new element of battle is one thing, forcing wizards to remember when to cast what is another. Maybe I'm skeptical about shadow magic, but I just don't know whether they are making battles fun or over-complicated. Swordroll's recent guide expounds on how to use them. Dark Shepherd seems to be based on Life/Death, Dark Nova/Fiend being more damage-based. Interesting. Of course, the main thing to remember: Use Shadow Magic wisely, and you will be rewarded. 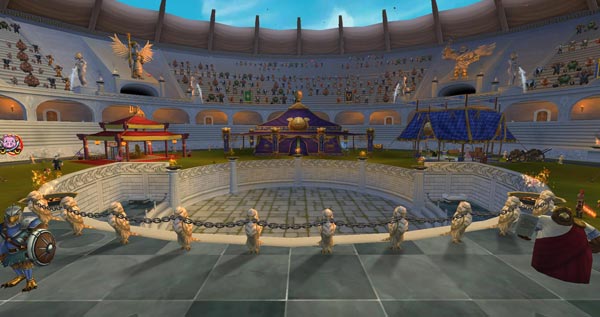 Moving on to Pirate101's huge Advanced Pets/mechanics update. Soooo much stuff that I'll just outline what I think is "good" and "meh", apart from the main things.

Advanced Pets: More powerful armadillos, anyone? Although the update seems to borrow from Wizard101 (as cleverly admitted in the puppet show intro), there are a couple big distinctions. In the place of the Pet Derby is Pet PvP, which has raised some concerns about the parallels to illegal sports like dog/cockfighting. I'm fine with it, though. Activities are also not tied to mini-games, meaning less wasted time in the Cannon or Dance game, thank goodness. Similarities include the hatching system - what new talents will combine to form P101's "dream pet"? Is the ostrich the new piggle? Overall, it will be a very intriguing system that may take some time to get used to, but one that really helps a big part of the game. 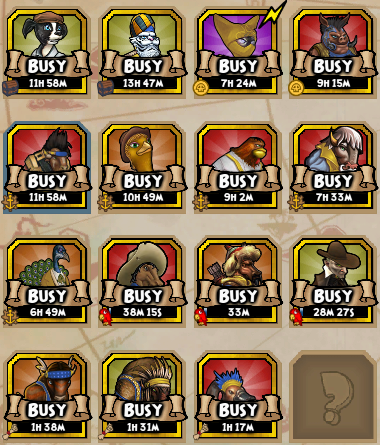 Advanced Companions: Already a unique Pirate101 feature, companions are getting a major change. I like the new management and lowly companions being kept busy, but not really the fact that randomness of selection won't factor into it any more. However, giving orders to lesser guys in order to get pet items, nautical EXP or even companion EXP is a great idea. I'm relatively conservative with training tomes and don't level on ships much, so getting this without using free time or gold is just great. I think the new companion system is a little better than the old, and not too complicated, so I'm looking forward for this to go live. Also eager to get Fan Flanders on my Swashbuckler -- how awesome is a Marleybonian convict?! A kooky monkey who wants the proletariat to rule is also a great touch for Privateers :P

Intro Expansion: This doesn't sound anything like Unicorn Way - crazy new areas for low level pirates is a boon to explore even for those with all level 65 pirates. There's even some new crazy good gear! Nothing wrong about a much roomier Avery's Court, either.

Doubloons: Uh... treasure cards for Pirate101? Odd. I've heard these special talents are pretty powerful and rare, though, coming mainly from the new Group Plunder chests. Interesting to see how these will work out. 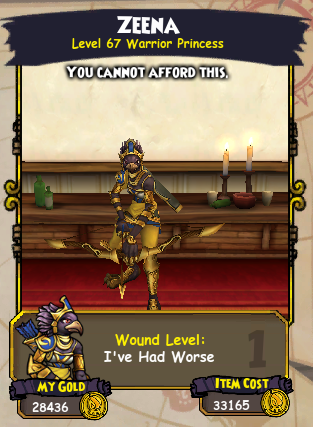 That's that for a monumental mechanics update in Pirate101. I've  been playing that game a lot more recently, as questing W101 alts in Zafaria/Azteca gets old fast. Swashbuckler Jacques has been questing for awhile and I now have him at the end of Cool Ranch. Look out, Mooshu! (and Khrysalis, soon enough)


Enjoy your chocolate bunnies today -- no, I didn't forget the occasion :P

Posted by Arlen Dawneyes at 1:55 PM No comments:

Exciting news today with the April Newsletter! (<-- clicky) The end of a dull winter brings not one, but two upcoming Test Realms! *gasp*

The big news yesterday, however, was just as awesome. Check it out. 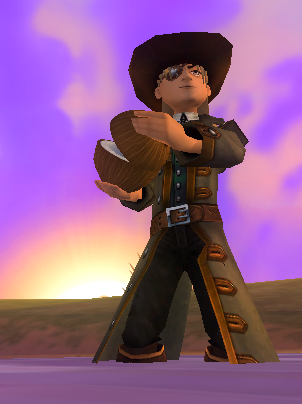 "We have ridden since the snows of winter" is particularly appropriate given the date.

Anywho, to make up for the fact that I haven't had any brief trivia contests in a while, I've decided to give away one of the new Mighty Steeds. I'll make it simple. I'll give away one Steed on either Wizard101 OR Pirate101. The winner will receive the mount on whatever game they entered in.

Here are the questions to answer for a chance at the mount in either game:

Note: You may enter once for both games if you want the mount on Pirate101 or Wizard101. There is no judging, winners will be randomly picked. If, say, your P101 entry gets selected, you will only win the Pirate101 Mighty Steed. So if you don't have a Pirate101 account, don't enter in that game :P

Final Reminder: Enter by commenting on this post or e-mailing me here: arlendawneyes(at)gmail(dot)com. Please post your wizard/pirate name and contact information (e-mail and/or twitter account) should you win. I will need to give the prize away by April 6th, so diligence in responding is a must. If you're hesitant about posting contact info, don't worry - comments are moderated, so only I will see them :)

This contest will be under time constraints, of course, considering that these coconuts will only be in the Crown Shop for one week.

That said, this contest will end on Friday, April 4th @ 5:00 PM EST. You have 48 hours to get your entries in - if you win, remember to be available so I can give you the mount before April 7th! I don't have codes for the mount as my contest is not sponsored by Kingsisle, so I will have to friend the winner in game to give them the prize.

Alright, I think that's enough clarification. It's not an April Fools' joke or anything. Go crazy. Well, go crazy while entering only once for both games. You get the point.


**This contest has concluded. Congrats to Elijah Lightthief! **