So it shall be, that I finally wrap up this post series a month after actually finishing Khrysalis. It's been almost four years since Celestia and my quest-posts began, and it's gone from Morganthe's introduction to her defeat. All things come to an end, though, including the presence of the Shadow Lady.

The defeat-warlords-again dungeon was particularly frustrating. But it does prevent the Spiral from being rewritten, after all. 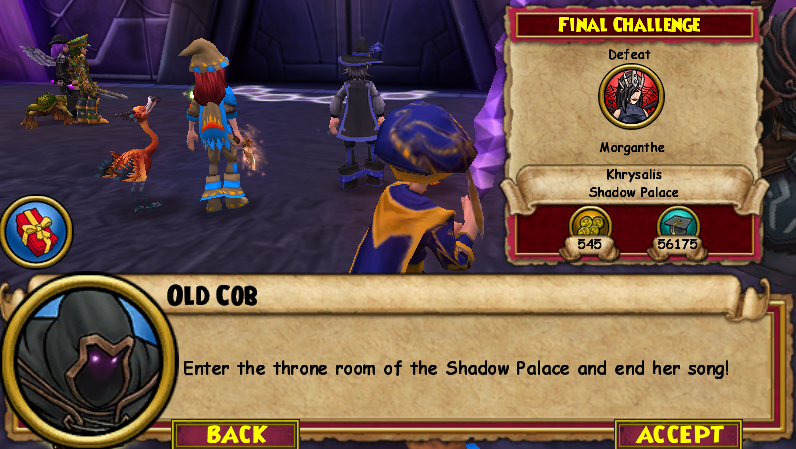 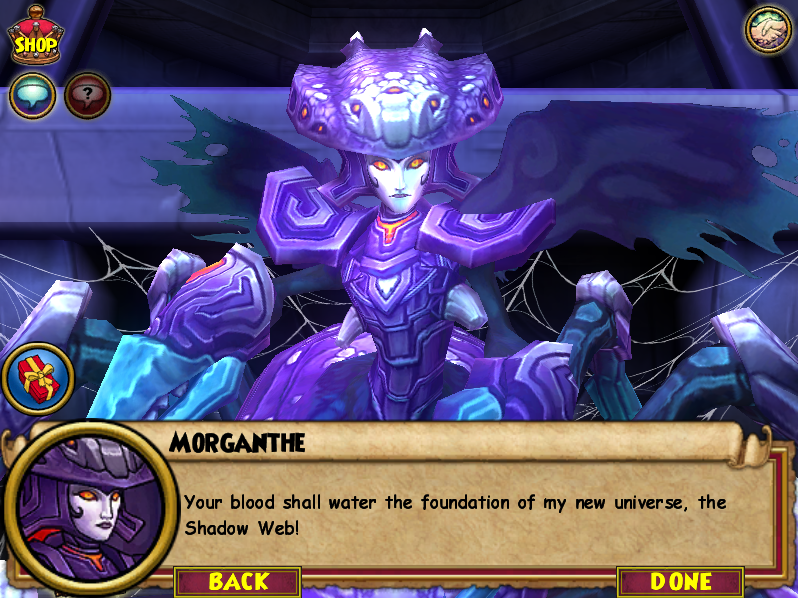 Yeah, she gets beyond creepy here. 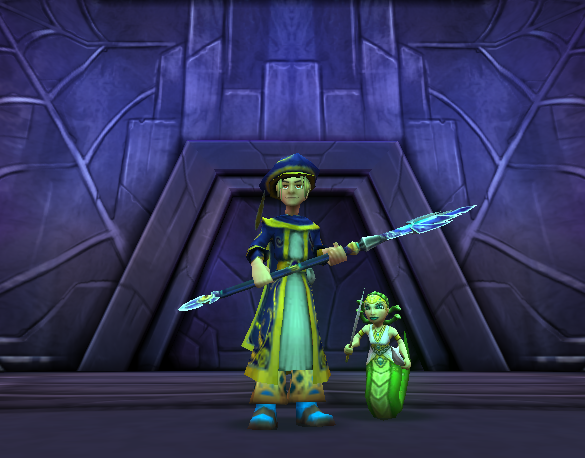 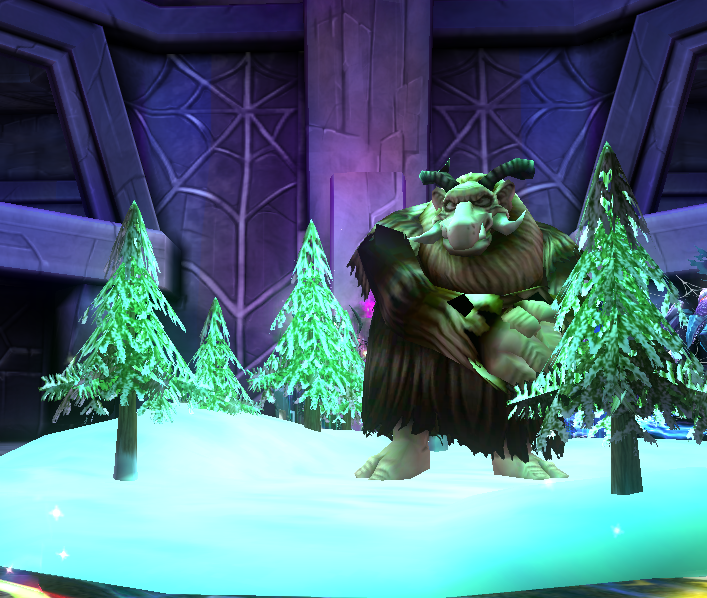 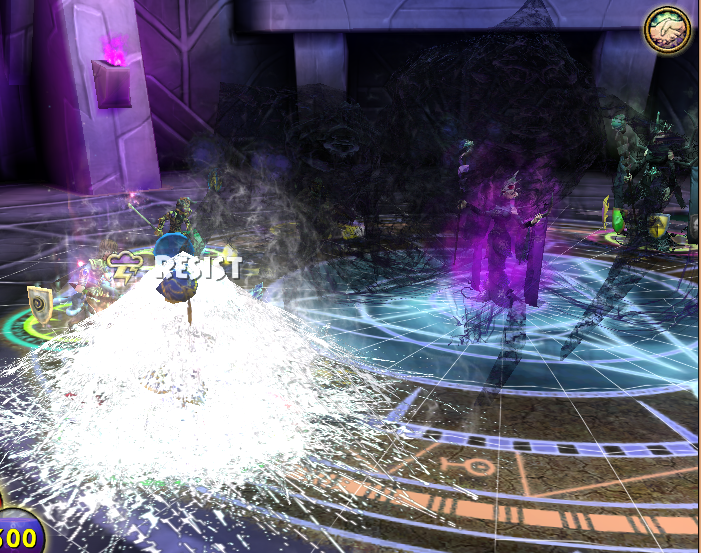 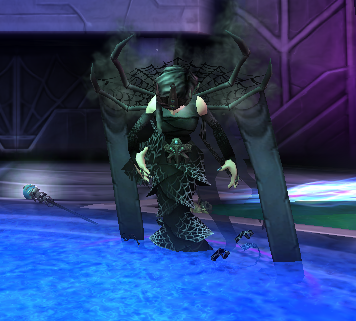 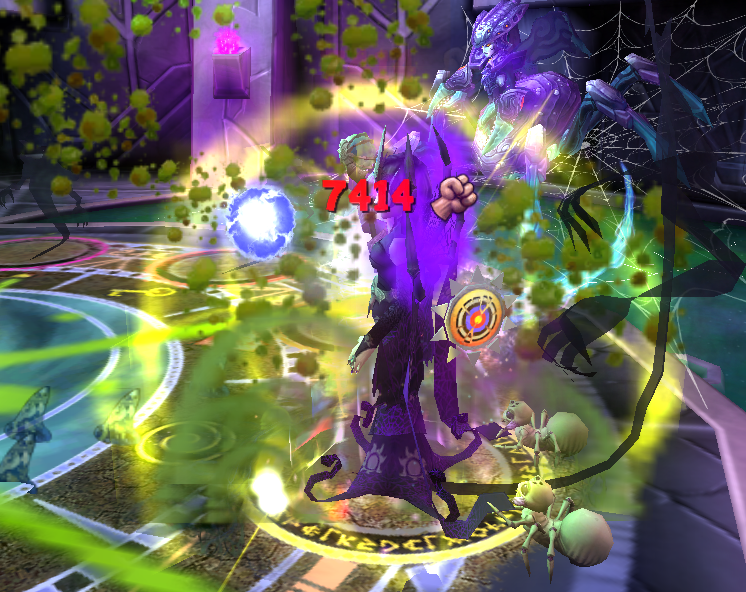 Very appropriate that a level 22 spell should kill the final Morganthe. 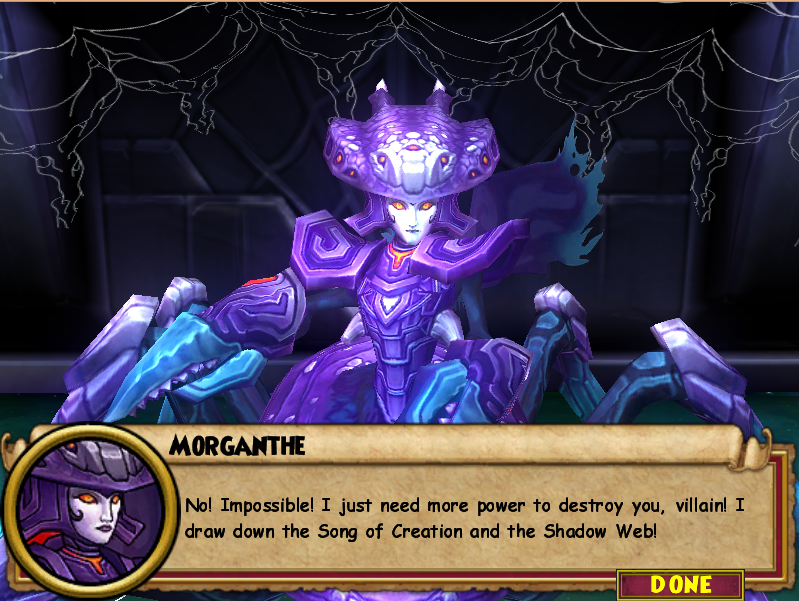 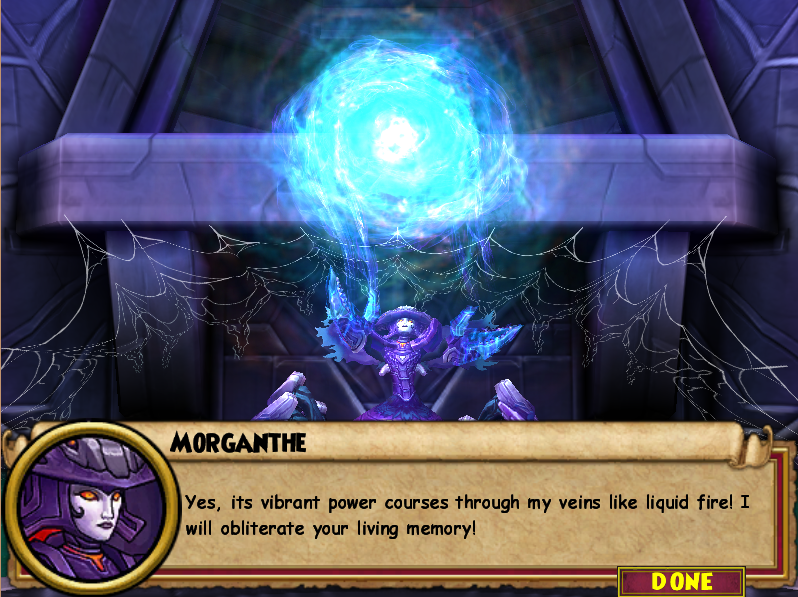 No idea where that leaves my dead memory.. 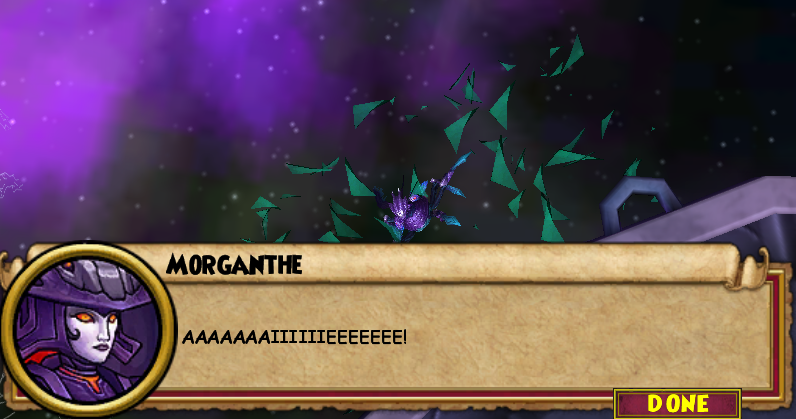 Go figure - Morganthe and Malistaire are both floating in space now.

Posing over what I shall call Morganthe's Nebula :P

"From the shadows I strike, and the skies will fall" seems to have backfired...

lol, not sure how I feel about Arlen bugs. 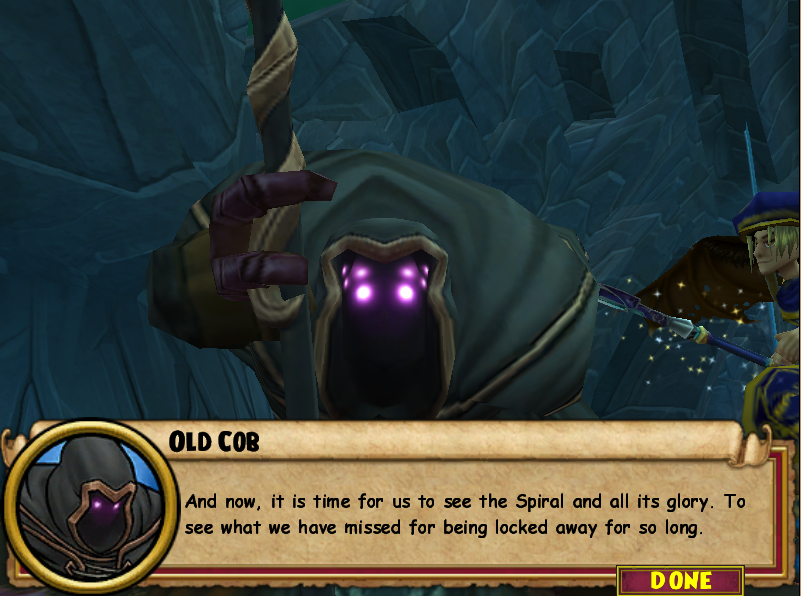 "We"? I haven't been locked up for eons like you, man. 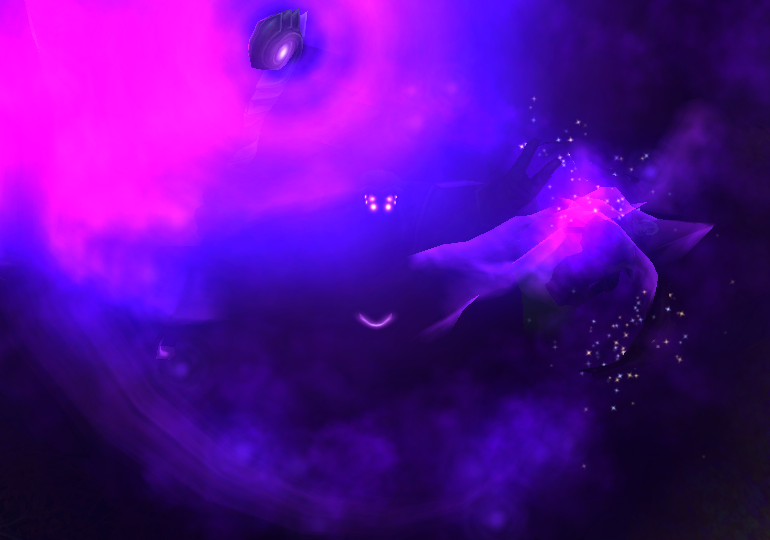 Ohhhh. Gross. How did so many creatures fit under that hood?

Ambrose's indifferent demeanor is odd. Did he anticipate Old Cob's weird awakening or just downplay it? Unlike the end of Malistaire's saga, there are a lot of specific questions that follow the end of the Second Arc. The biggest one, though - will it be over a year before the eleventh main world comes out? :P

Once again, the community settles in for an inevitable wait, hopefully equipped with teasers. Another side world like Grizzleheim (which came out between DS and CL) would be nice, too...

For the last time until whenever,

Time and Money In KIFG Trivia

As I was pet training this afternoon, I stopped to listen to a group of wizards debating the worth of the new KI Free Games trivia. One of them was planning to do it just so they could buy Ravenscar (a hefty 1995 crowns). Grizzleheim by itself is worth nearly 10,000 crowns.

A little background to this - www.freekigames.com released a new trivia feature to its site last Thursday. Passing at 75% (9/12) or better for any category means 10 free crowns ... which is two cents in real world value. However, you can do ten quizzes a day - game related or educational - for up to 100 crowns. How long, then, would it take a player solely supported by this Trivia to get to level 100? 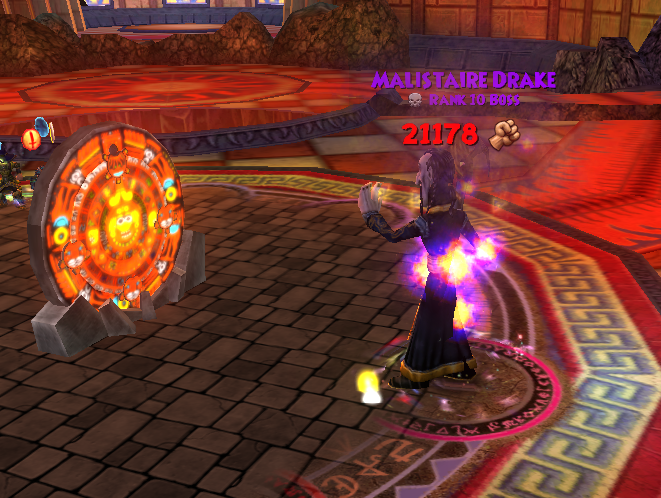 This means that, to quest up to Malistaire's Lair, at least 15 months and a week of perfect trivia would be necessary to earn the 45k+ crowns to finish the First Arc. So, I wouldn't recommend getting by in Wizard101 this new way unless you absolutely love trivia and can take it real slow.

And that's not even the half of it.

To quest from Celestia to the end of Morganthe's reign would take nearly a year and a half. Add that to the First Arc total, and it's over 33 months to complete the game! Several new worlds in the Third Arc would likely be out by then. Basically, doing a daily dose of KIFG Trivia would get you through all the current main worlds before April, 2017, at a grand total of 100,080 crowns.

I actually do have a 3rd W101 account that I'm never going to willingly pay for.. so I *might* try a little experiment with KIFG crowns and leveling on that newbie account in the future.