First off, Happy St. Patricks Day!
Remember to get your all-new Green Spider pet before Midnight ;)

I like to think of my 2010 blog days as cringey n00b nostalgia.
My 2011 days weren't much better (I tried way too hard to be funny on my post titles).

That said, you have to go back to 2010 to see my first encounters with the dreaded Warehouse (here and here). I was very, very unlucky. I believe I eventually beat Estrakir, but I can't find that particular post. Nevertheless, he became my worst enemy during those 2010 days (which is saying something considering the grudge I held against Yeva Spiderkeeper).

Thus brings the point of this post: revenging old "unfortunalities", as I once put it.

At some random point a couple years ago, I decided to pick up the Warehouse quest for my Storm wizard, Mycin. That quest has lingered - and tempted - long enough. 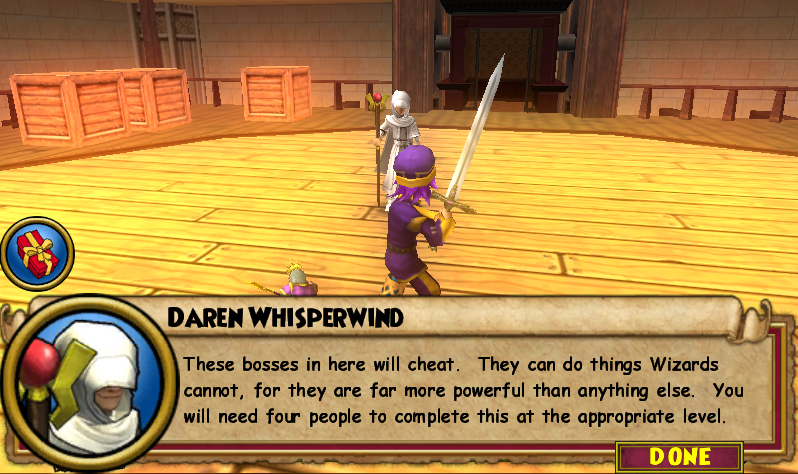 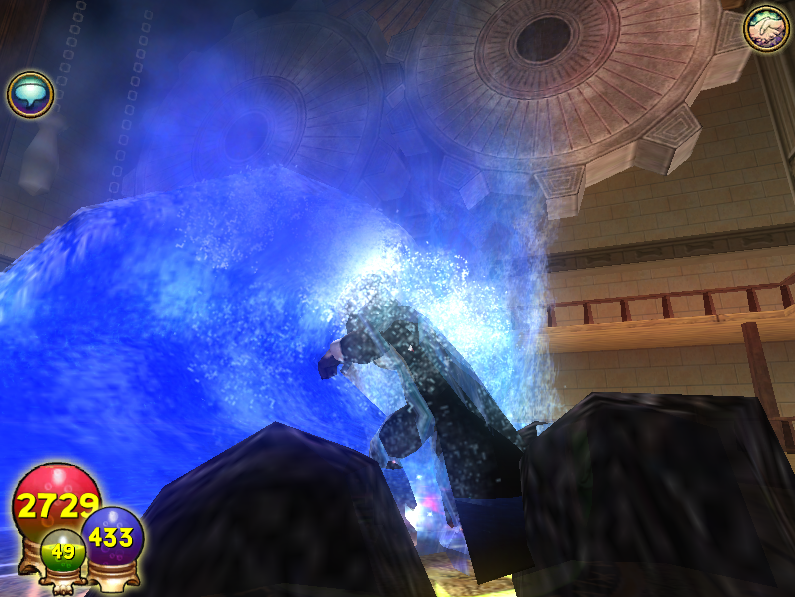 Curiously, the early floors feature Marleybone mobs with Dragonspyre-health. Nothing a blade and a Tempest can't handle. 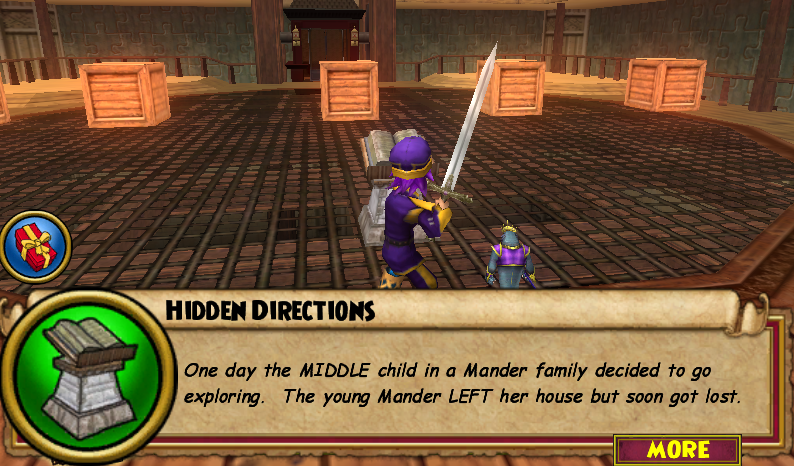 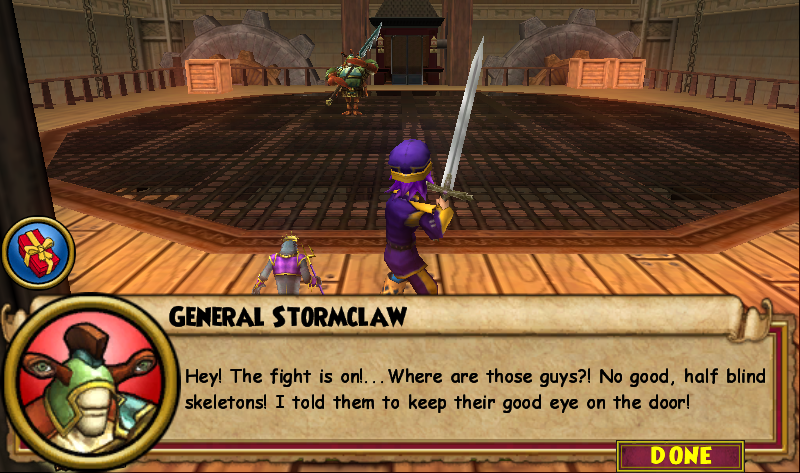 Never underestimate a crab in a clocktower. It's good to hit hard and quickly here. 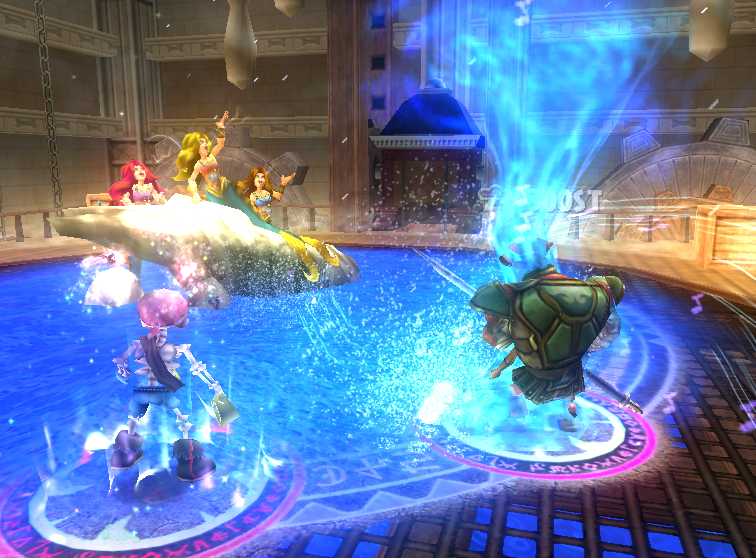 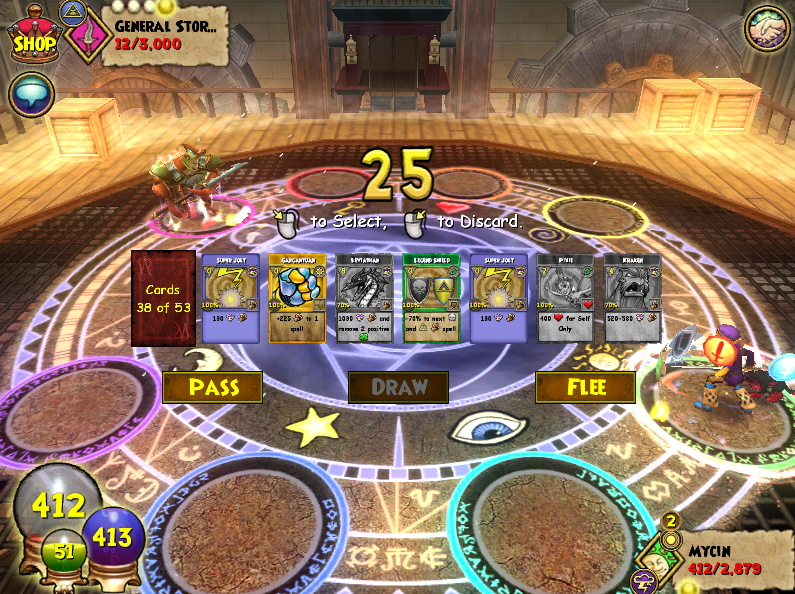 Did I mention that this is no (crab)cake walk?

This puzzle requires four wizards to stand on four sun tablets simultaneously.
Another mob battle for me, then.

You and me both..

The bug himself. His business-as-usual attitude is arrogant but refreshing. It's definitely a change from the typical boss reaction, which goes more like... "What's this? A wizard listening in? NO! IT CANNOT BE! KILL HIM!" 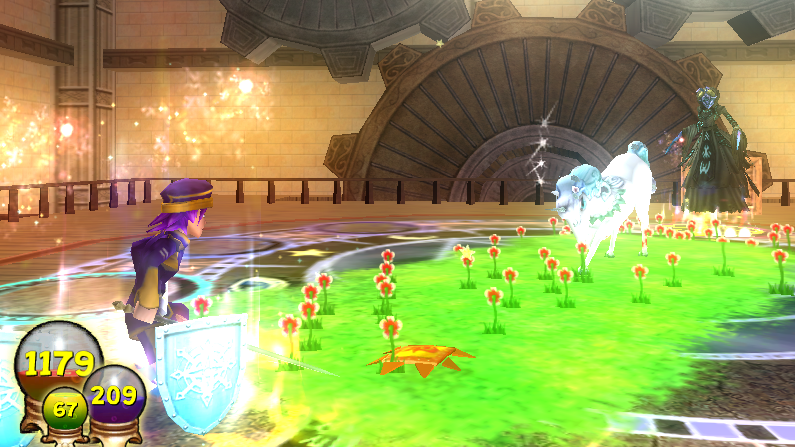 There were certainly no pets casting Unicorns in 2010. In fact, the Advanced Pets update was put in only a month before the Warehouse was introduced. I'm willing to limit historical accuracy for the sake of beating this guy, though :P

So I assume a key was found and magically fixed for those who didn't brave the Warehouse. Alright then.


Soloing Estrakir on Mycin didn't come with initial success. I needed a critical at the perfect moment after two previous defeats. However, Estrakir proved to be easier with Arlen - who was, after all, the subject of many defeats at level 50. I filmed the end of my "revenge run" for viewing pleasure:


Okay, I got another critical at the end, but I would've won anyways :P
When Morganthe is gone, I'll have to pick a new archenemy besides Estrakir Gloomthorn, I suppose.


Posted by Arlen Dawneyes at 7:05 PM No comments: 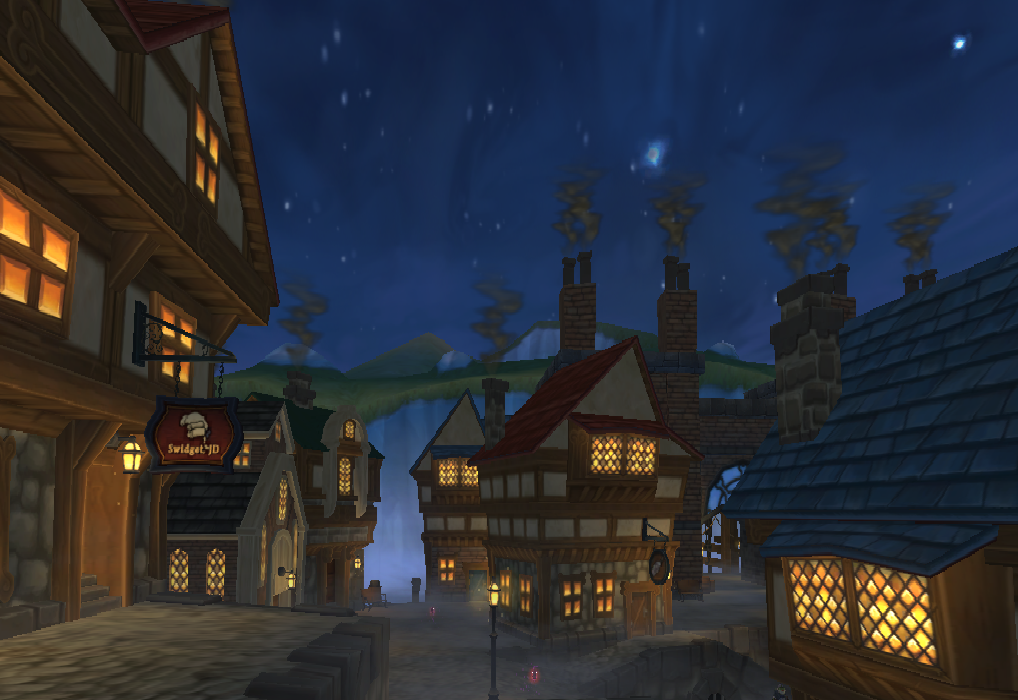 I haven't posted about Pirate101 much. This summer, I got through the grueling world that is Cool Ranch, and since then I've quested through the more enjoyable (and recognizable) worlds of Marleybone and Mooshu. I lost the pictures I took when I got a new laptop, but I didn't plan on posting many of them anyways :P

As an update though, here's what I've been doing in P101 recently: 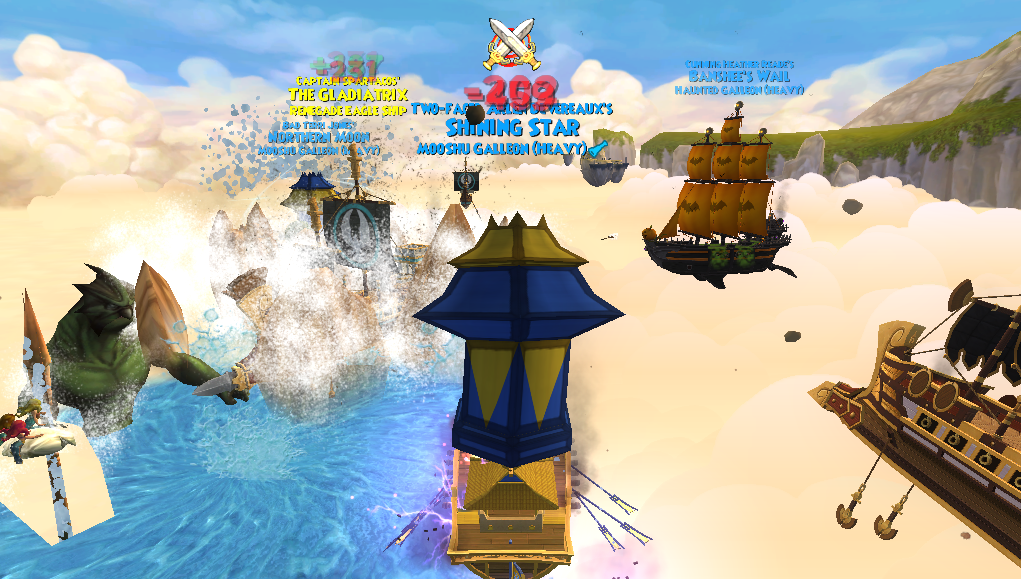 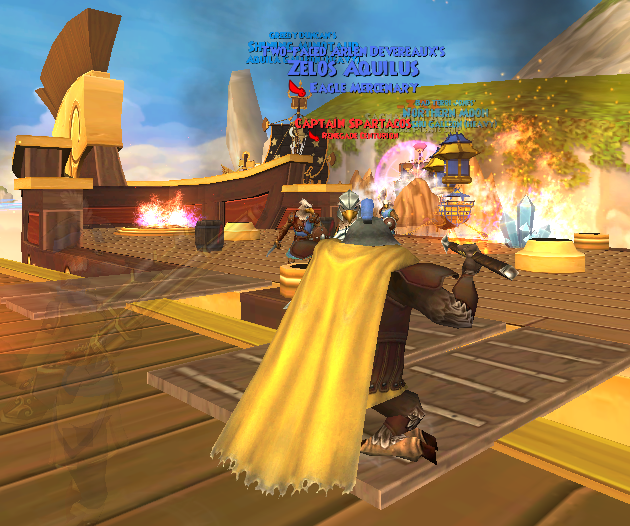 Many a good time was had at Autumn Walker's Nautical EXP extravaganzas. Getting all that loot even bought me an Aquilan Galleon, something that seemed so far away when I finished Marleybone at a lowly Level 40 nautical level. Sadly, Autumn left the Spiral yesterday (<-- link to post). Although I did not know Autumn very well, she was on my friend list and I was hoping to become a better acquaintance through the biweekly NXP events she held through Secrets of the Spiral. Alas, Autumn's presence will certainly be missed in the community. Thank you for your efforts! 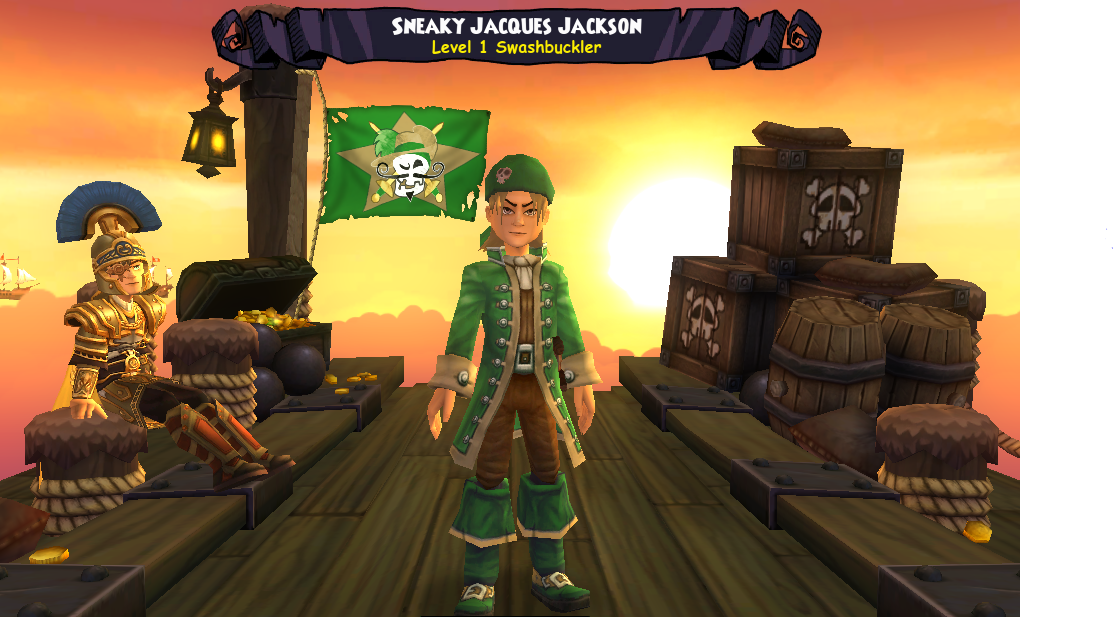 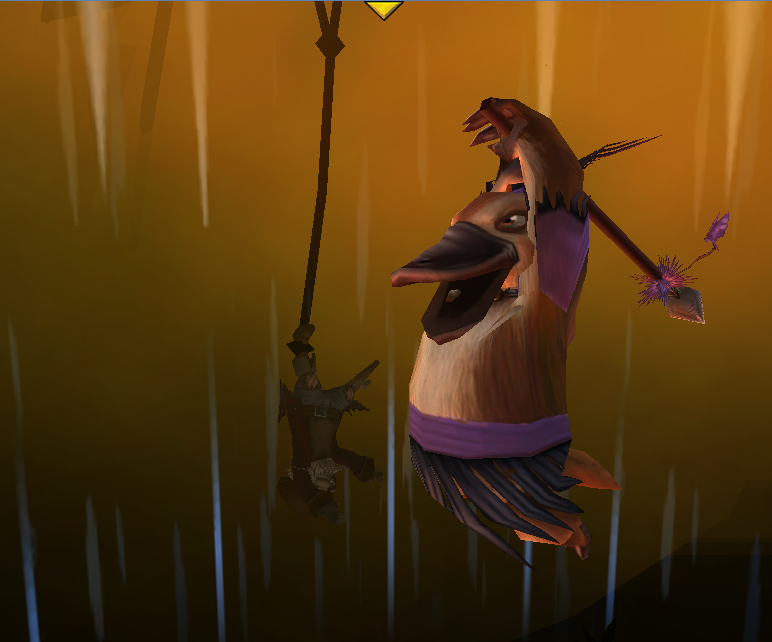 As I approached the level cap, I took the liberty of making a second character to fill some time. Almost up to Monquista on Jacques Jackson! (Nice alliteration bit there, no?)

That's one krazy kat o_O
Owing to his stylish hat and robe, Swing has been beaten repeatedly by overzealous pirates. His fashions are a little extravagant for my tastes. 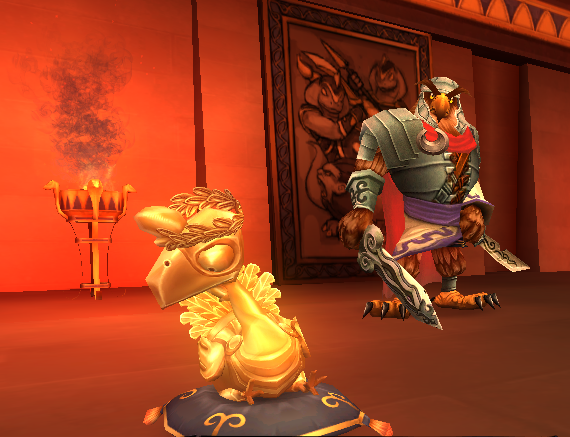 Quite a likeness there. 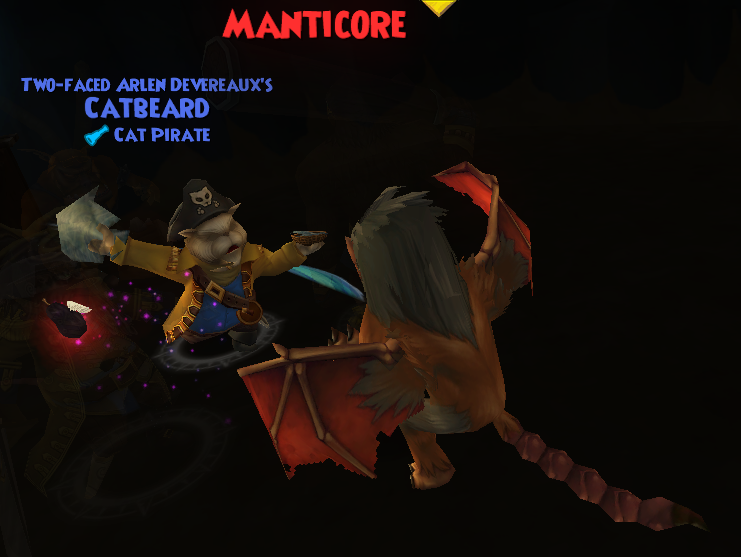 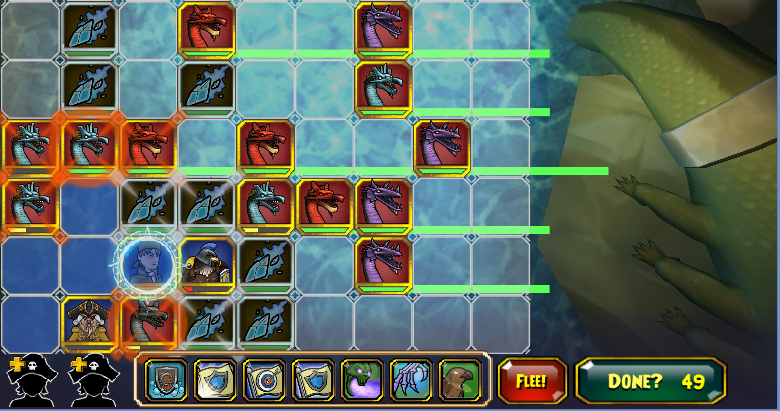 I'm finding Pirate101 to be a lot more solo-able. The Hydra battle is the only boss I've encountered that's as frustrating as a pre-nerfed Aztecan beast. Kind of needed a henchman for that...

It isn't apparent from these stoned creatures, but Medusa was a surprisingly easy nemesis.

It looks like we have to find a way into Valencia again. I'm thinking that may involve visiting Monquista's second skyway. There are a lot of theories floating around until new content is finally released. I wouldn't mind dropping in on Krokotopia, for one thing. 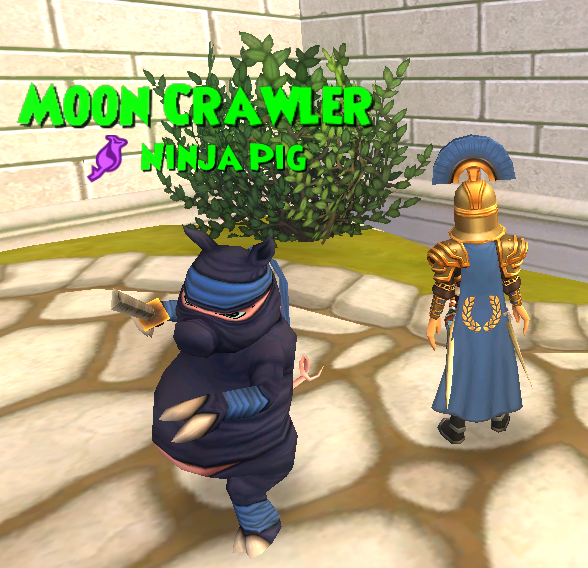 Won my current first mate in a Twitter giveaway. Him and El Toro can really blow the field away, especially with Riposte :D (one reason I created a Swashbuckler second).

In the meantime, I'm looking forward to whichever update comes first. Wizard's won't come out for at least another month, it seems. Morganthe continues to get a reprieve.

Posted by Arlen Dawneyes at 5:30 PM No comments: