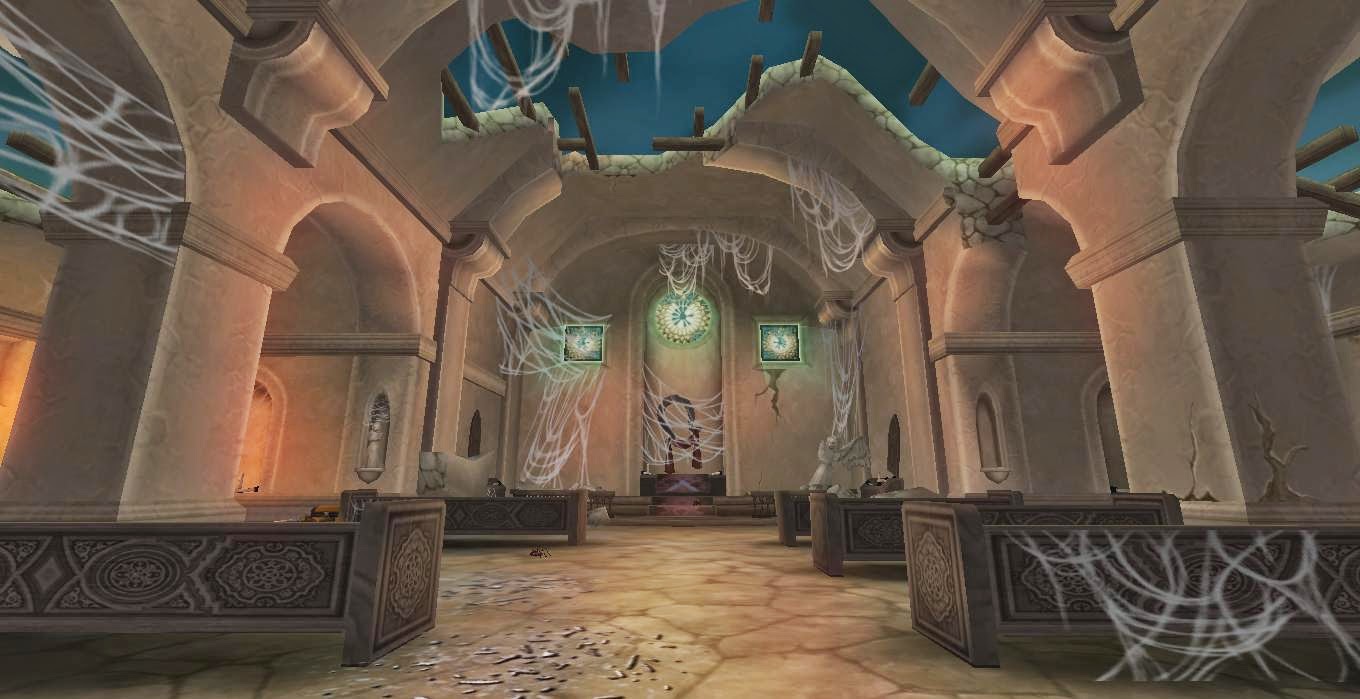 Wicked Valkoor Vane has been plodding through Cool Ranch for the entire school year - which also happens to be the reason for my October absence. Nevertheless, I've been reliably questing almost every day. After spending the earlier part of the month in Port Regal, the last three weeks have been all Tumbleweed and Haunted Skyway for Valkoor.

As it happened (and I didn't plan this, honestly), I had to do these three quests between October 31st - November 2nd: Old Scratch's promotion quest, Miranda, and Motherlode Mine. It's hard to get death-ier than that in Pirate101. 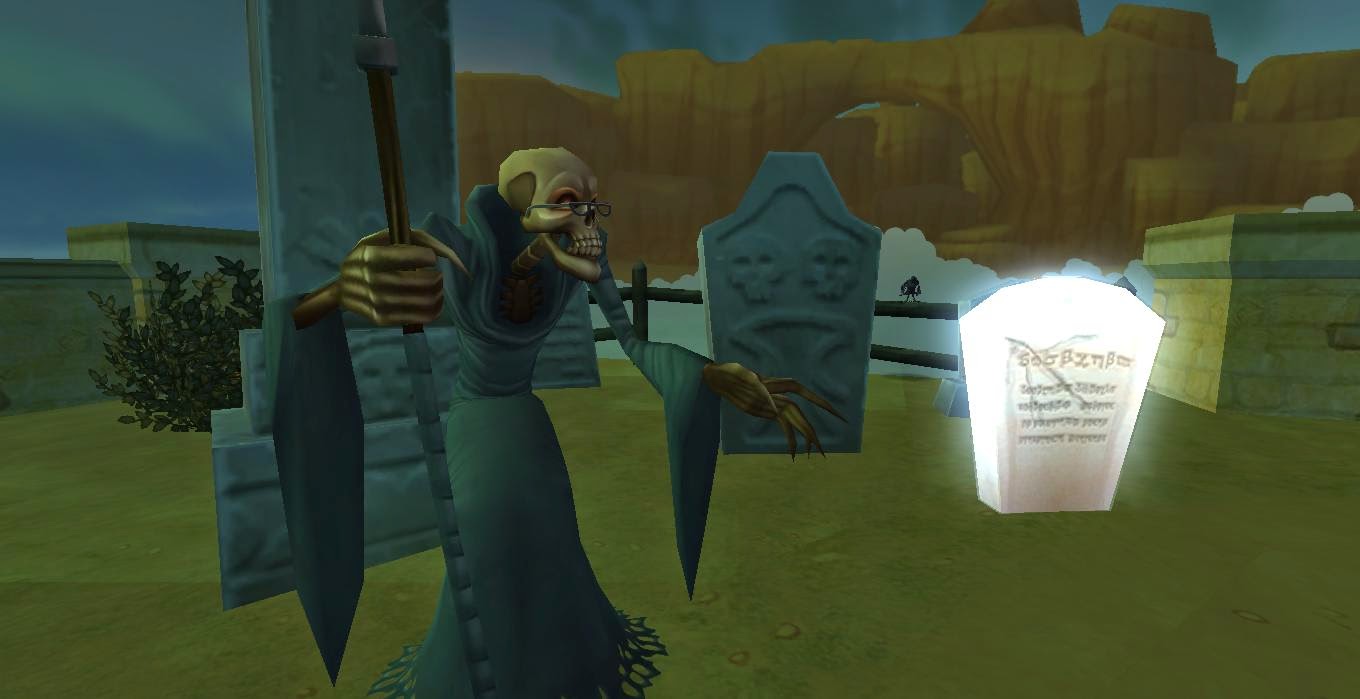 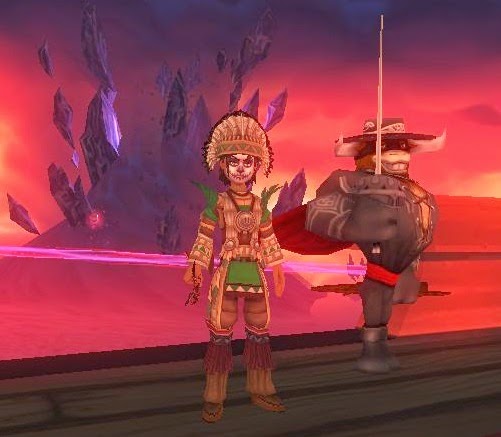 I had no doubts about purchasing the "Mascarilla de Muerto". Now me and El Toro are masked buds; perfect for the spooky season. 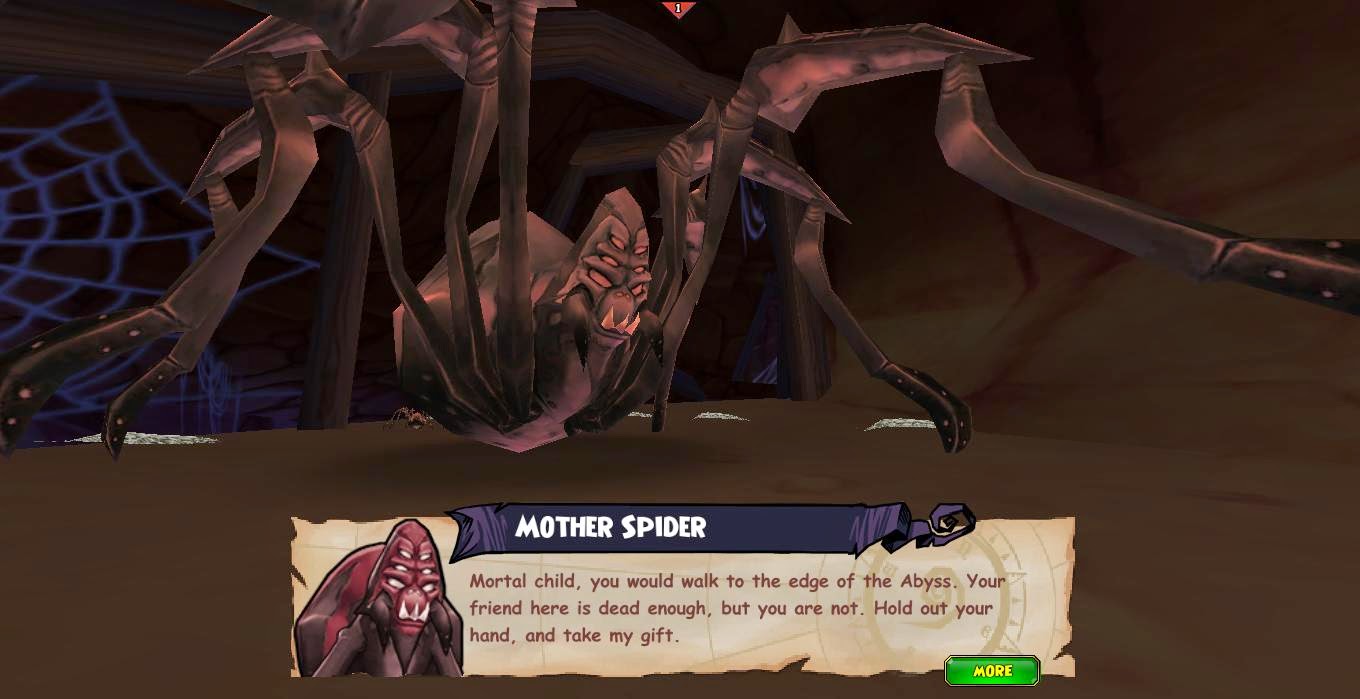 What? How could you tell I wasn't "dead enough"? 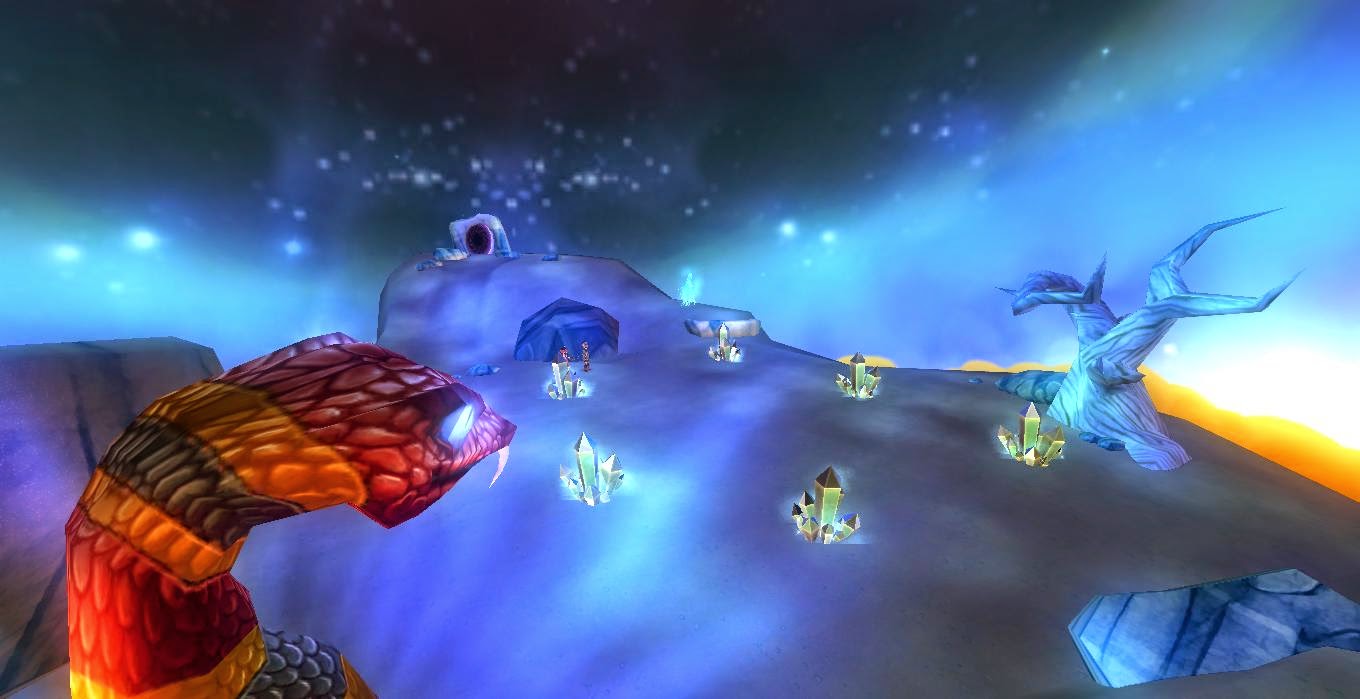 I like the little "spirit world" glimpses in both Wizard101 and Pirate101. In W101, the end of Mooshu and Avalon have plenty of surreal experiences. Similarly, the celestial backdrop of Cool Ranch's spiritual realm is one of a kind. 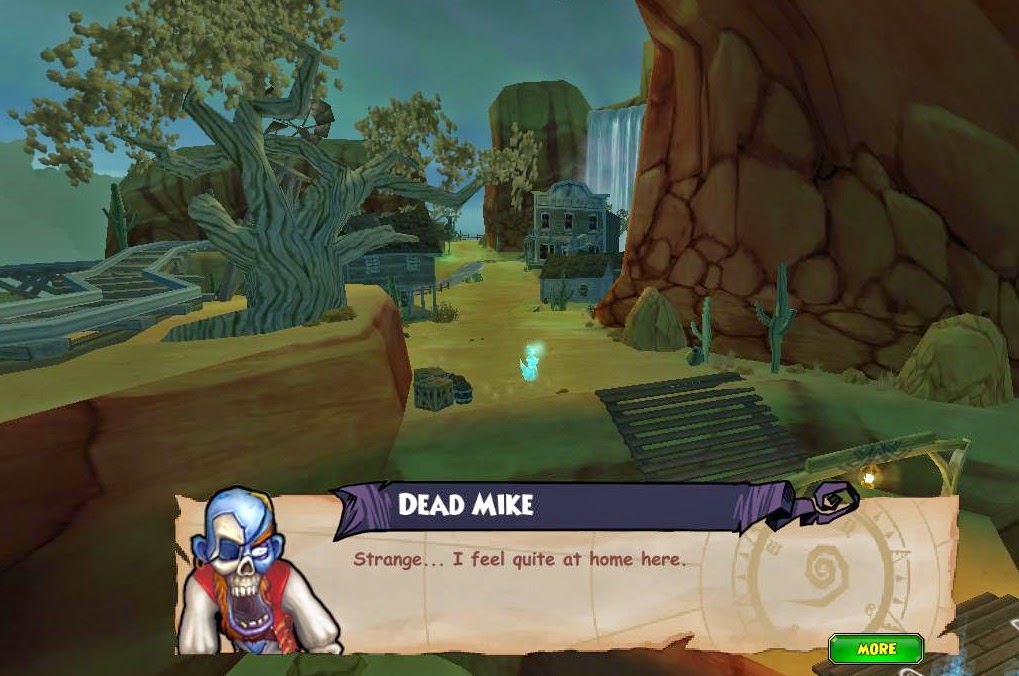 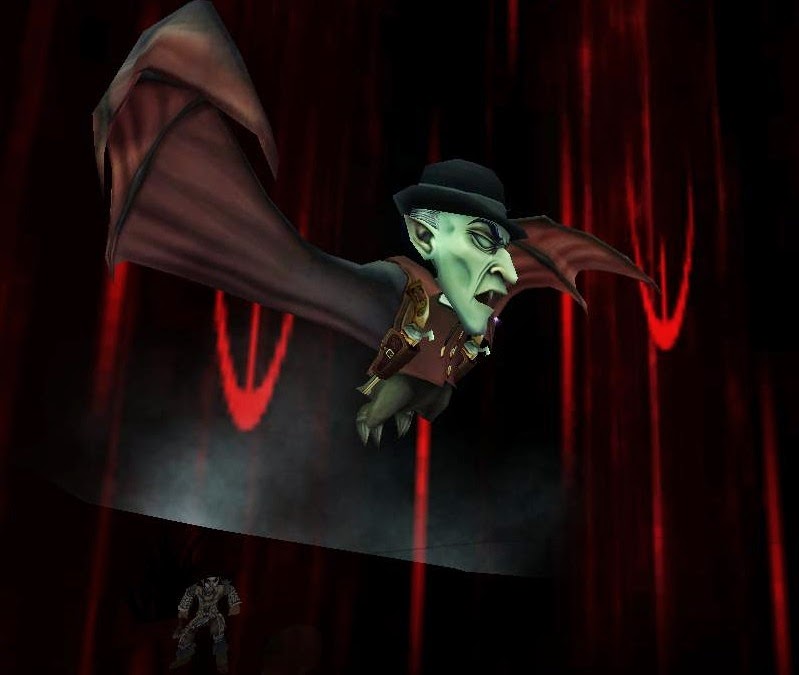 Bat has proved a useful companion on many occasions, especially paired with Carcarius Grimtooth's Will-boosting power. Critical hit chains, anyone? 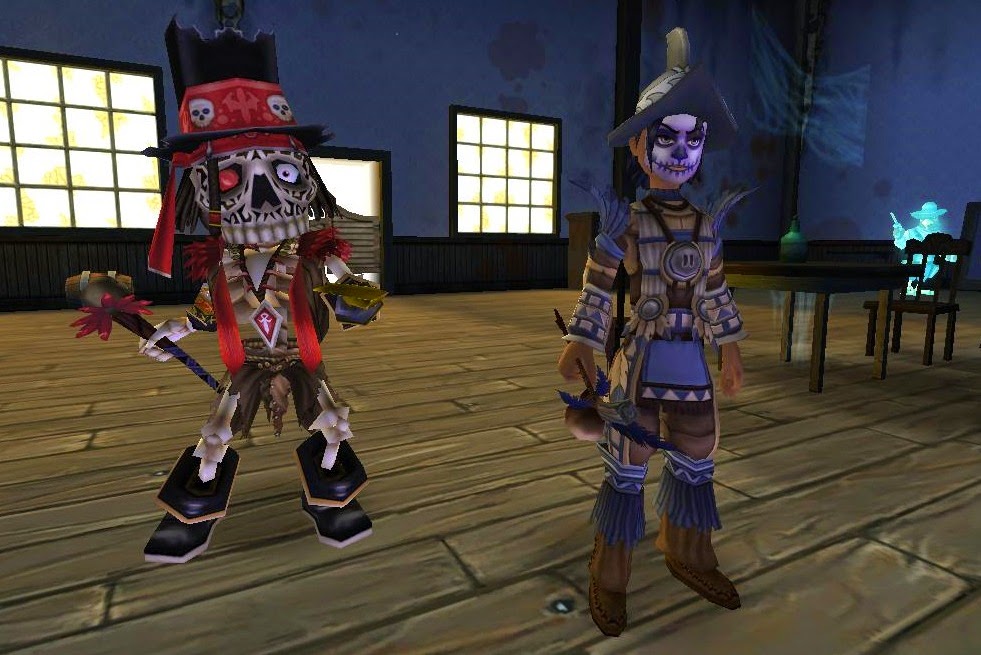 Quite at home, indeed! 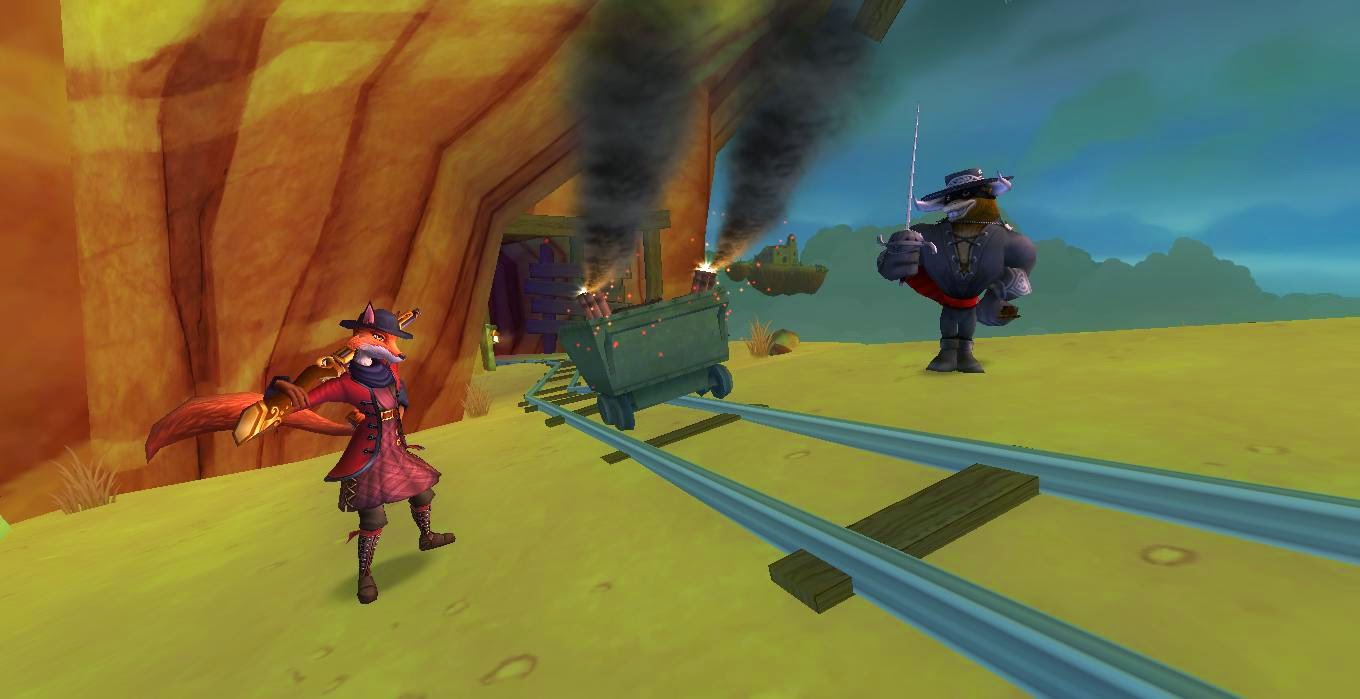 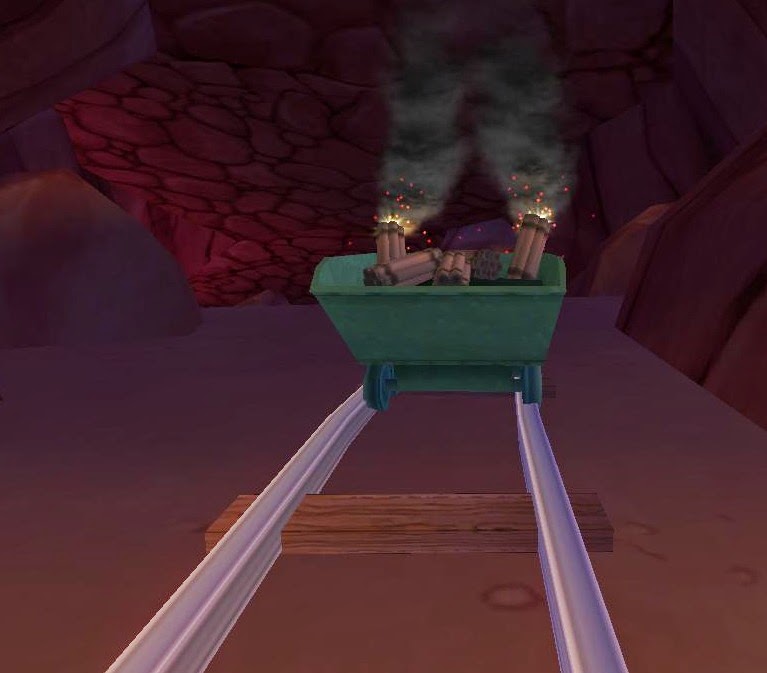 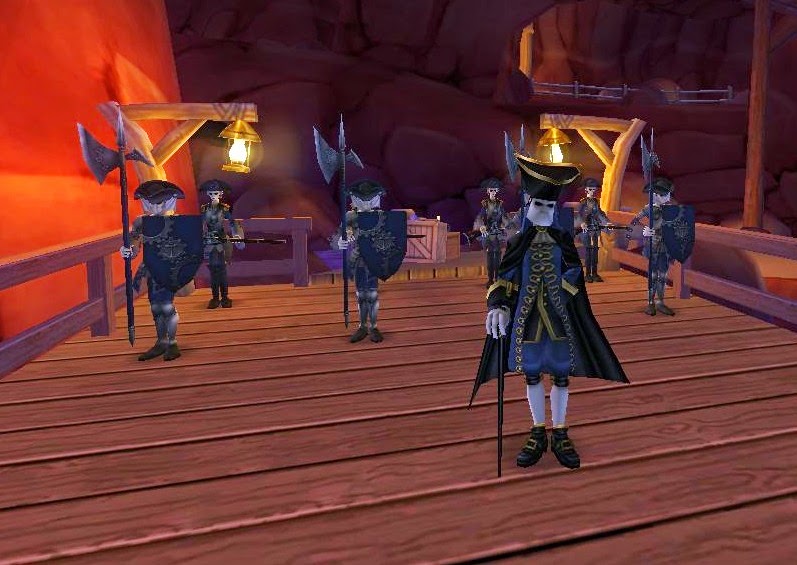 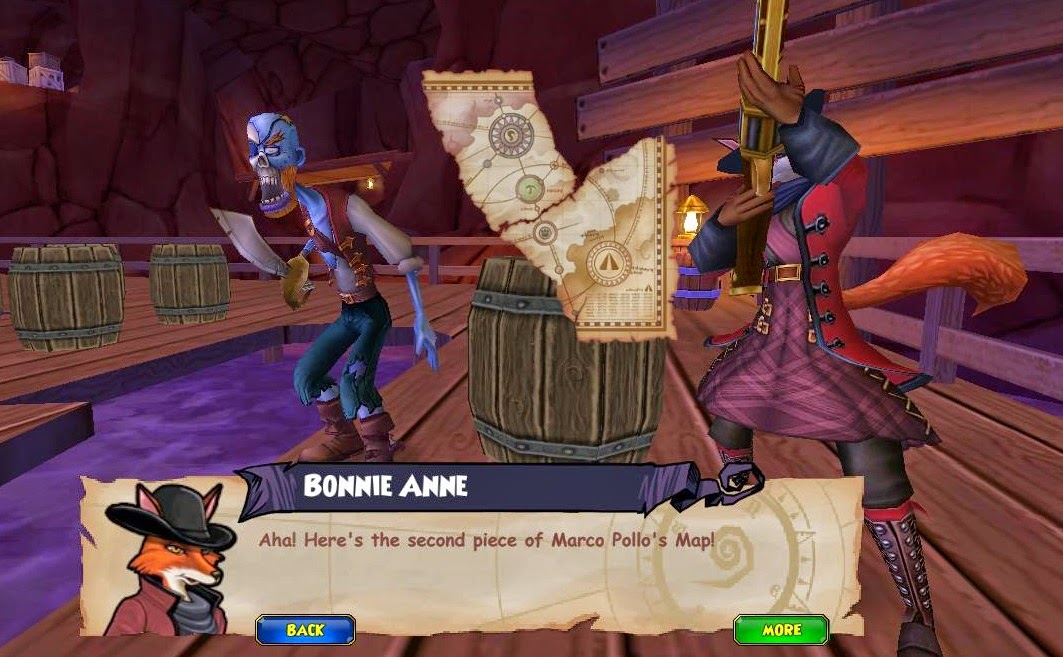 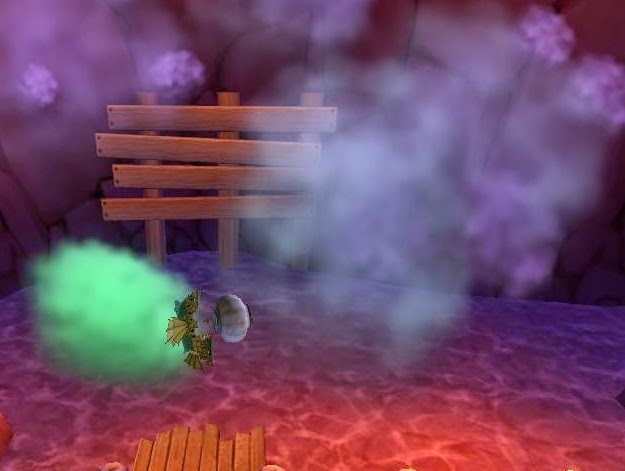 A new map piece, a new ship, and new adventures await in Mooshu as Valkoor continues on the long and winding road to Level 65. Will the pace of one quest a day be fast enough to beat out Pirate101's next update, or will his journey go on beyond Aquila? In any case, I'm glad that the year will end in Mooshu and Marleybone. Two months was enough for Cool Ranch, and will hopefully be the same for my two favorite Pirate101 worlds. 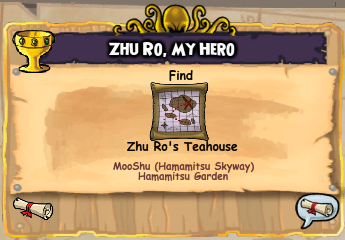 Most of all, it's nice to have only one quest again. :D