The big Jewel socketing/Dragonspyre fishing update is online! As it happens, this is a perfect opportunity to post something seemingly unrelated... I just made a reagent map of nearly every area in Dragonspyre.

With my return visits to Kensington Park several summer ago, I ended up finding a lot of Scrap Iron, so I made a crude reagent map. As I went through that process, it actually seemed pretty fun. A reagent map of one dungeon wasn't just some dumb project I had relegated to myself. I found it informative, and hoped to pass that knowledge around in the community. 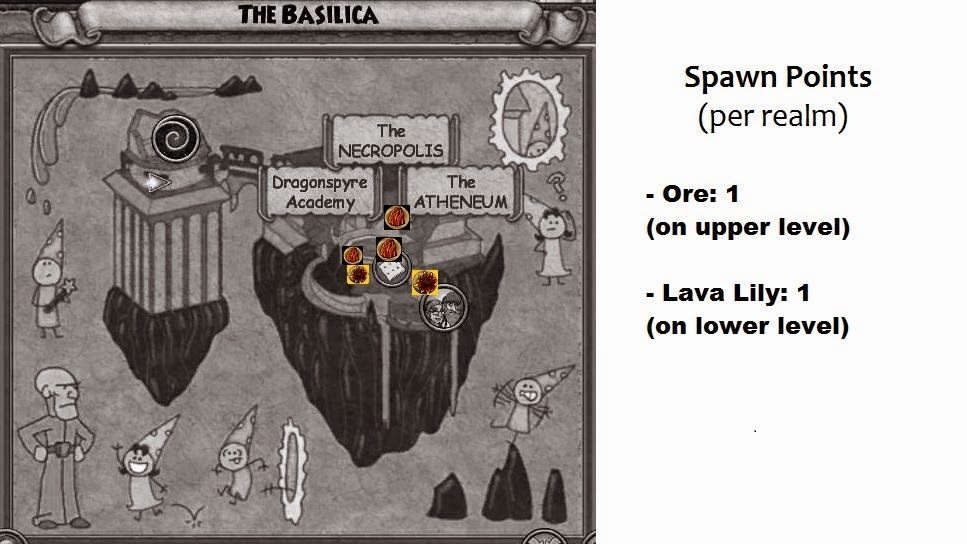 So, over the last year, I've slowly been developing spawn locations for every map in Wizard101. Here is the culmination of the reagent maps I have worked on over that time -- not much more than a drop in the bucket, but progress nonetheless. But first, let me explain what I've set out to do.

What is a reagent map?

A reagent map starts off as a Wizard101 area map. The image of the map is then manipulated to reveal where certain reagents lie in that area. This happens through symbols or other little images (as I have done), clearly showing where a reagent can be found in that area. After that, a reagent map can be formed in any creative, desirable way.

I don't have any fancy programs -- all I've really used is Microsoft Paint. To start off, I rendered images of every reagent available for picking up in-game, and gave most of them a colored background to make each reagent noticeable. Then, I mark down each spot on the map a reagent may appear (a "spawn point"). In that process, I take note of how many reagents show up in that area and eventually include that information on the side of the map. For instance, Twin Giants in Azteca will yield 2 Ore and 3 Stone Block spawn points every time you go through the area -- provided no one else has swiped some up.

As it is, I'm still cementing down the process. Eventually, I plan to experiment with making certain maps black & white (as shown in the Basilica map) so there won't be a clash of hues. Many spawn points are also right next to each other, so I've just started giving the rendered reagents some different sizes. 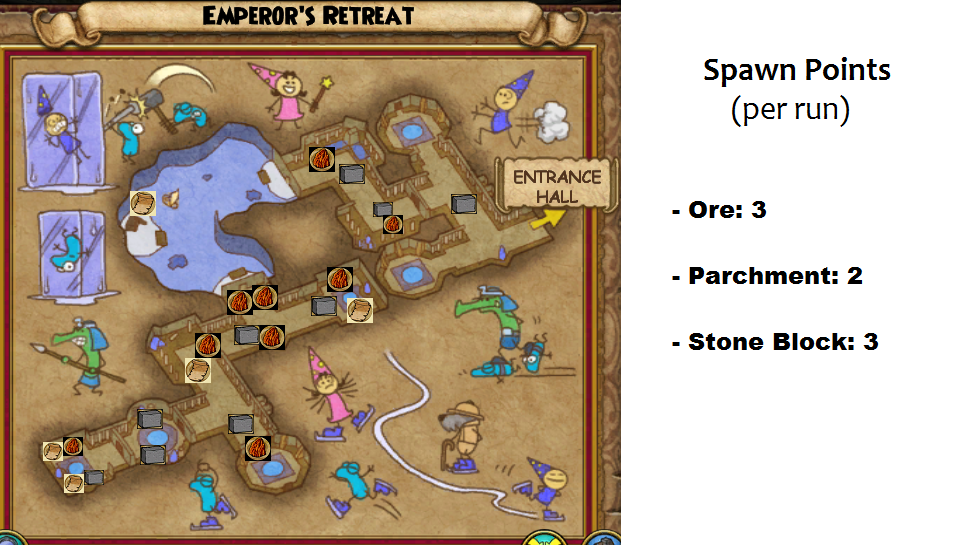 This Emperor's Retreat map, which I made while hunting for the Silver Streak fish, is fully complete. There are no clashing colors and all the spawn points are identifiable. In the end, that's my goal -- for easily readable maps of every area in the Spiral.

Making a reagent map is not a revolutionary idea. After crafting was introduced in the early days of Wizard101 blogging, The Evil Theurgist created many maps, which I believe ran up to Mooshu. Unfortunately, most of that data has been lost. But the idea was not unique. Our own Friendly Necromancer contributed his share to a growing database. Wizard101 Central's guide, "The Crafter's Bible", filled in reagent maps for all of Wizard City. Over 5 years after the release of crafting, I just want to continue the work of others and finally establish a completed database. That will take a lot of time, no doubt, but crafting will likely never lose its practicality, so the information will remain important.

In the meantime, you can check out the maps I've done - including the majority of Dragonspyre - right here: http://twoheadedwizard.blogspot.com/p/wizard101-reagent-maps.html

I'll be updating this page with new maps as regularly as I can. In the meantime, many of those maps will come in handy while out fishing in the multiple lava pools of Dragonspyre! :) 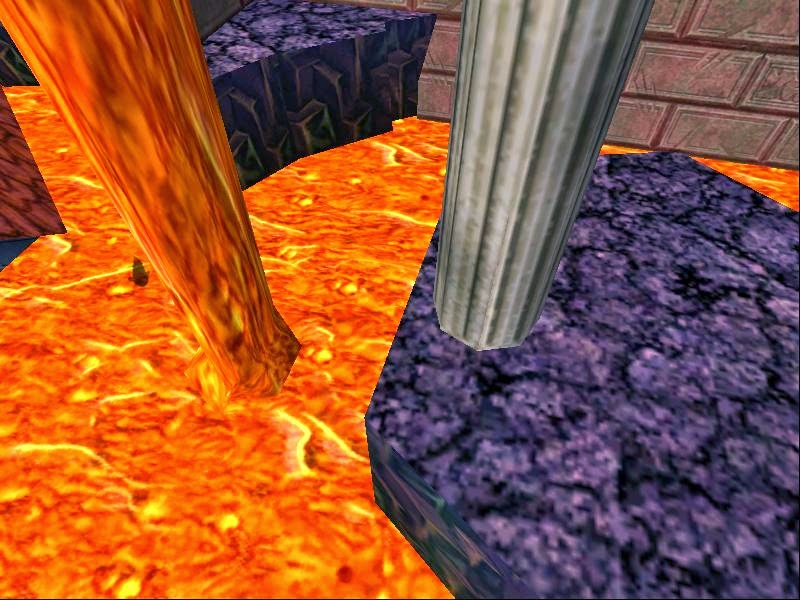