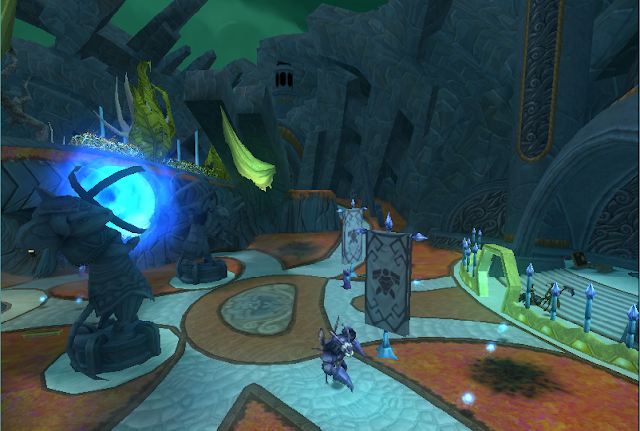 After a lovely tour of Bastion, it's time to start questing with Dyvim .. and encounter more bugs.

I actually made a post (which is still one of the top viewed for this blog) a couple years ago with this poem. Of course, the pictures are gone now, but it's still a nice Vets Day post. Happy belated 95th! 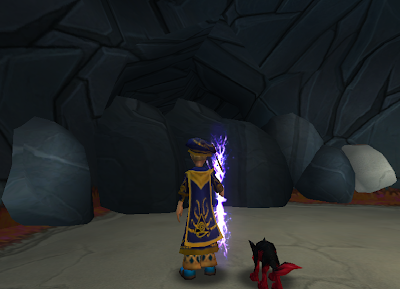 Where's Ratbeard when you need him?! 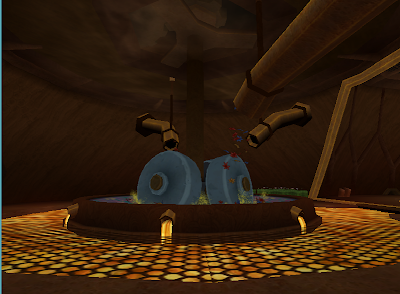 That's a doozzzy of a rhyme! hehe, sorry 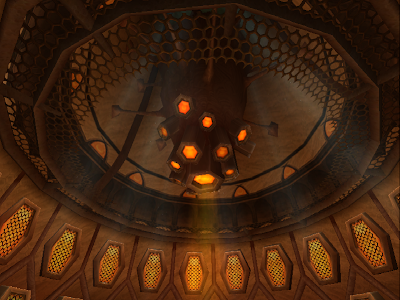 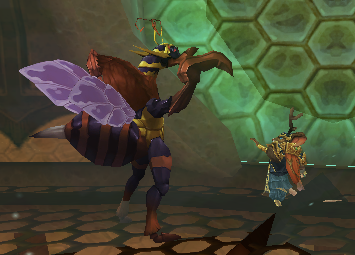 So close, Dyvim, so close... yet so far.
If anyone thinks the end of Azteca is sadder than this plot point, they're probably lying. I didn't really find the end of Azteca particularly sad, it seemed inevitable. But my mouse friend dying? *sob* 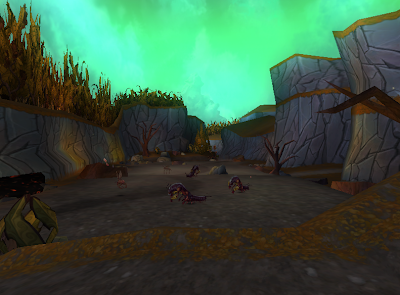 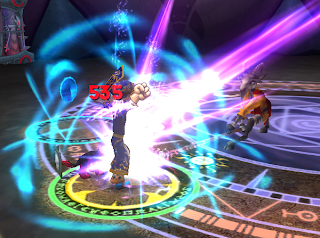 Life bugs sure like their Goat Monks. Kind of an odd alliance. 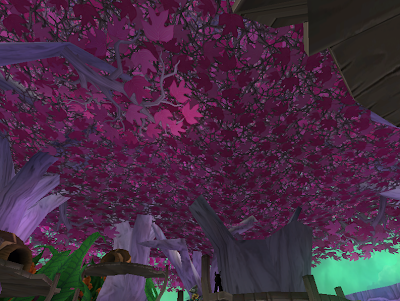 Niiice. Since when did we go back to Mooshu?

Leave my Bat Wings out of this!

I love how they tell me stuff that will obviously hurt their cause when I kill them. 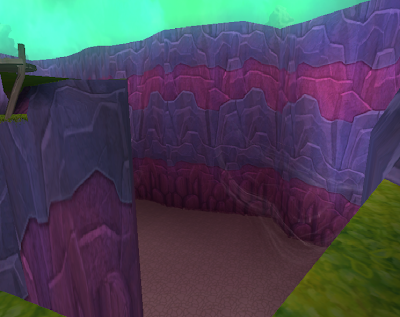 Of all things to encounter here, gorillas? Really? 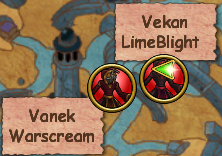 Can you spot the anagram?

What's to be ashamed of? I mean, I already got you the tea.

That's that until Tyrian Gorge, which I should be able to post by Wednesday. Safe travels to those who have already left for Thanksgiving!

I'll end this post with a trivia question, which I neglected to post last time.. probably because that post was long enough. Remember, you can answer via blog comment, Twitter (@arlendawneyes), or e-mail. Please leave your e-mail if you do answer by blog comment - they're moderated, so no one else will see it. If you use Twitter, just use Direct Message towards me.

The prize for this post is: 250 crowns, which you can buy an elixir and mini-packs with!
... Okay, that's a pretty tiny prize. I'll throw in a few cool treasure cards in there as well (I have waaay too many).

With that said, here's the question:

In what Wizard101 area do you encounter a "merfox"?

Oh geez, Khrysalis is out. Now I have no excuse but to finish this post, though I doubt many people will read this no-longer-relevant subject, so I'm doing a little combo-post . I got a new laptop this week, so I couldn't access Wizard101 or make this blog post *before* Khrysalis came out. That said, here's the overdue end-of-Azteca quest post. Hopefully by next week, I'll have done a considerate amount of questing in Khrysalis to make another post by then. Note that I'm writing this while starting Khrysalis :P

Way back in July-August (it doesn't feel like that long ago!), I finally took the final steps towards post-apocalyptic doom. Here, *dramatic pause* is my story. Or the dinosaur's story. Whatever. 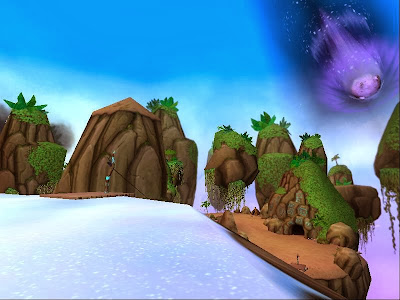 The floating blobs of land weren't so bad. The varied climates and creatures all in interconnected islands was an interesting concept. Naturally, there were a few overly-tough bosses to encounter. 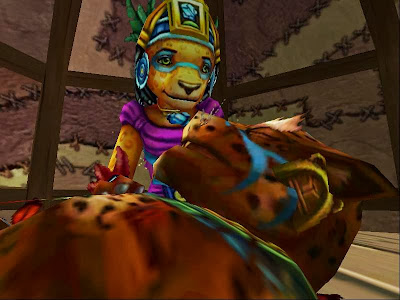 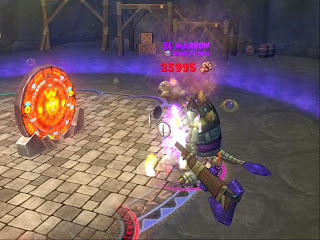 Crushing some bone marrow :D
If I haven't already said before, Azteca is hard. I was felled by mob turtles and pterodactyls several times ... whoops. Thankfully, those guys are losing 20% of their health when Khrysalis is released -> 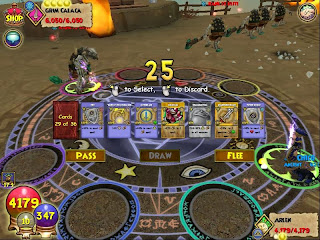 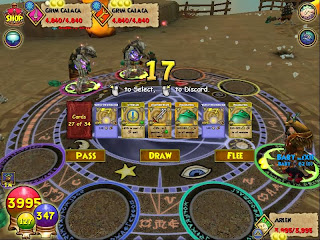 They also lose a pip! None of the bosses have changed health/difficulty, but at least their minions will be easier to take out. I'm nearing the point where I'll have to do Azteca again on 2 alt characters, so the difficulty drop will be a breath of fresh air.

Oh geez...
I ended up hitching a spot in a W101 Central boss-farming event for later Aztecan bosses. Soloing Belloq in Zafaria is one thing, but at 4x the health in Azteca? Nope. 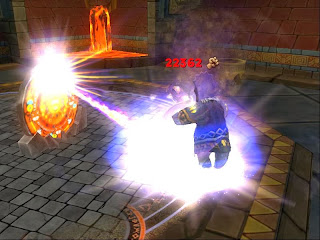 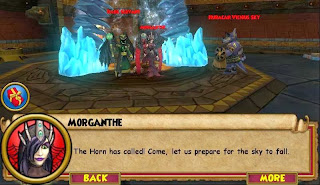 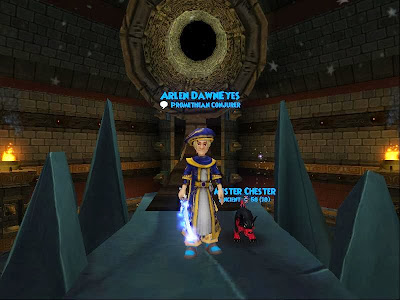 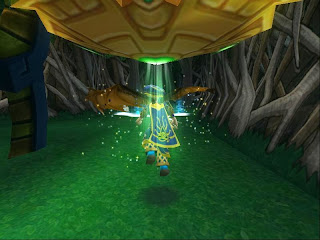 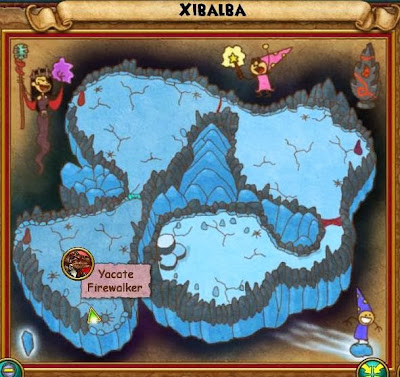 The final challenge! With a bit of help from knowledgeable wizards, it isn't too difficult. 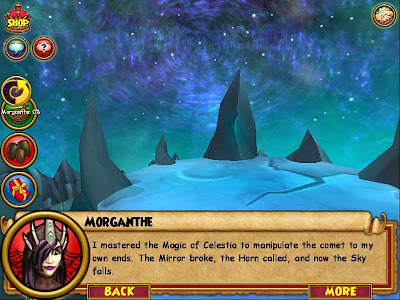 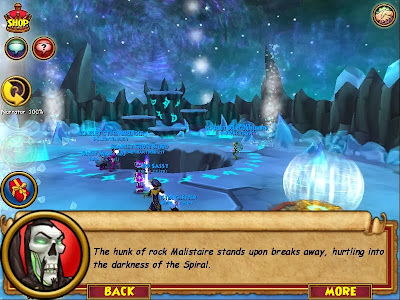 Whoaaa ..
Where'd he go?!
Somehow, the thought of a deranged undead necromancer floating through the Spiral troubles me. Hopefully he doesn't land in Wizard City again. 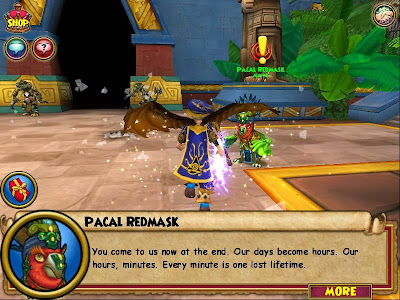 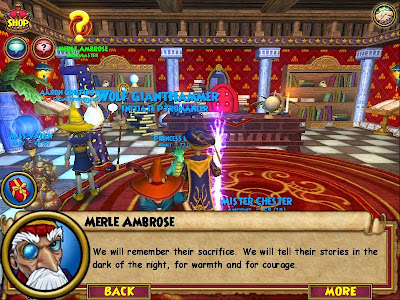 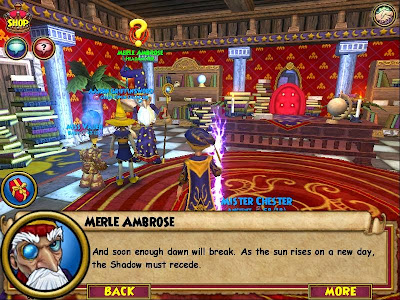 So profound.. it would definitely take me a long time to analyze this passage if I were in English class! 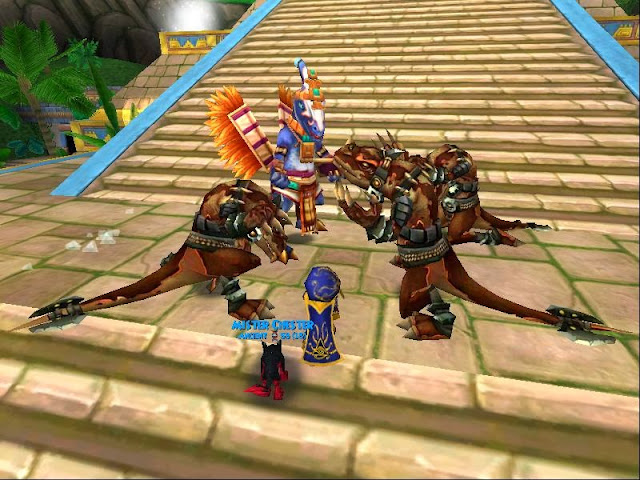 While the outcome is sad, it does make sense - plus we can revisit Azteca whenever we want, albeit in a state of falling meteor shards.

And now, the beginning of Khrysalis!

First, a visit to your neighborhood zebra.

Yes please :D
In comparison, Medusa just does 770. Considering that many bosses are stun-resistant, her double-round stun is moot much of the time. I think Artorius will be seeing some battle action. 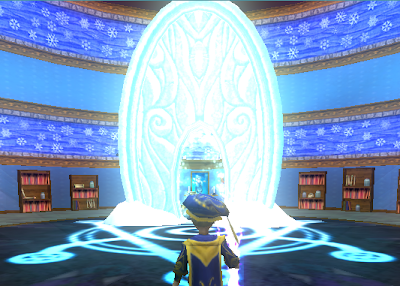 So is this neat portal always going to just stand here in the Ice Tower now? 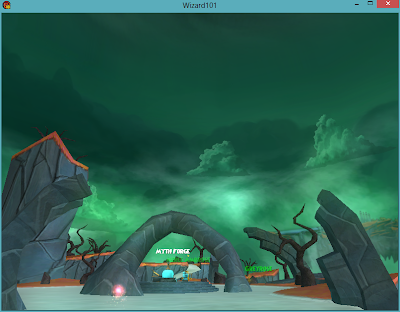 First glimpse of Khrysalis. Like the last world of the Malistaire saga, the sky is of one color - green this time. I sense that I'll like Khrysalis about as much as Dragonspyre the first time around. Long, generally dull, but with an explosive finish that everyone will like. Just a few more months until we know.

Is this how they create all spiral keys? This is some pretty twisted stuff. 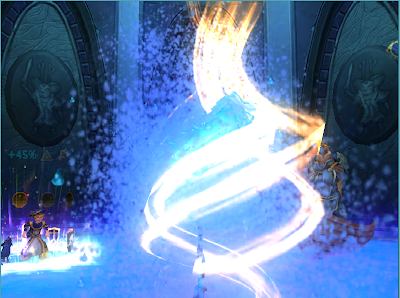 Trying out the new Artorius spell, which is essentially him summoning a water serpent. 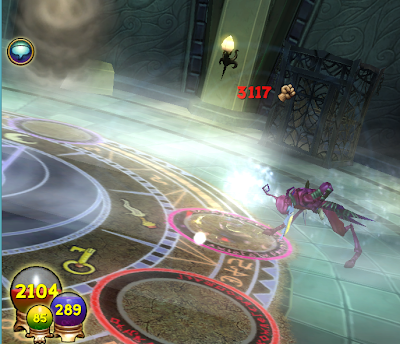 And that's that for Bastion after saving a cute warrior mouse.


I feel fairly certain that the first half of Khrysalis won't take me 9 months to finish. Or so I hope.
Be prepared, Morganthe.

Now it's time to get some more instructions from my new mouse friend, Dyvim.

Happy Questing!
Posted by Anonymous at 4:30 PM No comments: