While perusing some old posts for my latest post on the Labyrinth, I stumbled across an entry from August 2010 that was actually pretty interesting -- Top 10 Lists. Given that David Letterman just retired, I feel a post full of my favorite things across Wizard101 and Pirate101 is only fitting. And so, I bring you another "Revisited" post, although this time, there are going to be some pretty different lists.

Top 10 worlds in Kingsisle games
- For the sake of argument, I'm leaving Skull Island and Wizard City out of qualification, as I wouldn't know where to rank the real hubs of Wizard101 and Pirate101.

10. Aquila (P101):
It has its share of frustrating long quests. The mythical monsters, though. And that Odyssey-inspired trip and final showdown with Antinous... great stuff. As long as you don't bide all your time here in the two years since Pirate101 released it, Aquila is quite interesting.

9. Khrysalis (W101):
Speaking of long and frustrating quests... despite being a grueling challenge most of the way, Khrysalis seems to have an unlimited share of moments that are purely epic. We put Morganthe out of her annoying misery, and, well, Khrysalis has Dyvim Whitehart. Enough said.

8. Krokotopia (W101):
I've come to appreciate this world over the years. Yeah, it's mostly nostalgia. After all this time, though, the pyramids retain a sense of familiarity and mystery at the same time. I've been looking forward to questing through the land of manders and crocs once again.
﻿﻿
7. Marleybone (P101):
We can't get enough of the Armada, from Beachhead to Trafalgar. All the same, the admirable Admiral Nelson does win in the end. Apart from all the war stuff, there are some very intriguing Radicals, gang members, and sweet little orphans to deal with.

6. Avalon (W101):
I really like how Kingsisle somehow managed to make every area completely unique, even as you would think this world would be pretty straightforward. The whole missing sword plotline is annoying, yet I'm always amazed by the characters and settings just around the corner.

5. Celestia (W101):
Admittedly, some of my love for Celestia may stem from just making it there after all those months of impatient waiting in 2010. It really does mark an interesting turn for Wizard101 as a game. Almost nothing was the same afterward. Celestia, though, just felt like a magical underwater adventure.

4. Grizzleheim/Wintertusk (W101):
The longer, the better, in this case. Grizzleheim is kind of boring, it's just the scenery that's so amazing. Wintertusk is mercifully shorter while retaining that beauty and adding an extra challenge. Still, lots of memories were made at Jotun and the Raven$ (ever realize that certain bosses in both GH and WT have always been relentlessly farmed for gold?)

3. Mooshu (P101):
Somehow, Pirate101's Mooshu adds an entirely new dynamic to this amazing world. And not just at Moo Manchu's tower. We get giant turtles, Shiruko Neko, and villains with names that would be better served at the Chinese restaurant downtown.

2. Marleybone (W101):
Okay, if the sidewalks haven't been nerfed enough for everyone else to love this world like I do, just go through it again. Steampunk dogs and cats and rats are all engaged in late night shenanigans. It's Sherlock Bones versus Meowiarty. I could go on all day.


1. Mooshu (W101):
I looove the setting, the way we get drawn into the story, and just, I don't know, ninja pigs? The Tree of Life will forever remain my favorite dungeon for the secret bosses and really ethereal pre-dawn feel. It's a struggle to come up with a bad memory, frankly. Mooshu is so mooving.


Best Wizard101 music themes
- For this list, I decided to deviate from the Top 10 style, instead compiling 32 of my favorite themes (30 from Nelson Everhart, 2 from Nick Jonas) in the game, and breaking down my absolute favorites bracket-style. There were a few decisions I had a really tough time deciding (denoted with an *asterisk), so I went to former blogger Alia Lotuspetal for a second opinion. Winners of the first round are bolded, winners of the second round are projected on the right, and the final four are underlined.

I was all but done with this list when I realized that I completely forgot Celestia. Oops. Just as a side note, I'm adding my favorite Celestian theme as the #5, which happens to be a pretty accurate placement.

5. Floating Lands
This is the one area where the music just initially stood out to me. Never mind that it's the only above ground area in Celestia... me from 5 years ago loved this tropical ditty.
4. Last Wood
In this theme, Dyvim's homeland is evoked very well. I can see all the pretty flowers and streams of Khrysalis' Last Wood mixed in with all the blight brought by the Shadow.
3. Yoshihito Temple
As mentioned earlier, the Tree of Life is my favorite dungeon, and this brings back those memories more than anything else. It's also an appropriately beautiful and somber theme for all the spiritual undead stuff going on in this area of Mooshu.
2. Wizard City Tower
If you need a break during Golem Tower, just stop and turn the volume up for a bit. This theme seems to incorporate jack-in-the-box tunes, Marleybone's steampunk, and Celestia's angelic feel. It's like the hidden masterpiece within Wizard101's free content areas.
1. Azteca Zultun


I only really paid attention to this theme in the summer of 2013, months after Azteca was released. Then I made a point to fully immerse myself in it. You can almost feel the imminent despair amidst the current thriving life in the jungle. It's a bit of a shame that the Apocalypse theme, while also beautifully haunting, takes over the entire world after the completion of Xibalba. I didn't love questing here, but the second half of Azteca is very nice in its own way.

Coolest fish
- Difficulty, type of fish... none of that matters. It's all about how cool they look. And yes, I'm going with the bracket of 32 species again. (Compiled with help from Duelist101's guide and Swordroll's guide)


Black Catfish vs. Be Mine Fish
-- Codfather
Boss Hog vs. Codfather 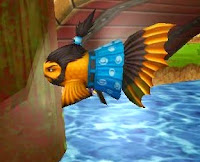 2. Freshlava Smelt
This new fish has a really sleek orange look, like it's brimming with steel and lava. Also, I really like the screenshot on the right that I took.

1. Codfather
I didn't exactly expect to settle on Codfather from this list. He's just, you know, the Codfather.

Top 10 Cool Companions (so far)
- As a disclaimer, none of these companions will be Buccaneer or Musketeers specific, as I have never played those classes. Hence the "so far". Sorry, axe and gun wielders.

10. Goronado
The only companion I don't have among this list, I feel the need to include him because he just gets stuff done when I see other pirates use him. And, you can only unlock the ability to pay for him via a Heart of Darkness showdown. That's pretty cool. 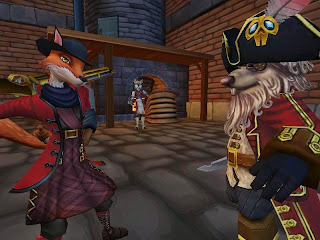 He's just another Privateer-only dude, but he's also a knife-wielding unicorn. Those three words give him a spot here.

8. Bonnie Anne
Ah, let me just admire my appearance in the mirror before blasting this guy behind me. That move is pretty sweet. Not to mention her really interesting Radical background.

7. Sarah Steele
A fencing mouse is bound to have a lot of good qualities: cute, nimble, and deadly when necessary. Sarah has a nice bit of alliteration going on in her name, too. 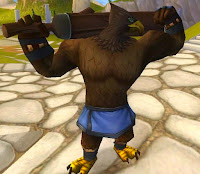 This kickboxing goat just becomes so much more intimidating when he's out battling baddies. He really packs a much-needed punch for Witchdoctors.

5. Hawkules
Unbridled egotism aside, he did trap the Minotaur and smash the heads in of many Aquilan beasts. Strength and a really punny name goes a long way.

4. Mormo
He's really cute! Especially when he summons all those little versions of himself. But I suppose he doesn't want to be known for that.

3. Shiruku Neko
Not only is she a ninja, she's a ninja cat. Plus, you have to save her master from a ninja curse. This is the one Pirate101 side quest that absolutely cannot be skipped. 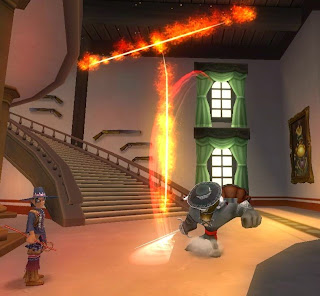 My post about the parallels between the Mongols and the Amber Horde spurred me to create a Swashbuckler, which resulted in this follow-up post about Subodai. One of the most expansive and most interesting empires is represented well in this awesome horse barbarian.

1. El Toro
The man - or bull - behind the mask, El Toro does everything with a flourish. It's a little weird that he married his stepsister, but the whole father-son dynamic we have to salvage humanizes this great hero quite a bit. In battle, his skills are integral to every class. He's the most interesting hero in the Spiral, to say the least.

Four of those was more than enough :P
Happy Listing!

Posted by Arlen Dawneyes at 8:31 PM