As The Crow Flies

Just two years ago, Kingsisle co-founder J. Todd Coleman left his position to pursue other endeavors. His influence in developing Wizard101 and Pirate101 was enough that I wrote a post wishing Coleman the best of luck.

Now, he and Gordon Walton, another veteran in the gaming industry, are on the verge of releasing Crowfall. This unique MMO will be the first release of ArtCraft Entertainment, the company Coleman moved onto. I wouldn't know where to begin in describing it, so check out their Kickstarter page (linky) for yourself. Nearly halfway there already! Congratulations are in order for the old Headmaster Ambrose :)

Wizard101 wasn't Coleman's first project. He oversaw another popular MMO, Shadowbane, earlier in his career. Similarly, the W101 and P101 community has never been solely dependent on Kingsisle enthusiasts. The first major bloggers and podcasters had past involvement in countless MMOs -- without that experience, Friendly and Leesha would not have become Tom and Leala, the community managers.
Similarly, more W101 and P101 bloggers are branching out to revamp or begin new sites for coverage on multiple MMOs. Here's a couple of them!

Seeing all the amazing work being done by others begs the question ...
what are my future plans? 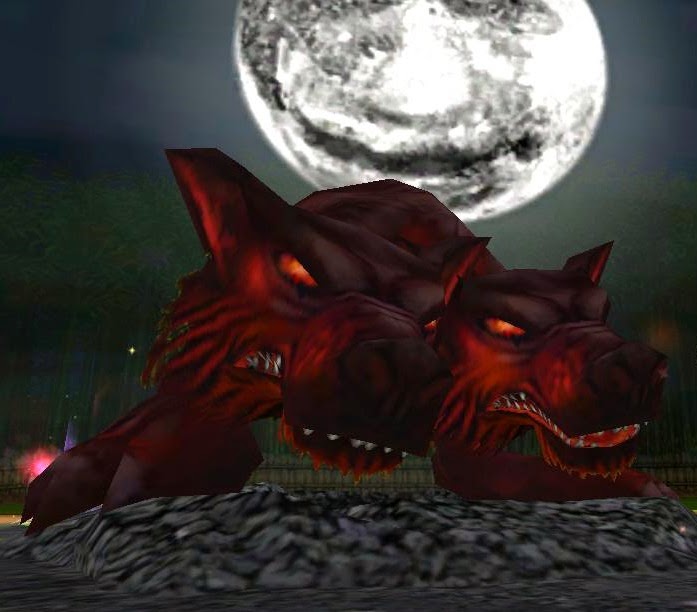 I won't have the time or energy to keep up with Crowfall. I have played other games, but this site will remain centered on Wizard101 and Pirate101. In fact, I have an end date in mind for my blogging days. On the other hand, with more free time on my hands, I can promise that there will be much more content on this blog for the foreseeable future. A project or two is already in the works. When I retire from The Two-headed Wizard (a name I can't believe stuck on :P), I want to be assured that I not only entertained myself, but entertained the readers who have stuck around. You know who you are. Even though new comments come along about as often as an Amber reagent, the 100,000 page views (!) tell me I have an audience. Like the little PBS reminders, this content is made possible by viewers like you. Thank you.

Posted by Arlen Dawneyes at 6:30 PM