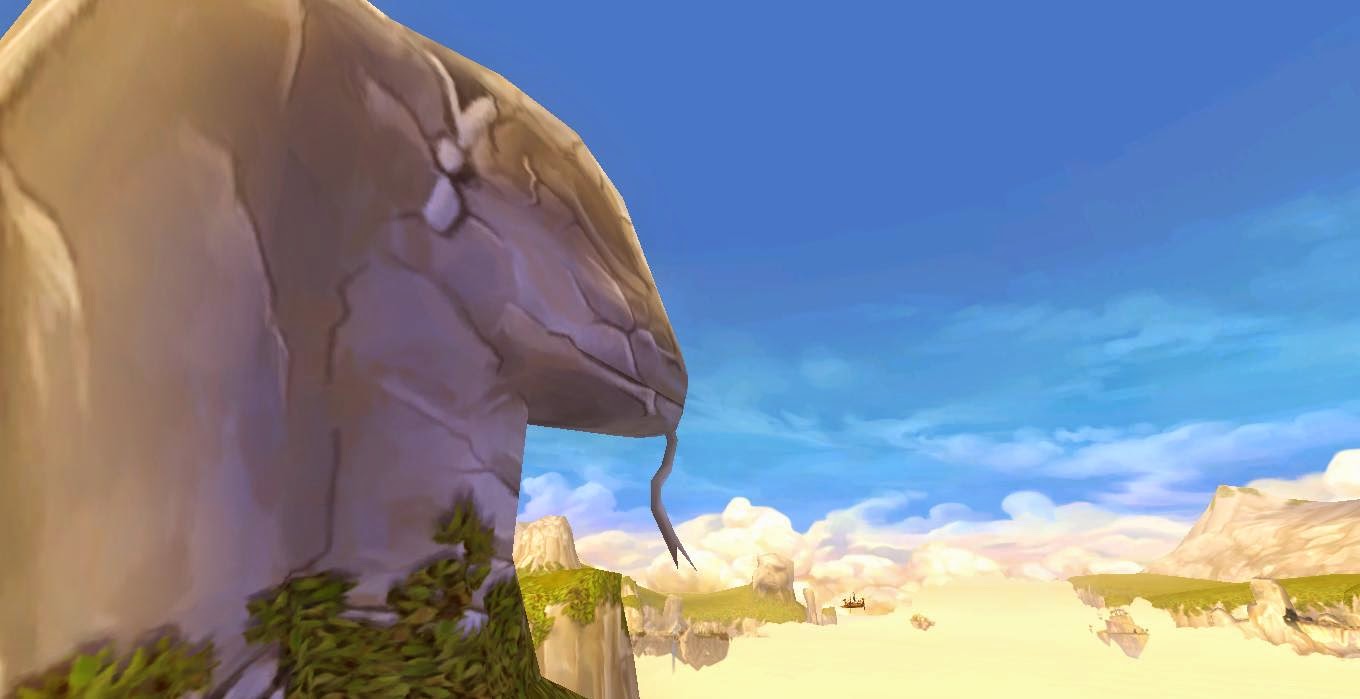 "Cool Ranch by Christmas" was a pretty lousy guess a few months ago -- Valkoor entered the grand world of Aquila as 2014 came to a close. Harder enemies and longer battles in Mooshu and Marleybone had left me pretty tired of the routine, but Aquila's mythical baddies would prove to be the most challenging yet. 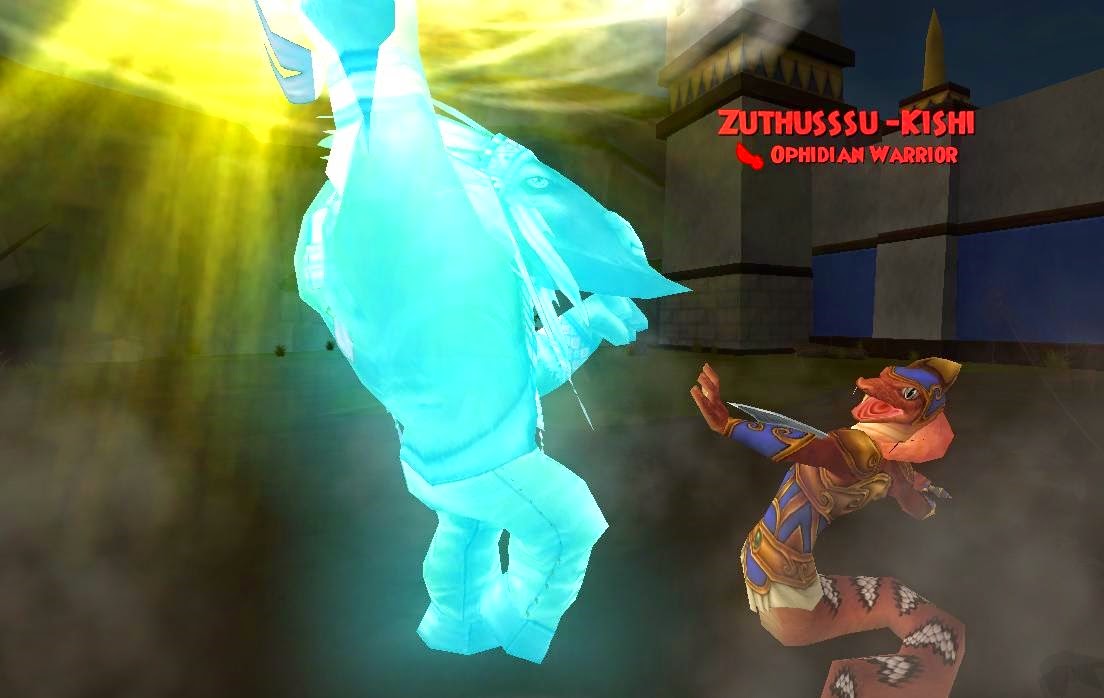 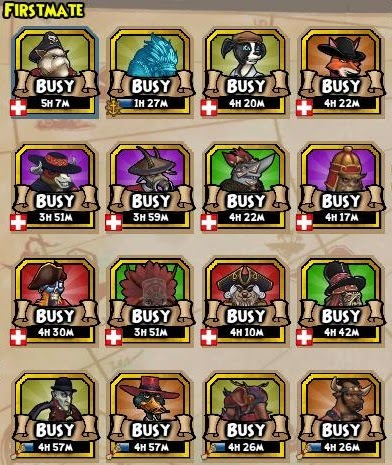 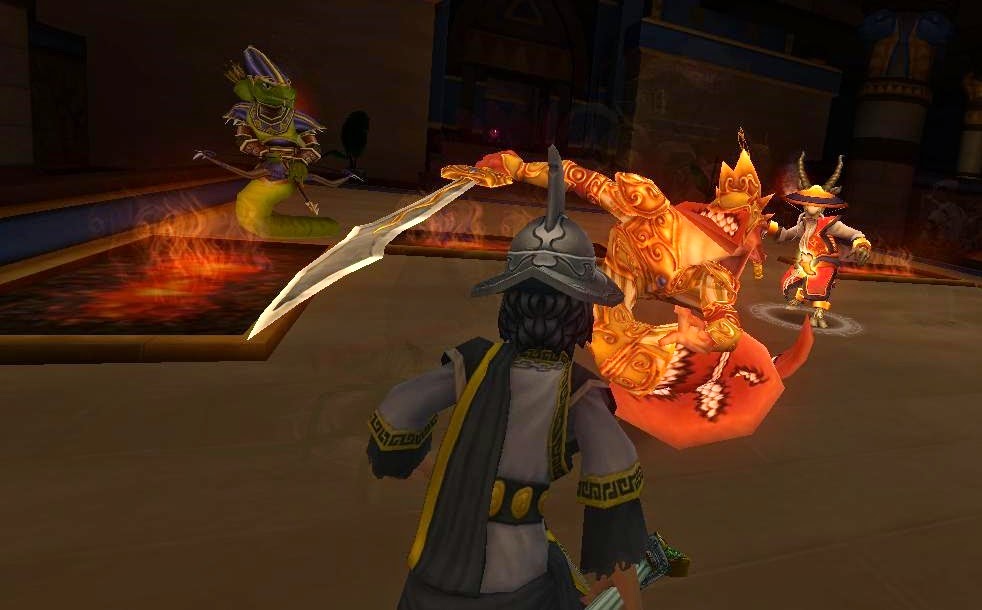 Troy was just Aquila's version of Moomori Clanhold... minus the wedding and kowbooki and corrupt cows... well, they were similar in that everyone died. 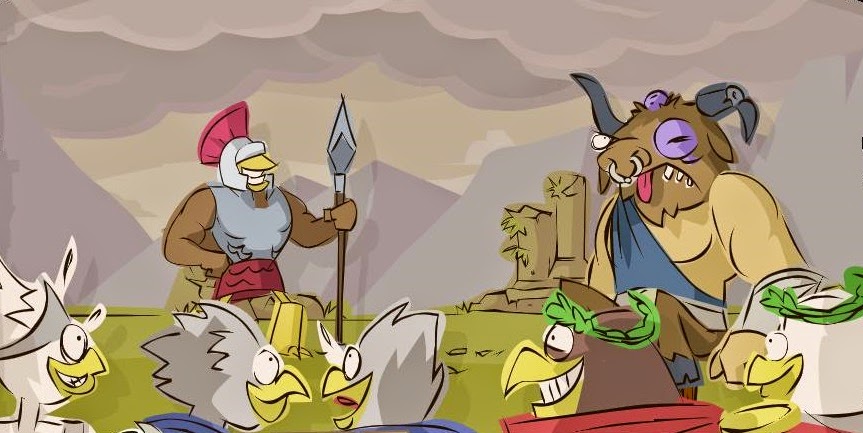 Oh, and I got to see that new puppet show thing.

Aquila has a habit of diverting you to fight for some inconsequential stuff instead of, say, slaying the mythical beasts that are actually important. And those quests are long. Eventually, though, I was given the opportunity to get myself lost in a cavernous maze. 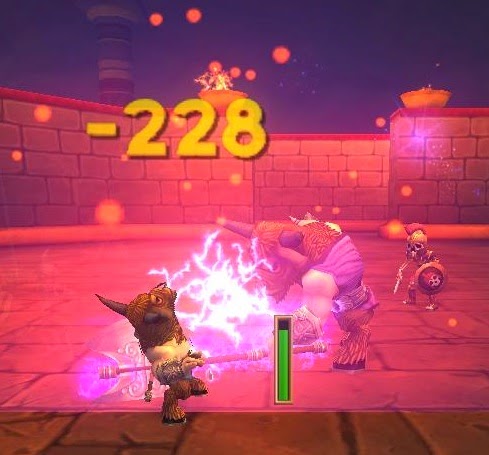 Props to my own long-suffering Minotaur for sticking through the journey. From single-hoofedly bringing down Cool Ranch birds to becoming bait for his own species, Brutus fulfilled his call of duty on this questing mission. 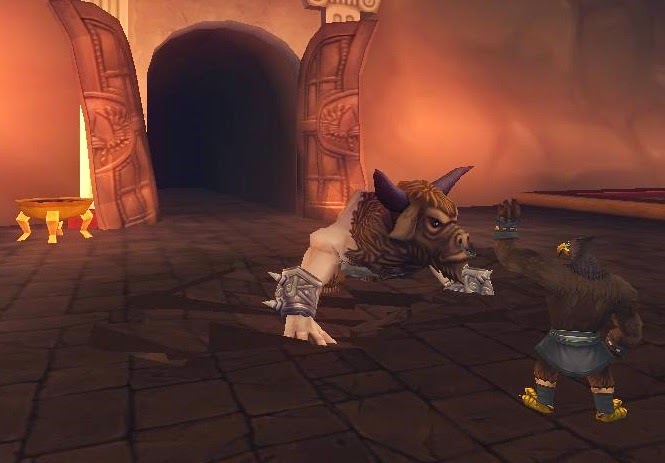 Couldn't have finished it off without the Son of Zeus either.

Still, though, my biggest challenges were yet to come. After catching up to my questing quota, Bat's level 60 promotion and the Hydra waited -- for about a week. It was, after all, a ridiculously long quest for a barely used companion and the hardest battle in Aquila. 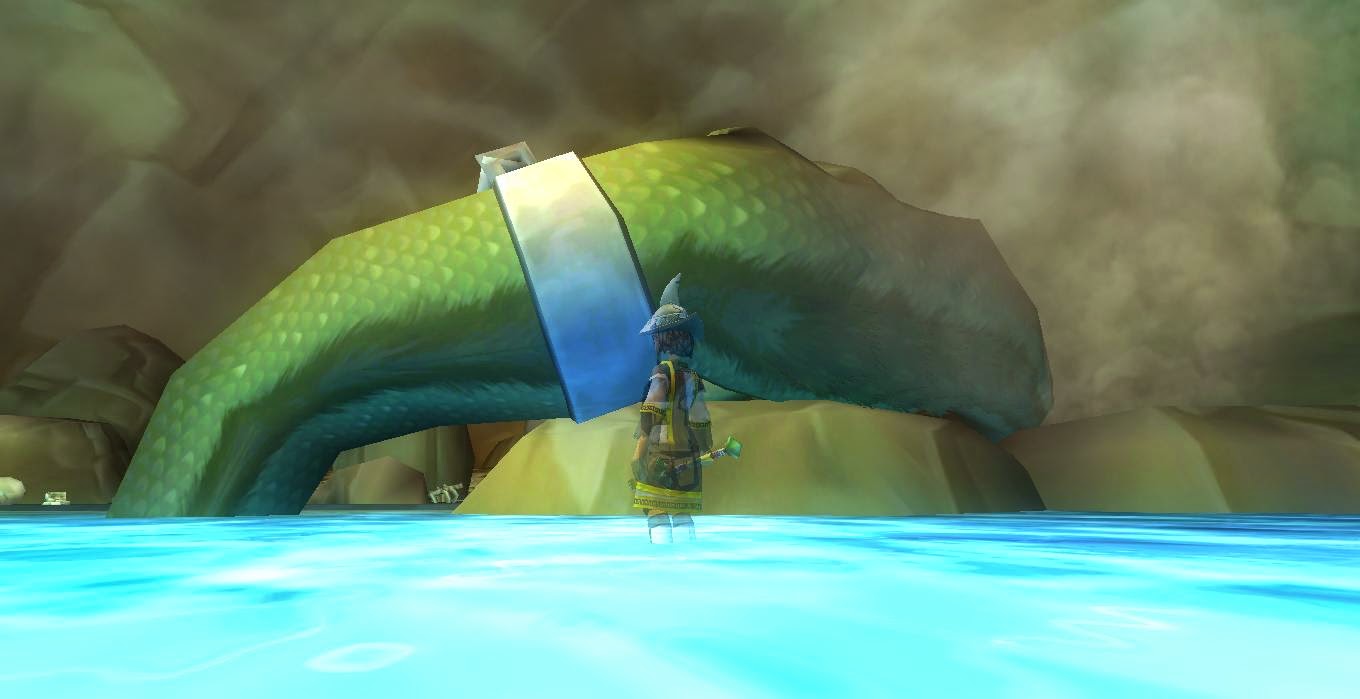 A couple few dozen frustrating attempts later, the magic three-headed dragon who lived by a lake went down in a puff of dust (see what I did there? No? Nevermind).

As much as Kingsisle has been doing to keep us entertained without actually releasing a new world, I think the Hydra battle takes precedence in the bug-fixing to-do list. Glitches mired my weeklong effort at cleanly finishing the battle, and I seriously considered cancelling the solo-only clause of Valkoor's journey. Fortunately, I made it through and got to stand on the pile of skulls -- 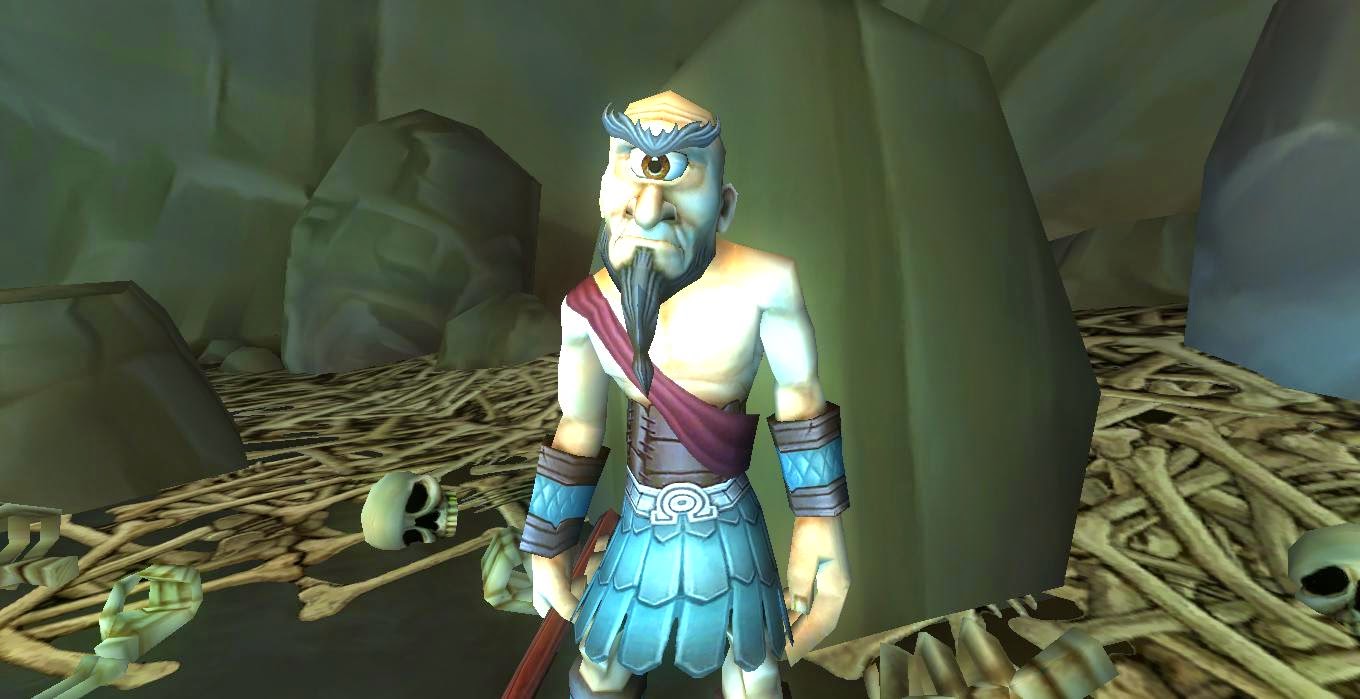 Argos did, rather. That's just gross. 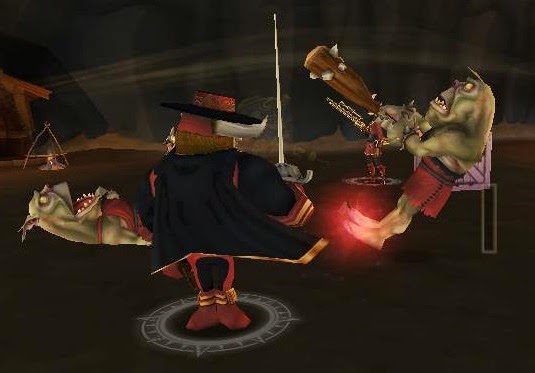 I fervently tried to make up the days of quests I had missed, but trolls were in the way. Trolls, of all things. No glitches here, but that Chief Antiphates battle was a headache. Every companion died (again), so another day of rest was in order.

Thankfully, the trip to Ithaca was easier than I remembered. To beat Scylla, you don't need a great ship, just enough potions to get by. With that, I was on track to meet my goal. 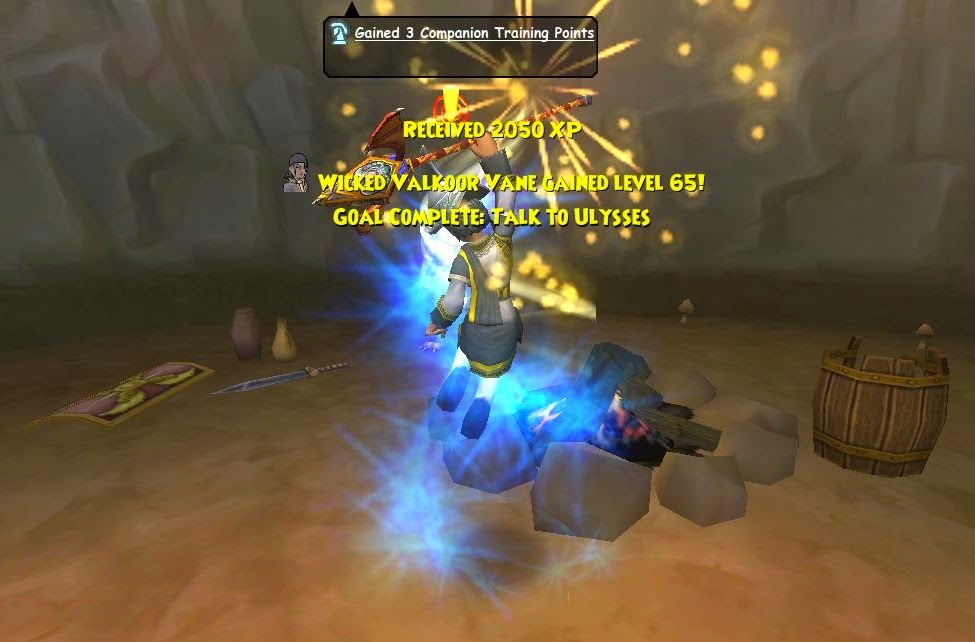 Just a quest or two from the finish line, I hit max! It's kind of nice how the game lets you hit the mark without side quests, but I kind of miss the extra struggle of doing things for hard-to-please citizens :P 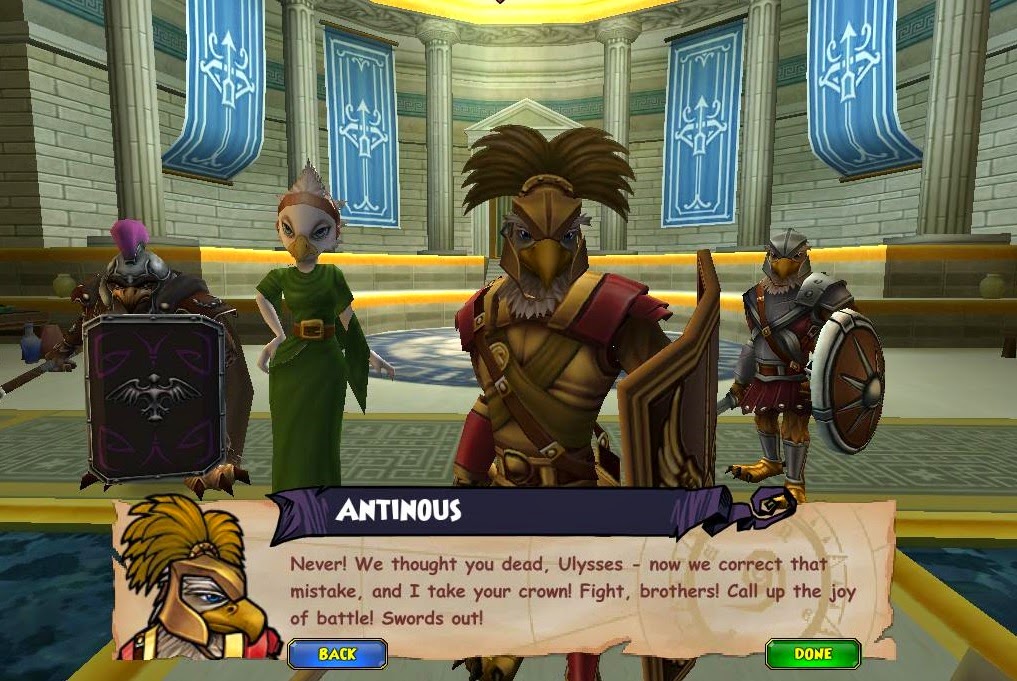 I love the final showdown. It's the perfect piratey way to honor The Odyssey -- mercilessly bringing down abhorrent suitors. 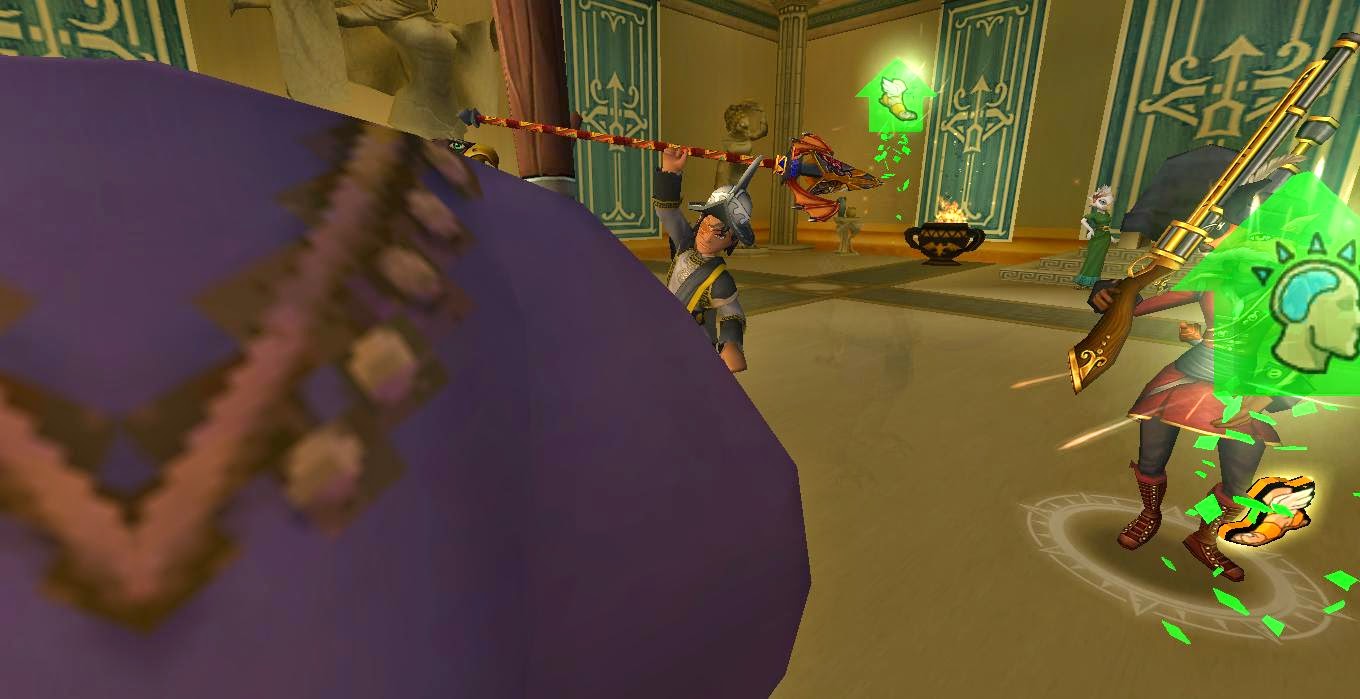 With a photo bombing snake. And a fox. And the avian representation of Hercules. Never change, Pirate101. 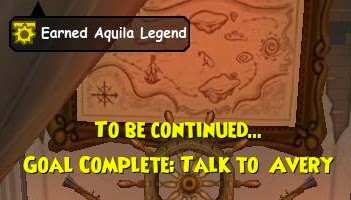 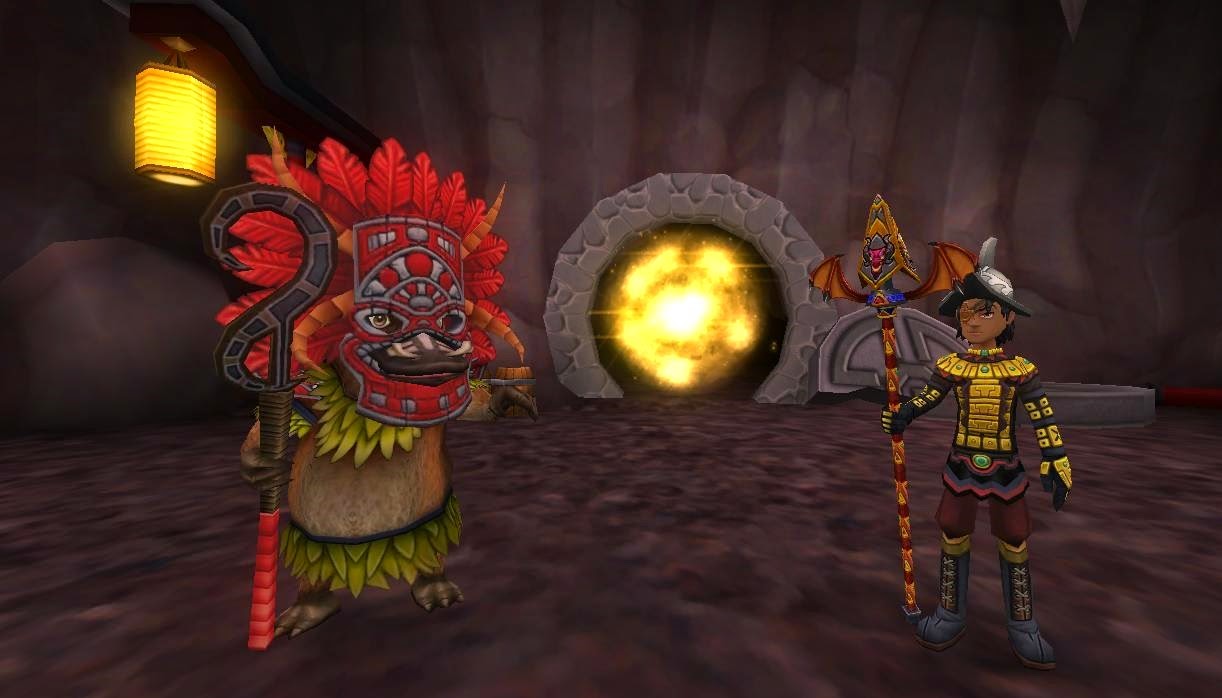 Well, not quite yet. I needed better gear and a much better looking suit. A run of Moo Manchu's tower got one part of that over with. 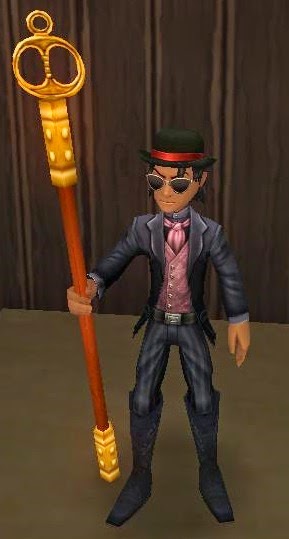 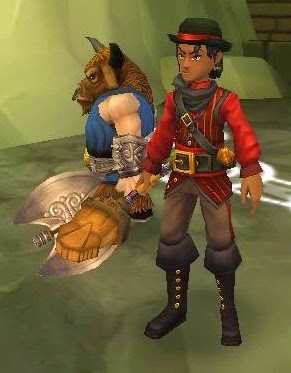 Then came the unique gear farming -- specifically, Red Fox and Sato. My old English Bill jacket didn't quite match the fox's hat, though. I appeared to have a fashion crisis. So, stowing away all of that snazzy gear for my future Buccaneer and Musketeer, I came up with this look. 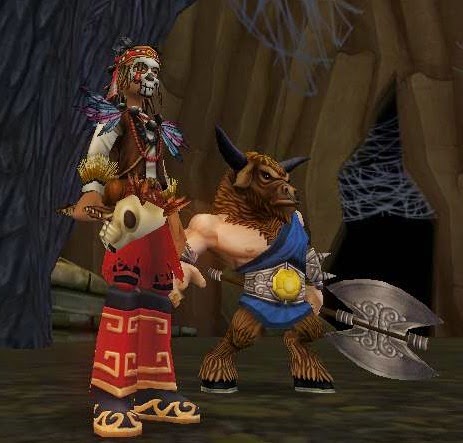 Witchdoctor-y? Heck yes. With that, Valkoor is all set for whenever Pirate101 decides to release new content. It was a fun journey, but I'm glad it's over. Also, remember, Kingsisle: the cap has been 65 for two years...

Posted by Arlen Dawneyes at 8:30 PM